Where did the Story of Anakin Go Wrong?

Reflections on "Revenge of the Sith" 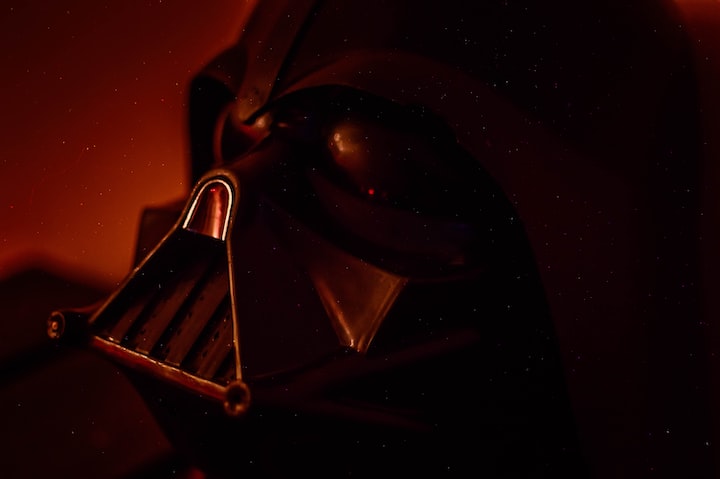 Photo by Inkredo Designer on Unsplash

I watched “Revenge of the Sith” again. Overall it has some of my favorite bits in the films, but it’s flawed. The whole Anakin/Padme thing needed improvement. Basically a lot of Anakin's development could have been better.

To really get a grasp of the situation, you need to remember what we knew from the original trilogy, which wasn't much. In the first film, Luke learns his father fought in the Clone Wars and was a Jedi, destroyed by Darth Vader. We also learn Vader was a pupil of Ben's.

In the second film, we learn Vader is Luke's father and anger turned him toward the dark side.

In the third film we learn Leia is Luke's sister. Luke asks Leia what she remembers of their mother and she says, "Not much really. Images. I remember her being sad." We also learn that Ben hid Luke away so that the Emperor couldn't find him because "the child of Anakin Skywalker" would be of great interest to the Emperor, and used as a weapon against the Republic.

All of that makes perfect sense. Basically their father was a Jedi who was turned by the Emperor, becoming Vader. She gave birth to his children, but he only knew of one child, probably because Luke had the same name. At some point she died, and Luke under the tutelage of Ben and Yoda, could at last challenge Vader and hopefully restore peace to the galaxy. Great story. So where did it go wrong?

So far, so good

In "The Phantom Menace" we see that Anakin as a child is a slave on Tatooine, the very same planet Luke grew up on. Through a series of events, Anakin encounters Qui Gonn Jinn and Obi-Wan Kenobi and they free him from his slavery and take him to be trained as a Jedi. Initially I thought it was too convenient to have Anakin on the same planet where Luke was, given that Luke said nothing ever happens on Tattooine, it's a remote nothing of a place, but it makes perfect sense to have hidden Luke there. Nothing happens there, and the place has bad memories from Anakin's childhood. He hated being a slave.

In "Attack of the Clones" we see Anakin as a teen. Padme, whom he met in the first film, is a bit older than him and they get romantically involved. Anakin becomes friends with Senator Palpatine, who has an interest in him, and Anakin and Obi-Wan continue to defeat Sith Lords. Since Obi-Wan defeated Darth Maul in the first film, and they have now encountered Count Dooku, they call themselves Sith specialists. Anakin, sensing that his mother is in trouble on Tattooine, goes back there and finds she was brutally attacked by Sand People. He kills all the ones he finds and his mother dies in his arms, activating the anger that had been inside Anakin all this time. He leaves Tattooine, never wanting to return.

So we see the wisdom of Ben and Luke going to Tattoine again, which is still good, and we see that Anakin has issues.

We learn Jedi aren't supposed to have romantic or marital relationships. It clouds their feelings. But Anakin and Padme are involved and they secretly marry.

This kind of presents logistical problems. Anakin and Obi-Wan are fighting in a war. They have assignments. Padme has things to do. Yet she and Anakin have scenes together. When are they finding this time?

Lucas also noted that he was trying to show the Ben/Padme/Anakin relationship at this point as a triangle. She respected them both, but loved Anakin, Anakin loves her, and Ben may have had an interest in her that was more than concern. It makes sense from a dramatic perspective, but I don't think it ever came off well. Lucas's track record with writing or directing romance is not good, as shown by the Luke/Leia/Han thing, which started off fun and ended up being ewwy, and well, he directed a film about a woman and a space duck.

Then we get to "Revenge of the Sith." The idea was to show that Anakin is now a Jedi revered throughout the galaxy as a great hero due to his exploits during the Clone Wars. He's a bit reckless, but he wants order and fights evil. And there is a lot of anger in him, as seen when he slaughtered the Sand People. Palpatine manipulates events so that he kills Dooku, and he continues to manipulate Anakin, who has been having visions of pregnant Padme dying.

Here's where things go off the rails. The action sequences are great. But again, when is Anakin having time to steal off to see Padme, and go to Jedi Council meetings, and meet with Palpatine? Space travel is fast, but it seems odd. So point one, it would have been easier to just never introduce the idea of Jedi not being allowed to marry. If you want to make Anakin a tragic figure, make him what he was: A great hero and a family man. Easy and relatable.

Next, Anakin and Obi-Wan have encountered Sith several times now, even more times when you incorporate the animated series, which involves Darth Maul returning, and other Sith apprentices. Now, for all anyone knows, Palpatine is just a politician, and Anakin thinks he's a good man. Yet Palpatine mentions the Sith and the differences between Jedi and Sith to him in conversation to him several times and Anakin thinks nothing of it. He's not a Jedi, he's a Senator. Only when Palpatine outright says he has knowledge of Sith techniques does Anakin realize he's a Sith Lord, and his instinct is to kill or arrest him. It's such a significant goof that it's like Anakin was never listening to him. So how does a self-described Sith Specialist not notice when the guy actually is talking about it? It's like a friend of yours talking about recipes on and off again, then saying one day, "I am a pretty good cook," and you say, "WHAT? You can cook? YOU DECEITFUL BASTARD!"

Palpatine of course uses Anakin's worry about Padme as his leverage for teaching Anakin about the dark side, while also manipulating him and the Jedi Council, so that they are at odds with each other. That makes some sense.

Then we have Anakin and Padme again. She's worried about him, he's worried about her. Obi-Wan is worried about both of them. This all would have been more tense if not for the pointless bit about Jedi being forbidden to have relations. If the relationship was out in the open, tension would have been much greater between all the characters, and the situation more natural and relatable. Instead, we have moments of expository dialogue where, as with Jake Lloyd in Episode I, we know that Anakin is angry because he says, "I'm angry." Oh, okay. This hits the blatant worst when Anakin and Padme argue and he says "Obi-Wan has turned you against me!!" This is supposed to mine the undercurrent of jealousy between them that was supposed to have been built between them since Episode II, but it was never demonstrated well, so what we have instead is dialogue showing he's jealous and angry, which is why Anakin then force-chokes Padme.

That's just bad. Everything about Padme from that point is bad. Anakin had never had a moment of anger with Padme before, no tension whatsoever that we had seen. And supposedly in the interest of saving her, he has pledged himself to the dark side and literally just killed a bunch of kids as part of that (I don't mind the politicians he also killed, that's fine. The kids were the shocking bit for everyone). But all of a sudden, when she's shocked by what he did, he tries to kill her? Seems a bit forced. And then Obi-Wan shows up to stop Anakin before he kills Padme. They fight, and it's an awesome fight, and Anakin, now Vader loses. Obi-Wan goes back to get Padme and she lives just long enough to deliver their twins.

That's another point. You'd think Anakin would have known there were two babies in there. Miraculous tech is all around, they should have some sort of thing similar to our sonogram to show there are two babies in there. Also, he's a Jedi. Maybe he could sense there are two babies in there, especially since they're his. But that's minor. What's major is, Anakin has lost 3 of his 4 limbs and the rest of him is horribly burned. They saved his ass. Padme was choked for a few seconds, and continued to live, unaided, for the entire length of the very lengthy Anakin/Obi-Wan battle, but she dies right after childbirth, supposedly of what, a broken heart? That's a bad ending for a good character.

What would have made more sense is if Anakin was fighting in the Clone Wars but had too much anger in him. Palpatine could have used that anger to his advantage and still had Anakin worry about Padme, who was threatened by whatever. Obi-Wan could have been trying to help her. The rest of the drama between Anakin and the Council could have been played up, maybe he's chastised for being reckless, Palpatine capitalizes on that, and then Anakin and Obi-Wan clash over Padme and Anakin, now Vader loses. Vader is recovered by Palpatine, who makes him into a cyborg, and Ben goes into exile with Luke. Vader is essentially a divorced man, living a life of servitude to the Emperor. Padme raises Leia for a few years, but she dies, maybe still of a broken heart or from injuries or even in an accident, and Leia is then raised by Senator Organa. That would all make sense and have been easier to portray, but for whatever reason Lucas seems to have gotten lost in the weeds.

Gene Lass has been a writer for more than 25 years writing and editing numerous non-fiction books including the Senior Dummies line of books and five books of poetry. His short story, “Fence Sitter” was nominated for Best of the Net 2020.

More stories from Gene Lass and writers in Geeks and other communities.