by Aamir Kamal 29 days ago in how to 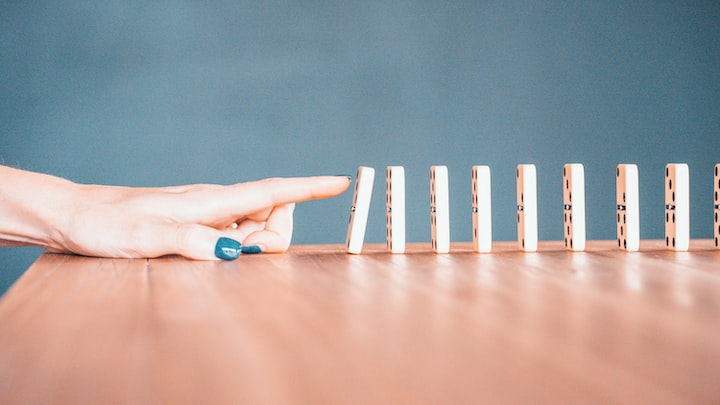 Photo by Bradyn Trollip on Unsplash

How to watch bleach movies in order?

Bleach is a popular Japanese anime TV series premised on the same name by Tite Kubo. The series has used the detailed story of Kubo’s manga while also introducing a few innovative, unique, self-contained plot lines. However, it offers an uncomplicated timeline; so many sequences in the movies will leave you perplexed.

Because it is one of the 'Big Three' Shonen anime, along with Naruto and One Piece, the storylines are more likely the same and might appear connected in most scenes. However, there are some similarities between amazing animation and action, and Bleach delivers a distinct and wonderful storyline.

Released in 2004, Bleach is a shonen action fictional anime series that describes the story of Ichigo. Ichigo Kurosaki, a 15-year-old high school student who becomes a potential alternative Soul Reaper after Rukia Kuchiki, a Soul Reaper, blesses Ichigo with Soul Reaper powers. They only end up killing the hollow. It is designated in Karakura Town.

Even if he feels hesitant to accept the huge responsibility, but over time, he starts to handle his power and reduces more hollows. His classmates and friends also explore hidden abilities of their own.

Bleach seems to have 366 episodes in all total. Not to mention a slew of films, OVAs, and spin-offs. It will take up a significant amount of your time.

However, it will undoubtedly be a thrilling ride from start to finish. Here is a simple and comprehensive Bleach watch guide that includes movies, OVAs, and spin-offs.

The release order of the bleach movies is described below:

The Chronological Order of the bleach movies is described below:

1. Bleach: Memories of Nobody

In December 2006, the film Memories of Nobody made its debut. It's directed by Noriyuki Abe, best known for his work on Boruto.

It also introduces Ichigo and Rukia to Senna, a Soul Reaper who becomes a Shinenju, a being composed entirely of Blank souls.

Senna is taken hostage by Soul Society exiles seeking revenge on the world by demolishing Soul Society and the human realm by pressurizing it to merge with the Valley of Screams. With Ichigo collaborating with Rukia, the two of them experience their greatest challenge in persuading their comrades to assist them in saving Senna.

Memories of Nobody, one of the better anime films, is best appreciated after episode 117.

Released in December 2007, DiamondDust Rebellion was a year after the first Bleach film. The script was written by Michiko Yokote and Masahiro Okubo and directed by Noriyuki Abe once more.

This time, the story revolves around Squad 10's brilliant captain, Toshihiro Hitsugaya. When he and his team are assigned to defend a special artifact known as the King's Seal, the situation immediately goes wrong. As a result of protecting the special artifact, the group gets threatened by an old Soul Reaper widely recognized as Soujiro Kusaka.

Every Hitsugaya fan must watch this movie, which is supposed to be watched after episode 125.

Released in December 2008, Fade to Black, the third Bleach film, was just a year after the previous film. The franchise was hugely successful at the time, so, there is no wonder that they decided to try to get as many films out as possible.

The central plot of Fade to Black begins with a pair of children who can erase the memories of even Soul Reapers. However, the main goal of their attack is to erase Rukia's memory and then convince her that they were friends a long time ago.

When everybody else appears to have overlooked Rukia, Kon is prepared to help Ichigo memorize who she is, and the two of them end up in Soul Society, struggling to figure out what went wrong with her.

This was the final Bleach film, and it was released in December of 2010, just two years after the third film's release. The lowest income to Fade to Black likely caused this film to be postponed, but the fourth film doesn't fare much better.

Once more, a character has been abducted, and Ichigo has to sort out how to get them back. This has been the most typical Bleach storyline. You must see the movie after you've finished watching Episode 299.

We suggest watching Bleach in the order it was released. Although, there are many fillers in Bleach that you can skip.

Notably, the Bount arc, which spans episodes 64 to 91. This arc is renowned among the long-term audience for having no impact on the storyline. Furthermore, this arc is only for anime fans who are ready to explore the main plot in the most efficient manner.

Bleach is a prolonged anime that could take you more than a week to complete. So, if you do not agree with that level of dedication, you can also check out the list of short anime available on the internet that could be watched over the weekend, after all.

Read more chronological orders we have published on Vocal:

The Chronological Order of The Twilight Series