What is the right order to watch the entire DC Animated Universe? 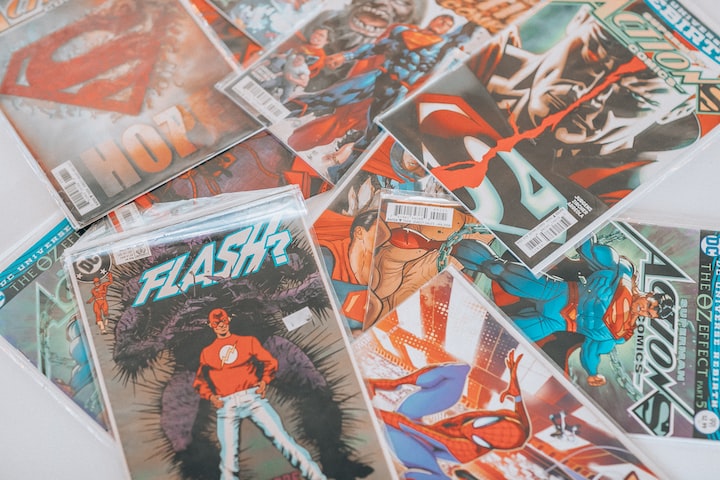 For more than a decade now ever since 2007, Warner Bros have always produced a vast collection of animated films surrounding DC Comics characters. Every series under the category of DC Universe Animated Original Movies features the likes of Superman, Batman, wonder woman, Cat woman, among other characters. The producers are always consistent in releasing the animated movies and their schedule includes about two or three films in a year. Notably, the featured movies have the same continuity while others follow their unique sequence; all in all, they provide an eclectic mix of films.

For the newbies who wonder where to start with DC movies, the article lists which films share a connection and films with standalone stories.

Released in September 2007, this American animated superhero movie streams from the DC Comics storyline entitled ‘the death of superman’. The film dwells on the demise and the return of Superman; it is the first-ever film produced in the franchise as a DC Universe animated film.

Released in March 2008, the film is an anthology containing several tales featured within the events of the entire film. Superman is depicted alongside other characters like Batman, Green Lantern, Wonder woman, Flash, and Martian Manhunter. All the heroes in the film face a common enemy and they need to overcome certain fears and suspicion against one another to defeat the enemy, a formidable creature who is tough to defeat. All superheroes have to combine their powers to overcome obstacles in their fight against this creature.

The 2008 film is a six-story anthology film that includes new and old villains teaming up against Batman. The six segments in the film shows how the DC superhero Batman battles against villains including the mob of Gotham city. Originally, the film was meant to be produced between the 2005 and 2008 films, Batman begins and The Dark Knight but the producers opted for six segments that could be placed easily into any Batman continuity.

At first, the film was advertised with an entirely different storyline from the one we know currently. The original version involved the Greek God Ares who managed to escape Paradise Island to capture and gain control on a mystical item known as the Hand of rage; the item would result in world war III, however, this storyline was eventually dropped. Wonder Woman, released in 2009 focused on the superheroine with the same name; this plot features a reboot of the character in the Gods a Mortal arc that started wonder woman’s second volume in 1987. This is the fourth film released by Warner Bros in the DC Universe Animated original films.

It wasn’t long after the release of the Wonder Woman original story that the animated film Green Lantern: First Flight made its debut. Thanks to the talented artists that contributed their unique talents to the table since the nature of the animated production accomplished more in 77 minutes than any live-action based adaptation could under two hours. Green lanterns form a group of intergalactic police forces that patrol the specific universe and each of them has a unique ring they wear that gives them unique powers to materialize any of their thoughts to form green energy constructs. The rings give out energy to construct whatever the green lantern thinks of and their imagination is what fuels their abilities.

Released in September 2009, the DC animated superhero film Superman/Batman: Public Enemies is a 2009 film that focuses on Batman and Superman working together to keep off a meteorite from hitting earth as well as taking down a foe, Lex Luther who is the president-elect of the United States. The sixth film featured among other DC Universe animated original films received mixed reviews following its release.

In this animated superhero movie released in2010, Batman finds out there is a mysterious girl, a teenager, who possesses super-human powers, and more interestingly, the girl has some sort of connection to superman. The villain in this film, Darkside discovers the existence of this girl; the following events take a deadly turn when this evil lord of Apokolips starts a fight against the superheroes. Supergirl and Superman are the main characters while batman is the supporting character of the film.

The American animated superhero adventure film, under the red hood, brings in an evil character from the past in a dark knight’s crime-fighting career. The villain forces him to revisit the most unforgettable event in his career. In the film, Black Mask, a crooked and disfigures character takes control over the criminal underworld in Gotham City, but he is soon overtaken by the Red hood whose appearance is somewhat mysterious. Violence gradually takes over and in the outworking of the truth, the caped vigilante is shocked to learn the identity behind the mask.

The tenth film of the DC Universe animated films, All-star Superman was released in early 2011. In the film, Superman archrival, Lex Luther makes sure that superman receives an overdose of solar radiation. Even when the saturation of solar radiation boosts superman’s powers, it slowly kills him. The film makes it among the most ambitious productions ever released by the DC animated original films.

The eleventh film in the DC Universe animated original films sheds more light on the rich mythology surrounding the Green lantern and his universe using six interconnected chapters. The film is the second one to use an anthology format after Batman: Gotham knight and it features only one visual style and uniform animation not to forget a linking story. The ancient enemy of the guardians of the universe Krona awaits a battle with earth’s green lantern together with the rest of the members from the green lantern corps; they all tell their greatest adventures to Arisia who joined them as the newest recruit. The tales include those of the first lantern to the events leading to their darkest night.

The film Batman: year one is another DC Universe animated superhero movie that centers on a similar story arc with the same name dating back to 1987. The film was released in 2011; it features Bruce Wayne who returns home after 12 years abroad to Gotham city as a billionaire. Lieutenant James Gordon also moves to Gotham after a transfer from Chicago with Barbra, his pregnant wife. Both Bruce Wayne and Lieutenant Gordon get acquainted with the crimes within a short time and they manage to work together with is seemingly unusual.

Members of the justice league not only form a great and powerful team but also one with lots of personal secrets which they thought were safe. All that changes with the secret intrusion of Vandal savage into batman’s bat cave. The immortal supervillain seeks to learn about each of them more and more; not long after that, each of the leaguers faces inescapable deadly traps designed to bring the downfall of all of them from the information the villain obtains. It reaches to the point of giving hope until the arrival of a young titan and an indomitable knight that fight together against savage; the latter uses this opportunity to plot a bigger scheme against all of them.

The ninth DC Universe animated film under the superman series, Superman vs. The elite centers on the group of elites who are super-powered individuals that are against the heroes. Manchester Black leads the pack of elites and he gains popularity all over the world for eliminating their foes; the elites enjoy the attention and approval they get from the masses however, superman knows so well that they are evil. This confrontation between the elites and the man of Steele causes tension that results in a televised showdown on the moon.

Read more of about the chronological order of the movies:

1. The Chronological Order of The Twilight Series