WandaVision: Your Sitcom and Superhero Dream

by Shannon Anderson 10 months ago in tv

Wandavision's fantastic combination of the Superhero genre and family sitcom 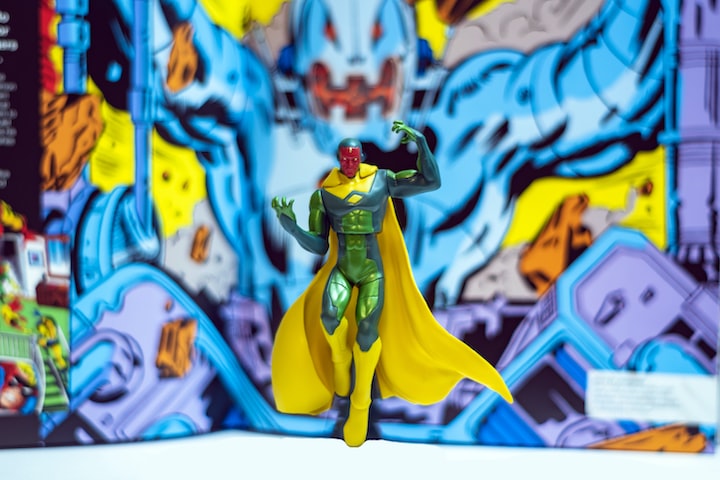 Photo by Gabriel Tovar on Unsplash

During this long pandemic, we have been lacking our regular dose of Marvel movies which usually gives us around three to four movies a year. We have also been missing out on some of our favourite sitcoms with ones like Modern Family (2009-2020) coming to an end. Where has it all gone? Well, about two months ago our wait was over. For both these things actually in the form of one television series.

This series is WandaVision and oh wow was it worth the wait. If you are a pretty intense Marvel Cinematic Universe (MCU) fan like myself, you waited impatiently every Friday for the new episode to drop and answer all the questions you had from the last episode (and give you some new ones). Now that it is over, I thought it would be a good idea to recruit new watchers for it that are not regular MCU fans.

I think the first thing to note here is that you don't necessarily need to see all or any of the other Marvel movies, I do think it is a good idea to do so that you can understand some of the references. Because there are 23 movies and that is a massive commit, I would suggest watching the following: Avengers: Age of Ultron (2015), Captain America: Civil War (2016), Avengers: Infinity War (2018), and Avengers: Endgame (2019). Again, these four movies might be a little heavy as well so I would suggest at least the last two. You could also not watch any of them but you might get slightly confused as the series goes on but I would watch these to have a better understanding of the characters.

Avengers: Age of Ultron will introduce the viewers to both the characters of Wanda and Vision as it is the first movie with them in it. Captain America: Civil War shows more of a development in their relationship. The last two, Avengers: Infinity War and Endgame are the events that lead you into the show.

A majority of the episodes take place in the world of different decades of sitcoms so the likelihood of you recognizing something they are taking inspiration from is high. They use the type of humour that came with the decade as well as the way it was filmed. For example, the first episode was filmed in front of a live studio audience like many sitcoms where especially the ones in the early decades like the 1950s and 60s.

Now for all the MCU fans who have not given WandaVision the time of day yet, I come to you as a fellow skeptic when it came to the show at first. In the first two episodes, I was unsure what I got myself into. I was confused and wondering when the usually Marvel connections were gonna come in and I assure you they do. And yes, it is worth the wait.

Overall I think everyone from sitcom lovers to action movie fans should give this show a chance. From its lovable characters and complex storyline, it really introduces the regular audience to a new side of the universe. It shows the aftermath of their biggest movie yet in a realistic matter and also gives us some more information on characters they haven't focused on before. Check out the trailer down below and watch it on Disney+!

Read next: My Top 5 Netflix Dramas