Travelers on the Orphan Train 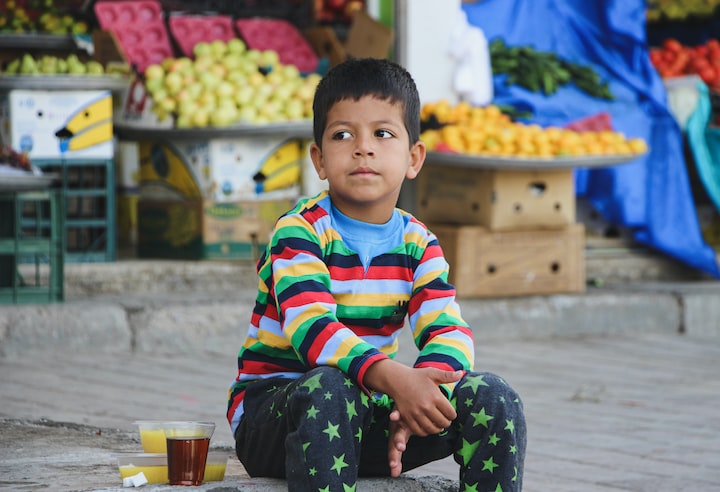 Photo by hossein azarbad on Unsplash

The words abandoned, abused, and orphaned do not sound sweet upon the ear. They are heartbreaking when the word children follows them. New York City was a magnate for European immigrants to America. Many never got beyond that city, which grew to accommodate them. As their resources dwindled, the impoverished immigrants inhabited the baser parts of the city, known as the slums. So many people from so many places massed together, creating a breeding ground for pestilence, which laid waste to many families. By the 1850s, the slums became the unhappy home of legions of orphans, whose parents had died or abandoned them. As the great War Between the States fired up in the early 1860s, this matter was made worse when so many men of immigrant families were compelled to enlist to fight a war in order to get money to feed their families. Many of those men were killed or maimed them beyond repair, spawning more orphans to roam the slums in search of scraps of food. Survival was the daily trial of an orphan.

Philanthropist Charles Loring Brace founded the Children's Aid Society in 1853 in that city. A minister by trade, he channeled his beliefs and his energy into gathering resources from those who had means and a conscience and swooped up as many orphans as he could catch. But, the task was overwhelming. The orphanages filled with them. He realized that those places were people storage for kids, and not the way to replace a loving family that each kid had lost. He got an idea: Get the orphans out of New York City!

Europeans heard the unhappy news of the plight of so many unfortunate immigrants to America. Many of those who followed them were able to plan and prepare to get past the Eastern cities and their slums. Especially, European farm families, blew past the coastal nuclei of humanity by organizing themselves into traveling caravans that moved west. First, they settled the mid-western valleys, and later, they went as far west as they could on the storied wagon trains. Yet, they too suffered the tragedy of death. Brace heard stories of mid-western farm families who had lost children and of those who were barren of children. Desperate for the joy of children in their lives, and willing hands to make the farms work, they turned to their pastors, parsons, and priests. Prayer led to practicality, and to Charles Loring Brace. Again, he turned to the city's wealthy, and with their help, he spawned the first orphan train.

A Child's Point of View

Many of the orphaned children were born in the city slums, and had not seen the world beyond that slum and the orphanage. The idea of going west, on a train, something that they also had never seen, was heady stuff. They would go along with their friends. Their caretakers filled them with hope as they prepared them to look presentable and placed them on the train. The journey was long, weeks long. They ate and slept on the train. Then, something for which they had not prepared happened. The train stopped at a mid-western town. All of the children disembarked to stand in a line on the loading dock. Throngs of people were there, nearly all of the inhabitants of the town. Pastors, parsons, and priests were there, and then magic happened. A farmer's wife said to one of the children, "Darling, there is something about you that makes my heart sing. Can I be your mother?" The poignant moments were very individual, and not all of them were so touching. Older children might be selected for their capability to do farm labor, while the younger ones might be picked to mend the broken heart of a barren wife. With each passing stop of the train, the ritual repeated. Those children who were not selected became fewer in number and more anxious. An unspoken thought passed among those who were left. "Does nobody want me? Will I be returned, alone?" Brothers, sisters, and best friends, were sometimes split up, never to be reunited.

So many stories came from Brace's orphan trains. Most of those stores were untold. Some of them were unhappy stories. But, the majority were uplifting tales of children who were orphans no more. One of the former orphans was Charles William Paddock. In 1919, he was known as "the fastest man alive". Readers may recall this, for he was the American that British runners aspired to race at the 1920 Olympics, illustrated in the book and film called Chariots of Fire. John Green Brady, three-time Governor of Alaska, told then Governor, and later President Theodore "Teddy" Roosevelt how Teddy's own father had been one of the financiers of the orphan train that took Brady out of the slums of New York City. This and so many stories of young lives salvaged, were the result of the ideas and actions of a world shaper, Charles Loring Brady.

More stories from Karpenaru and writers in Geeks and other communities.