*As in- FOREVER, not just in the first 10 minutes of the film or they betray each other in the end, the WHOLE FILM. Also Made-for-TV movies count. 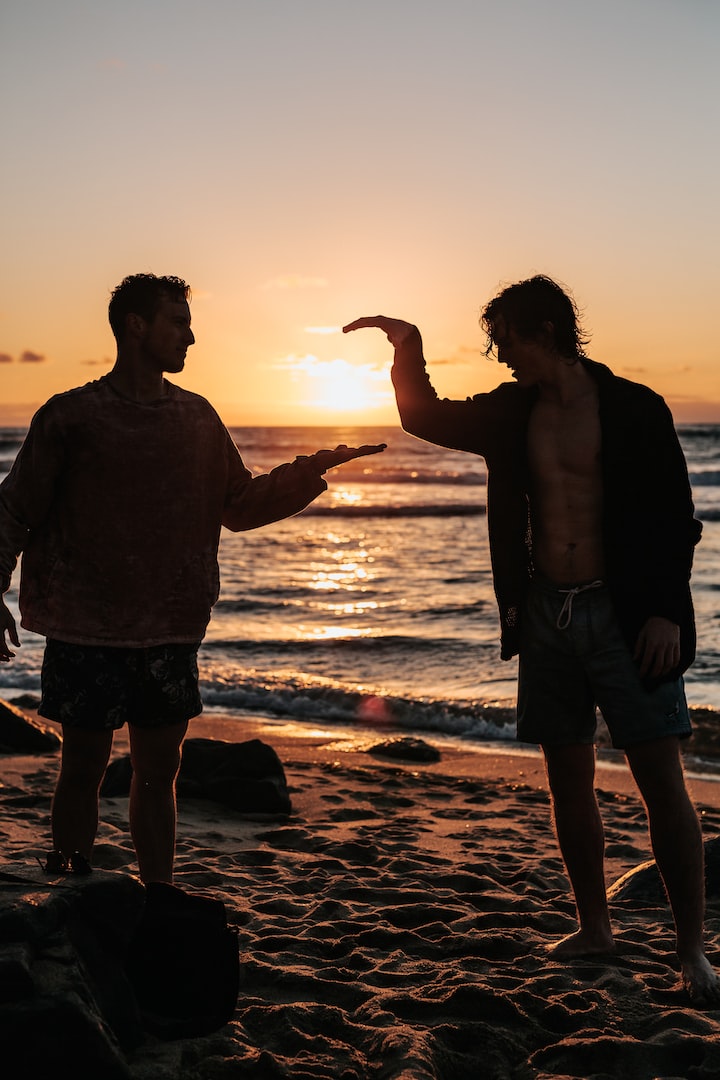 Welcome to a listicle celebrating the magic, and the movie magic, of ~friendship~. I'm presenting 5 of some of the best examples of comradery, affection, and all around excellence to platonically grace the silver screen. Of course there are even more great duos, trios, and so on that showcase the best friendships ever, but, I didn't want to make this too long. Now, let's get to it . . .

Party on Dudes! There was no way I wasn't going to start this list with my absolute favorite, all out rockin' buds. The pinnacle of besties, I wish I had someone to cruise through the space-time continuum, save the universe, and crack sick jokes with. Hell I'd simply like for a pun-pal in the White Castle parking lot. These two most excellent dudes have a dream to stay together, one rock band against the world, for the good of human kind and beyond! Honestly, I think Bill and Ted's Bogus Journey really captures the pure wonderful energy of their friendship the best. Through the fire and the end of the world, these two best bros will always be there for each other, and I think that's beautiful.

I'll admit, this pair stretches my own rules. Their very first film The Force Awakens was a blast, and these two characters had so much . . . oh, charisma, and chemistry, and pure feeling in it; many fans shipped them together as a romantic couple, and I can totally see that (it would be a super cute pairing- better than Reylo, but whatever!)- But! Canon has them as best friends (which is just as important as a romantic relationship), and though the subsequent two films perhaps muddied their strong bond (perhaps on purpose, because of their chemistry) they're still best friends. Poe immediately knew Finn to be a good guy, even gave him a name because he understood that Finn's life may not have been his own before. And Finn knew that Poe would always have his back, and be that person he could turn to for help or a clever plan. Does the rest of my deep affection for these two come from fanfiction and Tumblr? Sure, but you seem judgmental about it?

My loves!! Back To The Future is honestly my favorite trilogy ever, and so these two unlikely buddies are near and dear to my heart. Some might question if they don't better fit the "father/son" dynamic but I don't think so. Marty has his dad, and he loves his dad, but Doc Brown was someone who was interesting and treated Marty like an equal. Not as some slacker kid, or as a meddlesome teen or anything like that but, as a friend and someone worthy of respect regardless of his age or lesser experience compared to the Doc. Doc Brown, in every situation, fully trusted Marty to not only handle a situation but to help him in even his weirdest messes, and in return Marty trusted Doc to not only save the day but give him the adventure of a lifetime while doing so.

Friday is a masterclass in comedy TO THIS DAY. It's just a great example of how meaningful even the simplest things with your best friend can be. Smokey and Craig are well aware that nobody has their backs like each other does, and so when one of them is on the move so follows the other. Their troubles and their amusements are shared, and life can't get much better on the porch they've grown up on. Chilling on the porch, watching the neighborhood drama, watching each other try (and maybe fail) to get dates . . . it was all so normal, and that was the most charming part of the movie. All of that felt normal, even as some events felt comically unreal- but hey, it was a good day. Even better when your best friend triumphs over the neighborhood bogeyman, he gets the girl, and you get to scavenge some spoils of war.

Without compare, these two are the best dressed not just on this list, but in all of Beverly Hills! What kind of list would this be without two of the most iconic teenagers in movie history sharing their gilded "wisdom" with us? We love these two airheads, for their genuine kindness and their privileged naivete- and for the slick one-liners they snap out like their credit cards. Particularly I adore Dionne for being such a fleshed out character even if we don't get a ton of scenes with her. Dionne has her own life, a man, and a deep and sincere love for her best friend Cher. Similarly, Cher adores her best friend and always has her back even if she might be a bit skeptical of her choice in boyfriend material. What I like even more is that Dionne isn't just a token best friend that gets taken off the shelf and brushed off just to parrot words of affirmation and encouragement for Cher- she's present and independent, even when she's not always visible on screen.

Of course, as I stated before, there are TONS of BFF's that are absolutely iconic parts of cinema history. However, I hope you enjoyed this little spotlight on some of the BFF's who I truly believe to be the height of friendship! Who are some of your favorite BFF's or BFF groups that have graced the silver screen?

Did you like this article? You might enjoy another list of mine talking about my Top 5 Disney+ watches right here! If you really enjoyed it, consider sharing this article or leaving a tip! Thanks, have a good one!

Hi I'm Danny! I write about Halloween, music, movies, books, and more! You can chat with me or follow me at Twitter: Danny Fantom @ThrillandFear

More stories from Danny Fantom and writers in Geeks and other communities.