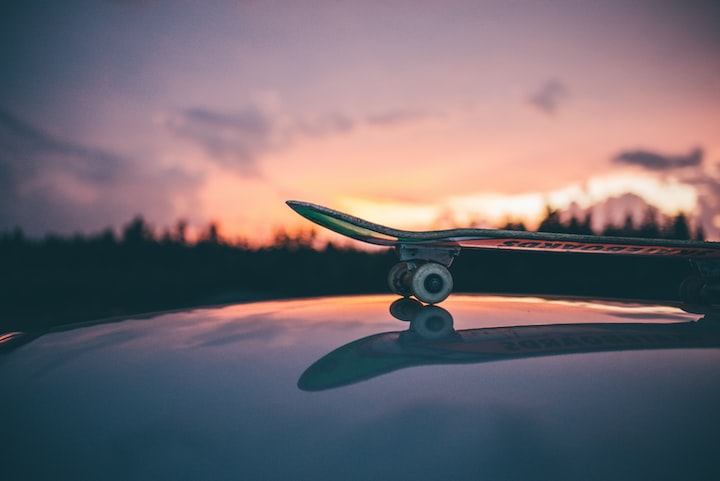 Photo by Oscar Söderlund on Unsplash

I truly don’t know where to begin with this essay (review? I’m still not sure what to call these). I bought this book on a whim at a used book sale, so at least it’s not like I waited years to read it and was met with disappointment.

I wanted to enjoy this one since I enjoyed another Nick Hornby novel, Juliet, Naked. But this one – Slam – failed in comparison.

Slam could have been a better novel if Hornby stuck to one thing and didn’t try so hard to be “relatable.”

Is that too harsh? Maybe.

By no means is Slam an outright terrible novel. It isn't. It just wasn’t my cup of tea. The novel follows teenaged Sam, and his (mis)adventures through sixteen. The format is normal enough – stream of consciousness, much like The Catcher in the Rye – but I struggled to finish this one. Maybe it was the lengthy chapters? Maybe it was a weird inclusion of Tony Hawk? Maybe it was the general disconnect I felt to the novel and its characters that made me not like it overall? And maybe that’s alright. You don’t need to have a deep connection and instant affection for every book you read.

I saw the plot twist early on, despite the lack of direct description on the back cover. Which is fine, the back blurb is supposed to draw readers in, not spoil the whole story for them in two paragraphs. Sam is like any sixteen-year-old boy who accidentally gets a girl pregnant: scared. Scared, but immature. So highly relatable, I’d assume. So maybe I need to rethink my earlier statement – Slam is relatable, to a certain demographic, Hornby just missed the mark a bit.

I’m open to reading nearly anything. There've been very few books I’ve met I didn’t like, and I feel insanely guilty for disliking a book. As a writer, I know what goes into writing, and how personal it can all feel. Yes, some books are just plain bad, but there truly is a book for everyone, and I don’t want my personal thoughts about a book to discourage potential readers. That being said, Slam is one of those books: it’s not bad, it just wasn’t a book that I really enjoyed. The effort to be “relatable” seemed too forced, or maybe it was just outdated. If I’m correct, I believe it was published in the early 2000s. There’s not even a lot I can say about Slam. It wasn’t bad, it had its funny parts, I just didn’t like it. If it’s looked at as a commentary about immaturity and teenagehood and pregnancy, then yeah, it’s more interesting. But I don't think it was supposed to be a commentary more than just a story.

In an effort to be “relatable,” there ended up being a disconnect in the longevity of the novel. If that makes sense. The story itself is relatable and something that happens continuously – teenage pregnancy. That isn’t the point that’s disconnected and unrelatable in the grand scheme of it. I think the part that was disconnected and unrelatable was the setting and how dated it was. It screamed 2005. And not necessarily in a nostalgic way. I’ve only read one other Hornby novel, and Slam did seem different, but it didn't turn me off enough to never touch another one of his novels.

In fact, when I bought Slam, I bought another one and I’m excited to check that one out. Disliking a certain novel doesn’t completely turn off an author for me.