so many incredible retellings, in a variety of mediums 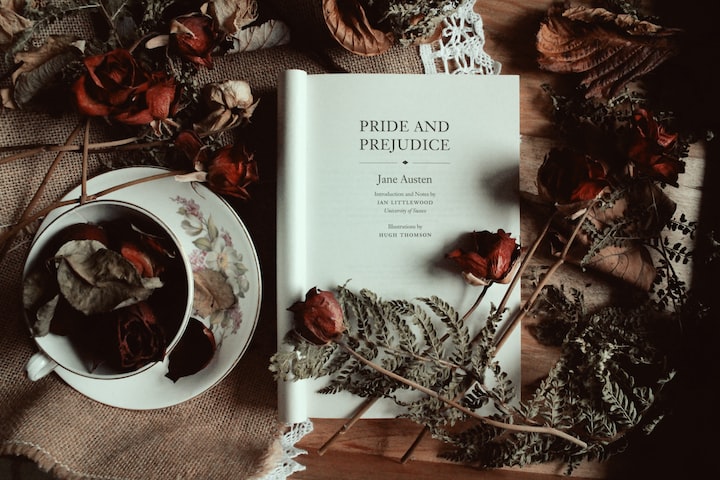 Photo by Elaine Howlin on Unsplash

I'm not a fan of reading classics -- I'm sorry, I know the stories are classic for a reason, and I'm sure they're all very good reads! But I have a hard time motivating myself to try. I didn't read Pride and Prejudice by Jane Austen until my early 20s, and even then I had to immerse myself into some adaptations in order to understand the story. I tried reading it when I was 17 first, and I struggled. Fear not: I now love the story, and I'd be happy to read any of Austen's other works!

I want to give a big shout out to all of the adaptations, which tremendously represent the original story and create such unique twists to complement it.

But first, a special mention: The Jane Austen Book Club. Maria Bello, Emily Blunt, Amy Brenneman -- an amazing cast. I love the premise of this movie (which is based on a book of the same name by Karen Joy Fowler); six people enjoying Austen's six major works, two months per book, each person taking on one of the books to do extra research and host the club's meeting when it's their turn. Honestly, I would love to start an online version of this club myself now!

But I digress. Here are the Pride and Prejudice adaptations I've enjoyed:

This 2005 film with Keira Knightley and Matthew Macfadyen is probably the closest I've seen to the original story, not straying too far from the Austen's tale. I adore any film with Keira, I love Matthew as Mr. Darcy ... and their chemistry, YES! (Also, Jena Malone plays a great Lydia.) Aside from the story, my favourite part of this film is the music. "A Postcard to Henry Purcell", the song playing during Elizabeth and Darcy's dance scene -- I downloaded that one. I had to, I'm obsessed with the beautiful violins!

Pride and Prejudice and Zombies

I've only just recently started pushing myself out of my comfort zone when it comes to movies; I rarely attempted to watch thriller or horror movies, and I certainly never watched a zombie film. When I saw that Lily James (from Mamma Mia Here We Go Again and Yesterday) was in this adaptation, I wanted to at least give it a chance. I started it one day and only got about 10 or 15 minutes in, but a few months later when I tried again, I found it to be a unique and exciting take on the classic. (It also convinced me to try watching another zombie film!) Very action-packed and exciting -- Lily is a badass in this film!

A young adult novel by Ibi Zoboi, Pride is an Afro-Latinx remix of the classic, taking place in Brooklyn. Zuri Benitez is proud of her heritage, proud of her family, and proud of her neighbourhood. As for prejudice, well ... she's not impressed with the wealthy new family that's moved into the neighbourhood, especially the two sons! It was surprising shorter than I expected -- less than 300 pages, if I remember correctly -- which is honestly kind of nice. (I don't know about you, but sometimes I'm just not in the mood to try picking up a 500-page novel.)

Such a unique form! This is a 100-episode web series, with the story told in the style of vlogs. Ashley Clements plays Elizabeth "Lizzie" Bennet, and Daniel Vincent Gordh is William Darcy. Lizzie only has two sisters in this series: Jane and Lydia. (Mary is now a cousin, and Kitty is Lydia's cat.) Other than that, I think the series kept fairly close to the story, but of course giving it a nice modern update. Oh, and I love how big of a role her friend Charlotte has in this series! She's such a minor character in the book, whereas here she is Lizzie's vlog director/editor and appears in quite a few of the episodes.

This is the loosest of all the adaptations (I think it's actually considered as a reinterpretation.) ... but it's too good not to include! The soundtrack is fun, the story is fun ... and the cast! Renée Zellweger, Colin Firth, Hugh Grant -- one of my absolute favourite casts. Renée as Bridget is so relatable as a character, Hugh plays a very believable Wickham-esque character (named Daniel Cleaver) ... and I love that Colin plays Mark DARCY! (It's even more awesome that he was cast as Darcy, given his 1995 role in the mini-series.)

Speaking of the mini-series, I know what you're thinking ...

"Kaitlyn, how in the world do you not have the 1995 British mini-series on this list? You love Colin Firth!" ... I do, I really do love him. Honestly? I just couldn't find the series anywhere for free. I finally purchased it on iTunes, haven't watched it yet. I've heard so many wonderful things about this series though, and I'm so excited to see Colin Firth as Mr. Darcy (again!). After this? Who knows? But I'm always on the lookout for more Pride and Prejudice.

See all posts by Katie Dawn →