by Babs Iverson 4 days ago in fan fiction 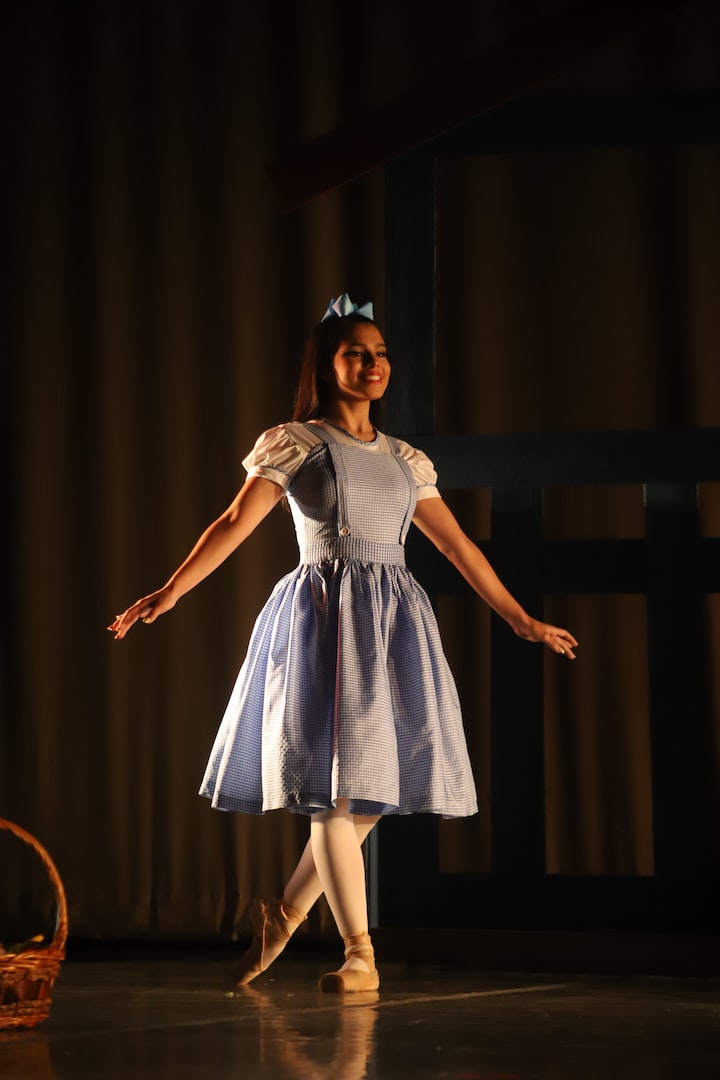 Dorothy? You know her! Don't you? Dorothy is the protagonist in L. Frank Baum's book "The Wizard of Oz." While the book was published in 1900, the film version is a classic from 1939. The classic film has entertained the young and the more mature for over 82 years.

As a matter of fact, there are many memorable and often quoted lines from the film. For example, “He doesn’t know what the truth means, so he does not even know how he lies. ” "Some people without brains do an awful lot of talking, don’t you think?" However, my personal favorite is when Dorothy utters, "There is no place like home."

Did you know that the story was immediately adapted into a stage production in 1902? Unsurprisingly, there have been many adaptions of this story. From books, plays to television shows, the classic kingdom story has been the inspiration for creative and artistic media since it was first published. In fact, the list of adaptations is quite extensive.

Above all, my fandom favorite is NBC's Emerald City series. Perhaps, the emerald green color has a spell on me. Doubtful! However, I knew that the television series was a reimagined version of the classic story, The Wizard of Oz.

Unsurprisingly, Emerald City was inspired by one of my childhood's best loved stories. As a fan of The Wizard of Oz, it was a natural progression to the Emerald City.

Notably, only one scary incident has occurred. At the tender age of four, a dream of witches living behind a shed close to our apple trees would be attributed to my watching The Wizard of Oz movie. While learning at a young age the difference between fiction and non-fiction stories, my love for The Wizard of Oz has grown.

Admittedly, there are numerous television shows that have been inspired by the Wizard of Oz. Interestingly, Baum's 14 books were the inspiration for the television series Emerald City. Debuting with two-episode, Emerald City premiered on the 6th of January 2017 two days after my birthday and concluded on the 3rd of March 2017. After only 10 episodes, the series wasn't renewed. The series was cancelled! Why did it end? Good question! Why wasn't the fandom up in arms? Clueless!

However, in the reimagined story, Dorothy Gale is the protagonist. At 20 years of age, she is transported by way of a twister tornado to an otherworldly land. Dorothy finds her power and true identity to lead a divided world into a united one. With a female lead character, Emerald City is a unique kingdom story, telling of a young woman's empowerment.

Naturally, The kingdom of Oz is ruled by a powerful Frank Morgan, the Wizard, who ironically outlaws magic. While facing angry witches and a mythical force, the Wizard rules and dictates his kingdom and his soldiers. Knowing autocratic types in the world, the all powerful Wizard character is definitely relatable.

Nevertheless, the otherworldly land of dark magic, a competing kingdom of Ev, deadly warriors and a bloody battle for control, it's reminiscent of our world today in some ways. Indeed, it's not much of an escape from reality.

As a nurse, Dorothy is extremely relatable character who is seeking a relationship with her biological mother who gave her up for adoption. Karen, her biological mother, lives in a trailer. Finding a corpse in her mother's trailer and her injured mother in a storm shelter, Dorothy flees from the police and hides inside the police car with the K9, Toto. With Dorothy and Toto inside the vehicle, the tornado picks up the police car and drives over the Wicked Witch of the East.

Immediately, Dorothy is reprimanded and warned by the tribal leader Ojo. Not to far off from reality! With the exception, Dorothy is warned that she will be targeted by the other witches like Glinda and West.

As for the two witches, Glinda, who was formerly the witch of the North, is a kinder, gentler witch. Running an orphanage, Glinda appears to be relatable. Furthermore, she has a profound hatred towards the Wizard which began when he banned magic.

On the other hand, West is the opposite of Glinda. She isn't a relatable character in the normal sense. Operating a brothel, she is the opium-addicted madam. Obviously, she has the most power of the witches in Oz. Ironically, she continues to use her magic and continues to blame magic for its weakness in saving other witches. West is complicated and conflicted.

Traveling with Toto to see the Wizard at Emerald City, Dorothy meets a crucified man. Since the man is amnesiac, she names him Lucas. In an attempt to recover his memory, he accompanies Dorothy. Since she is trying to help Lucas, it is plausible and relatable that she would become his love interest. Honestly, the love connection doesn't last and will change over time.

As a loyal person to the Wizard, Eamonn is unquestionably a relatable character. Why you might ask? Because it doesn't matter whether it's good or evil, people act accordingly. Within their inner circle, in most cases, loyalty is normal and typical.

Eamonn, who's a member of the Wizard's Guard, is assignment is to stop Dorothy and find her before she reaches Emerald City. In addition, he is tasked with preventing the Beast Forever's return.

Along the way to Emerald City, Dorothy and Lucas meet Tip. As a teenager, Tip sets out to discover their true-self. Most of his life, he has been a boy. Once freed from the spell, Tip becomes her true-self. Typically, teenagers are on a path of self-discovery. That being said. Tip is relatable.

After helping Dorothy free Tip, Jack and Tip travel to the Kindom of Ev. Finally, Tip freed from his spell. She has found her true identity. Unfortunately, Jack, who is a reanimated young man, kisses Tip. The kiss is an unwelcomed action. Causing an extreme reaction, Tip kills Jack.

While Jane is a minor or recurring character. In my book, she is relatable. Jane is a contractor for the Royal Family of Ev. Mysteriously, she has a connection to the protagonist and the Wizard. Can you guess the connection?

Drinking magic essence, Tip returns back into male form. However, West convinces Tip to revert back to Ozma her natural female self. Freeing the Emerald City, Ozma is crowned queen. In turn, freeing witches from the Prison of Abject, Ozma is the true ruler of Oz. Surrendering, Eamonn confesses to killing Ozma's/Tip's parents, sentencing Eamonn to wander Oz in the skin of a lion.

While the majority of the characters in the Emerald City are relatable, only West and Jack the mechanical body weren't as relatable as the others.

As the story closes, the Wizard is defeated. Dorothy helped to avoid war. Furthermore, upon Dorothy's return to her home, she begins to think that it was all a dream. Then, Lucas appears informing her that she is needed back in Oz. In the reimagined story, there is no place like Oz.

Writer's notes: Thank you for reading OZ Reimagined. Dedicated to my grandkids! Here is my fictional kingdom story, THE KINGDOM OF SLLUB.

Barbara J Iversen, also know as Babs Iverson, lives in Texas and loves her grandkids to the moon and back. After writing one story, she found that writing has many benefits especially during a pandemic and a Texas size Arctic Blast.