Ok But Lil Murda's Love Speech In The P-Valley Finale!

Yes, we are talking about what amounted to a little over 60 seconds in that whole finale episode, and that ONLY! 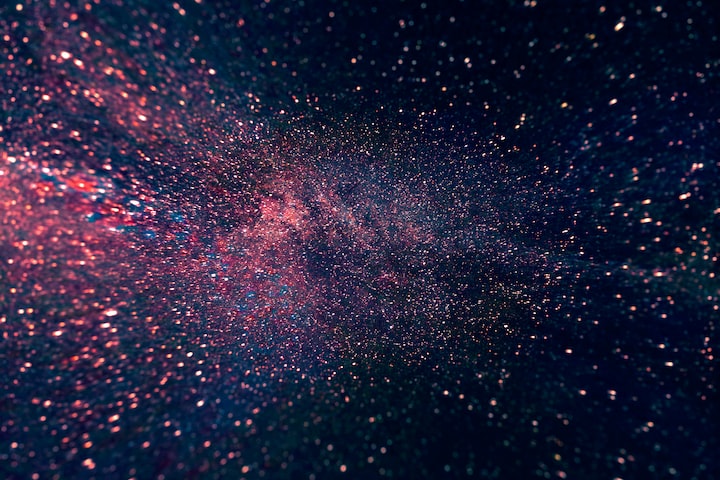 *Warning! Beyond this point, spoilers for the Season 2 finale, episode 10, of P-Valley are going to be here! Not many, admittedly, but they are still there! Proceed wisely!*

The writing in P-Valley is always exceptional, and there is no doubt about that. This season in particular was, of course, a spectacular roller coaster that (in my humble opinion) did not drop the ball on anybody's stories. But the way they wrote in this season finale?!

And in particular I want to focus on one part of the finale episode . . . Lil Murda and Uncle Clifford.

Just generally, I love their ebbs and the flows of this relationship. The growth needed and the risks taken. The tenderness and the palpable love! Now I know I'm using a few too many exclamation points- but you must understand! I get very emotional thinking about how beautifully these two are written, not just together but on their own as well. Murda and Clifford went through a lot of struggles in this season, both in their working and personal lives. Murda had his rising fame and incredibly popular tour to buoy him, but he suffered a deep blow with the tragedy that he was unable to save Big Teak from. Uncle Clifford strained under the pressure of trying to preserve the Pynk, worry over her grandmother, and all the while being a bastion of strength for her framily. So to watch Lil Murda, dazed and bereft from Teak's suicide, seek comfort in Uncle Clifford was a wondrously soft thing to behold.

So when Uncle Clifford nearly tanked the ship with her flimsy attempts to protect herself, I wanted to reach through that screen and take a Bic Twin Select and ravage her perfectly groomed facial hair. It was all too reminiscent of the romance novels I read- there's always something in the second act where one or both of the love interest's get scared and self-sabotage in a bid to protect themselves from being hurt. Which, fine, Uncle Clifford knows more than enough about hurt and being worn thin. But she knows very little about the encompassing, passionate love Lil Murda has for her.

Which brings me to the main point of this article . . . the most romantic exchange I have ever witnessed in film/TV history. Hell, I can think of only one romance novel I've read that flipped my heart the way this masterfully acted scene did.

We set the scene at the Pynk, in the heavy Chucalissa evening following Grandma Ernestine's discharge from the hospital. Nearly everyone is there to celebrate, as Ernestine called it, "the biggest player's ball that this bitch never got!"

Uncle Clifford is fresh, dipped into a gown like sparkling wine and wrapped in her usual seductive worldliness. Seems like nearly all the dancers are there, and Grandma Ernestine has all her closest and dearest near her to celebrate. The jukebox outside plays hits after hits, and the atmosphere is so wonderfully thick with relief, nostalgia, and joy. Lil Murda takes command of the stage, a smooth talking Casanova, and makes it clear to the audience (both on screen and off) that he's on a mission- and the end goal of that mission starts with 'C' and ends with 'ifford'. I loved the way a whole menagerie of emotions played across Uncle Clifford's face when she heard her favorite song come on, only to realize who exactly was responsible for it. One thing about Clifford, come hell or high water, she'll stay stubborn regardless.

Fast forward just a little- Mercedes and her teenager, her retirement, yadda yadda- and we get to not only the best moment of the show (in my humble opinion), but the top five most romantic moment ever filmed in history.

Lil Murda knows exactly what he wants. So does Uncle Clifford. Difference is, only one of them is proudly and doggedly embracing that truth. Uncle Clifford and Lil Murda are alone inside the Pynk, the former feigning impatience but poorly hiding her flustered state, and the latter just taking in the magnificence of his lover.

Now, Uncle Clifford knows she is articulate, witty, and can talk circles around most anybody whether they want to admit it or not. It was that articulate, decisive, and wise mouth that saved the Pynk, and it'll be what saves her heart. However . . . her words are powerful, but only to those who will accept being talked to. And her paramour wasn't trying to hear any of that mess Uncle Clifford was prattling on about. Lil Murda has already said- no, he made a statement. Cool, definitive, and peaceful, he stated that he would not be going on tour.

Which, I was totally down with, until Uncle Clifford mentioned Tina Snow. Now, forgive me, I didn't see the "Snow" episode, but- Tina SNOW?! MEGAN?! THEE STALLION?! Did this fool just give up headlining for Thee Hottie- but, whoo! I had to quickly tackle the indignation to focus on Uncle Clifford and his well made points. Which helped me come to the quick realization that, yeah, trading Tina Snow for Uncle Clifford is definitely worth it.

". . . You don't know you're worthy of shit. Worthy of being took care of, and all the- protection, and . . . plates of yams and chicken, dressing, all this- fucking love Cliff!"

Were it not for my mother sitting right next to me, I'd have torn apart a pillow with my bare hands, sobbing, and boxed the air. I mean, not that I want to be in a romantic relationship, but as a girl who had most of her public education in English literature with the likes of Shakespeare and Austin being touted as the height of romance . . . there's not one line in Romeo and Juliet that hit harder than this one. Not a single piece of Austin's heavily worded prose that tops this. No, I don't care- I do not care that some of you get your panties wadded up about the romantic classics. I simply don't!

I don't care about some pigeon eating olde world Chad who waxes on and on about comparing thee to a summer's night, or talking about their muted passions they chastely convey through touching fingertips- or whatever! No, tragic Othello, no madcap Midsummer midnight hour, no gossiping ladies and arrogant men, can compare to a love like what's between Murda and Clifford. A love like warm sunshine in November, gardenias just under the kitchen window, rosemary lemonade, and your favorite worn sweater. A love rooted in reality and not fanciful dreams, or wild spun imagery. It's something born specifically between two people who want to be each other's shelter when the world hurts too bad. To be each other's biggest supporter, their confidante, and the one who so tenderly touches their heart in a way they only allow one person to. He wants Uncle Clifford to not only understand, but to accept the fact that Lil Murda wants nothing more than to provide comfort and security in his life! He wants him to feel comfortable, and confident that whatever problems they face, he can handle his shit like a grown man and not, you know, wring his hands and act useless!

Isn't this what folks clammer about when they want to see real, true love on screen?

Don't you all want to see a man confidently own up to loving his person, to be not just their dream but their . . . hell, maybe not just their peace, but their strength and their guidance. To see them portray such sentimentality between two men who have been hurt time and again by the world, and yet who still found within themselves a soft place. Who created for themselves, a soft place, and struggle with the fear of losing it.

It was just such a beautiful reversal, to see Uncle Clifford- one who usually acts as counsel to so many, and is actually a damn determined boss- be guided to accept happiness by Lil Murda- who, for a lot of this season, has struggled to accept who he is and how that seemingly is at odds with what many others expect him to be. And that line switch up he did? When Uncle Clifford accused him of being scared of being the sun?

"May the sun . . . find you in the darkest of shadows." Which I took to mean that Lil Murda would always be connected to, and a part of Uncle Clifford forever. And isn't that beautiful? For this line, that he wrote originally for Big Teak, for whom that sentiment couldn't reach. Lil Murda wasn't able to reach Big Teak in time, and had to suffer the permanent loss of a person who was so important. This time, though, he can reach Uncle Clifford. And maybe Clifford doesn't need saving in the same sense as Teak . . . but she's still someone Lil Murda refuses to lose.

I- I'm helpless! Throw that old Notebook in the trash! Shut down the Moulin Rouge! Call Hallmark and tell them to close for the holidays! Nothing else is topping Lil Murda this year!

Oooh, I just- I can't, this is just too good!! Look, there's so much more to say but I just can't seem to articulate the incoherent shrieking I do whenever I rewatch this big moment in the finale. I leave that to a more nuanced writer than I, because all I want to do is say, "But he LURVES HER!!"

All the love to P-Valley for this show, honestly, I'm riveted by it. Rooting for season 3!

More stories from Danny Fantom and writers in Geeks and other communities.