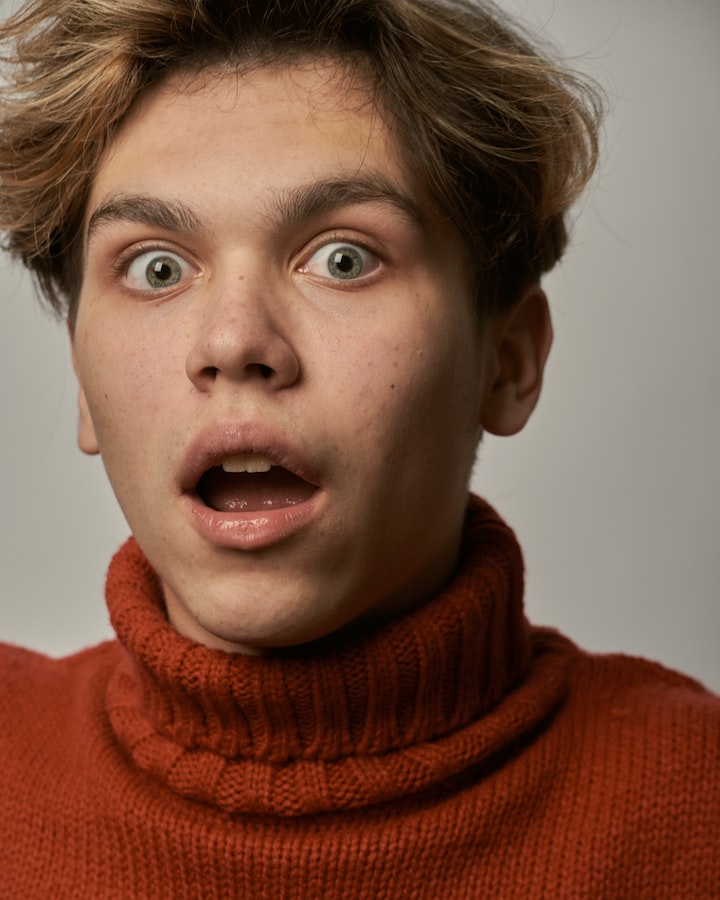 Photo by Daniil Onischenko on Unsplash

‘Binging ain’t easy’, ermm.. yes, it is. In fact, it’s very easy! I couldn’t think of anything more chill than watching back-to-back episodes (or *guilty of* seasons) of hit shows such as Star Wars - The Mandalorian or Vikings, Game of Thrones or The Walking Dead, the epic storytelling telling matched with quality, Hollywood worthy CGI, make up and costume/stage developments.

But that’s not the subject. Guilty Pleasures in all their mannerisms, that’s why we are here.

Now I can only admit to ever having two bingeable guilty pleasures, and they are indeed pleasures too, unique in their own way.

The first which ill cover briefly was Queer Eye For The Straight Guy. I used to watch this with an Ex-girlfriend and honestly, I loved it. Five gay guys turning around the lives of a wide range of everyday people. Each presenter offering their own way of developing their guests into better versions of themselves, from clothes to hair style, living space to eating habits and most importantly, healing past traumas and finding reasons behind old, past habits.

Even after my relationship ended, I still used my profile on her Netflix account to binge all the old seasons. Fortunately, I had finished them before she clocked on and deleted it!

Now the most current and ongoing binged guilty pleasure is a show called ‘Married at first sight: Australia.’

In short you have several couples who meet each other for the first time at the altar! Yes, at the altar, with the first words often being their ceremonial vows. They are marrying someone they have never meet. Scandalous!

These couples are initially paired by relationship experts then followed by camera crews for three months. Each episode highlights the juiciest, most contentious moments with the show producers adding weekly challenges for the couples such as trips away, who’s in charge for the week and even gathering them all together for an evening in which they dine together and discuss the progress or degression of their relationships, all whilst knocking back fishbowl sized glasses of wine – becoming evidentially drunk by their droopy eyes, rowdy by the pointing of their index fingers, and some sneaking off beyond the grapevine for a ‘quiet word’ away from prying eyes and eavesdropping ears. At the end of each week, all couples are brought together, and each couple sit in front of the experts to decide whether they shall stay or leave the relationship. The catch though, if one decides to leave and the other chooses to stay, they both must stay in the experiment for another week.

As you could imagine, from either personal life experiences or witnessing other failed/successful relationship, there is some fruity drama along the way.

I am convinced these experts make some questionable choices with intent. I mean, without the drama it would just be a show about people being happily married. Boring! Who wants to see that before heading to bed alone?

I never choose to actively sit down and watch these shows, in fact I rarely watch television anyway. This show (in particular), also comes with some quality bonding time with my mother. What started with a curious head tilt, to a slight procrastination excuse - to a full-blown binge! Ill delve into how this has both become a segment of my Monday to Friday routine, the psychology behind it and what I have learnt about both myself and how awful humans (some) are at relationships!

5 pm - We eat dinner together, catch up on our daily events then collectively clean down the kitchen. I then return to my work desk for a while.

6:30 pm - Mum starts with her favourite show, a romantic comedy - Sex and the City. If there are any guys that have made it this far into the article and would like an insight of middle-aged woman living in New York, Carrie Bradshaw played by Sarah Jessica Parker, delivers a rather entertaining show. I cannot say this is a guilty pleasure as I don’t really watch it rather listening in to the parts that would help me understand the mystery that is women, plus mum has watched the seasons back-to-back over the many years aired, it’s almost as natural an ambience as birds in central park.

7:30pm - Comes the weekly episode of ‘Married at first sight’. Quick cup of tea for mum and a mocha for myself. Move to the sofa.

You got to love those ‘previously on..’ prequels in any show, reigniting last weeks ‘oh my god!’ and ‘do you remember that!?’ moments all whilst teeing you up for the anticipated break downs, fights and hot Goss. Even as I write this, I recognise an almost ulterior persona creeping from within. One step away from being clothed in a dressing gown, wet hair in a towel and nail file in hand.

Firstly, I think everyone needs to recognise reality TV for what it really is, and that is not necessarily reality, ironically. These TV shows do have well produced, edited, and portrayed storylines that invoke interest and a following. Well darn, it certainly got me watching anyway.

Secondly, I believe it also gives us a reason to reflect on certain aspects within ourselves; why do certain people annoy me more than others? Why do I find the most mature woman exceedingly more attractive than the young, big breasted, blonde bombshell? How is it I can pinpoint certain personality traits and predict outcomes and actions with such precision? Are they reflections of myself or those of others that have passed through my life?

Its questions like these that often lead us to pausing the program and spend time discussing, dissecting, and relating past and present experiences in relation. I also believe this is a beneficial response, otherwise what I imagine the alternative would be is to just become consumed by the storytelling?

Another pondering I had was in relation to some social media aspects and how we process social relationships and information with more ease than we are to openly discuss ourselves, our fears, traits and habits on social medias. Perhaps developing emotional attachments to a temporary moment keeps us distracted from the woes within? Feeling sorry for a character is easier to maintain for an hour than it is to pity oneself daily. Perhaps it also keeps us satisfied our own existence is not that bad after all. I am no psychologist although I do thoroughly enjoy delving deep into my own mind and other relevant social issues.

More stories from Danny CJ Mitchell and writers in Geeks and other communities.