by Victoria Brown 2 months ago in literature
Report Story 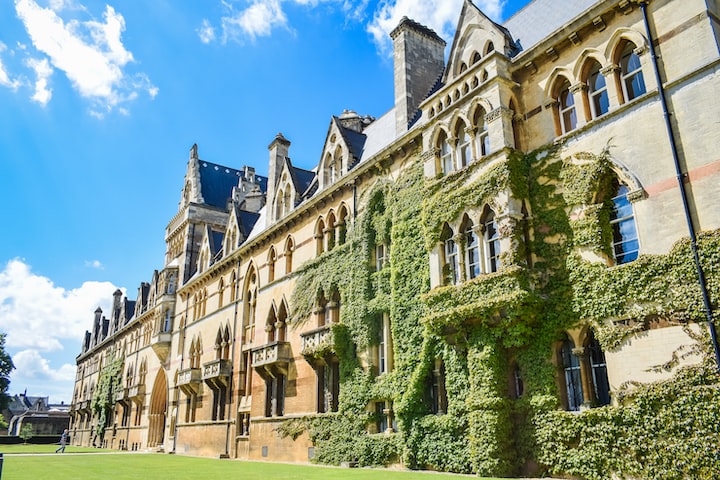 Photo by Darya Tryfanava on Unsplash

Sally Rooney’s Normal People was not a novel I wanted to like. Call me a cliché, but I don’t like falling for things that are popular simply because they are popular on social media. I don’t want to be seen as a conformist, I want to be taken seriously based on my own thoughts and merit. But, pride aside, I’m glad I gave this novel another try based on a recommendation. Normal People destroyed my heart, and now has the honor of being the only book to make me cry. Marianne and Connell’s relationship seemingly put three years of my life into words, causing my heart to ache at every similar moment. I can now see why Normal People is popular from both a literary standpoint and an emotions based one. Marianne and Connell’s relationship is so deep and is able to withstand years and distance due to the lack of understanding and depth they have with other people in their lives, and because of their complex relationship and innermost thoughts, people fall towards the novel and find parts of themselves in it.

Connell was desperate to keep Marianne a secret, to keep his reputation far away from hers. Despite the clear connection and understanding Connell and Marianne seemed to have from the beginning – “Being alone with her is like opening a door away from normal life and then closing it behind him” – he still prioritizes his popularity at school over his reality of feelings (6-7). There are plenty of examples of that: not inviting Marianne to the Debs, not really defending her throughout school gossip, not hanging out with her in public. But Connell was willing to deflower her whenever the chance arose. Popularity and conformity – being “normal” – was more important to him than Marianne, who, for lack of a better phrase, was seemingly emotionally throwing herself at him. While Normal People is set in the early 2010s, this pattern of secrecy is still relevant today, and has always been, hence why the novel is so popular. The girls who see themselves in Marianne have a real life Connell to match, and within Rooney’s words, have found themselves a place to feel seen. But of course, things change, people change, and maturity levels change.

Ironically enough, once at Trinity, it seemed like Connell was desperate to keep Marianne to him once they reconnected – but still did not label what he and Marianne were. A couple. To be fair, though, Marianne never called it what it was, but she would have called it one before Connell did. Even though they both start actually dating people – Marianne and Jamie, Connell and Helen – they don’t lose each other. They’re still friends, they still go to the same parties. But there’s a sort of tension – and absolute heartbreak – when Connell starts dating Helen. He says he loves Helen after only six weeks, a trophy Marianne never earned. Yes, Connell has told Marianne he loves her, but she never earned the trophy of girlfriend, of being in an actual, official, public relationship with Connell. It was the ultimate betrayal. Marianne was already emotionally unstable and isolated despite having a handful of girlfriends and a boyfriend of her own at the time. Between a narcissistic mother, a dead abusive father, and an abusive older brother, Connell was the only sense of love and stability Marianne might’ve had. And although she started dating Jamie before Connell started dating Helen, she was in control of the situation, she had the upper hand over Connell. There’s still an invisible string tying Marianne and Connell together despite their relationships, something their significant others – and everyone else around them – notices.

Normal People follows Marianne and Connell throughout four years, roughly. A lot can happen in four years. For instance, four years ago I was on the verge of my senior year of high school and two months away from meeting the Connell to my Marianne. For the actual Marianne and Connell, four years after they started going out without calling it what it was, they were on the verge of the rest of their lives. Marianne knows everything is about to change. She knows that she’s changed. That Connell has changed. And because of Connell, she’s okay with it. The last chapter of the novel – more specifically, the last few pages – highlights the interconnectedness of Marianne and Connell. He was willing to stay in Ireland rather than go abroad for his MFA. At least he said that. Who knows how much truth was in that statement. They both said throughout the novel that no one understood them like the other, which is true. There was always a disconnect to other relationships – platonic, romantic, familial – in their lives. So why did Marianne and Connell never officially date and turn their relationship serious?

People like Normal People so much because of the harsh reality of finding themselves and their lives in it. That’s why I ultimately liked it. If I didn’t have an emotional connection, I don’t think I would’ve tolerated the stylistic choices (i.e. no quotation marks) of the author. No quotation marks aside, Normal People somehow captures the purgatory of loving someone, yet not loving them enough to be committed, to be serious. Or maybe the love is so deep and fragile you don’t want to risk destroying it with commitment. I hate the term, but Marianne and Connell essentially had a “situationship” – not quite just friends, but not quite a full relationship. It’s bullshit. And they somehow end up hurting more in the end than relationships do. You give your heart and soul to someone, and it’s never good enough for the real thing. Or maybe I’m just projecting. I don’t know what it is – perhaps social media or the downfall of society as we know it – but situationships seem to be more common than relationships. At least to the Mariannes of the world. Maybe I’m just projecting again.

Regardless, Normal People is a good book. This essay/review/personal opinion piece doesn’t do the novel justice.