by Isaac Shapiro 5 months ago in pop culture

Tomura Shigaraki from My Hero Academia is a Bad Villain, but it's all part of the plan.

His motivation is awful, none of his plans are particularly well thought out, and he wastes countless resources and other lesser villains on vain useless goals, like trying ineffectually kill All Might. His primary motivation is just “to destroy stuff I don’t like.” 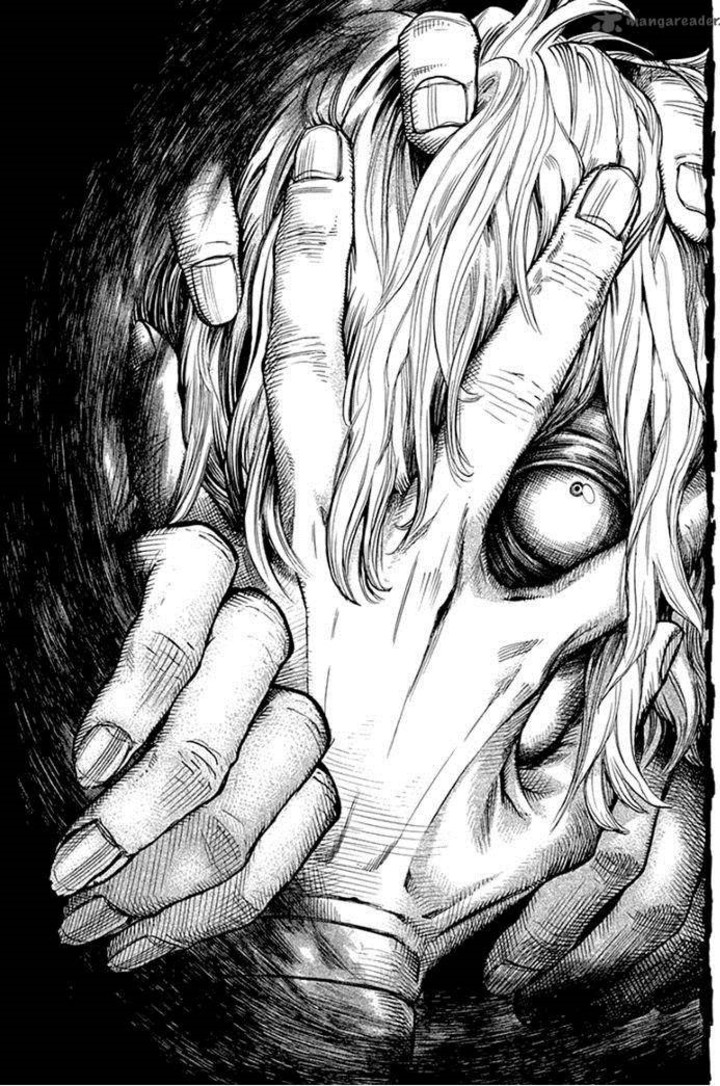 Pro heroes even go as far as labeling him a Man-Child. This is about as boring and basic as you can get for a villain. But here’s why I love him and why I believe his general awfulness in My Hero Academia is a part of Kohei Horikoshi’s master plan for the series.

So from here on we’re going to get into Manga spoilers because to fully delve into all of the elements for my critical analysis I need to discuss all parts of the text at hand. So shoo away if you don’t want learn about what comes later in the series. What Horikoshi is building is not just Deku’s journey to becoming the greatest hero. There’s also a parallel narrative that we’re seeing coincide with Deku’s story, and that’s Tomura Shigaraki’s arc of becoming the greatest villain.

As of right now in the anime he’s basically just a Saturday morning cartoon villain who just pops in to wreck things, but ultimately is chased away promising he’ll get them next time. But Tomura is forced to grow and evolve after the introduction of the series' next major villain, The Hero Killer Stain.

Now what makes Stain a much better villain and a more powerful figure then Tomura is the fact that while on a surface level his goal is to just murder every pro hero he can get his hands on, but his motivation is driven by a greater ideology.

Stain believes that the hero world has grown complacent and corrupt, with most professional heroes working only out of ego and financial self-interest. In the world of My Hero Academia, the act of heroism has literally been turned into a commodity that can be bought and sold. Pro Heroes must worry about their popularity, and endorsement deals, and about keeping up their sex appeal. It’s within all of this that the true value of their original purpose gets kind of lost.

Stain seeks to remind the public and return to a world of pure heroism by murdering any hero he deems unworthy, saying that the only one worthy of stopping him is All Might. He even goes as far as saving Deku, because he deems him a worthy hero due to his selflessness. 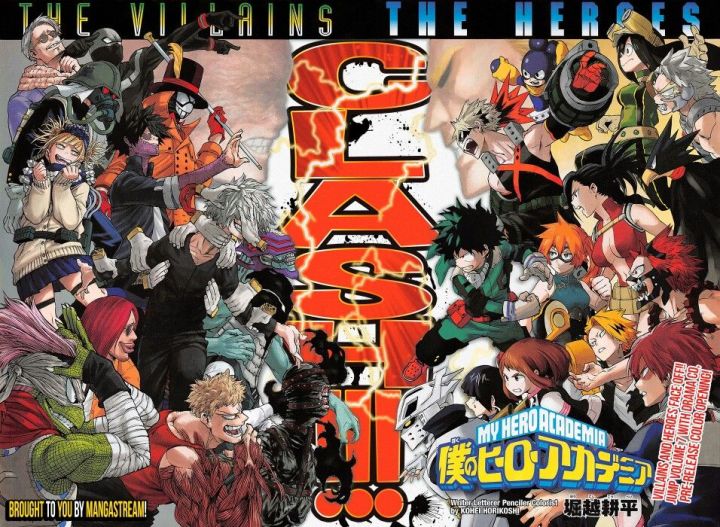 Now let's take as step back from the world of My Hero Academia. Think about the villains that really stand out to you. The truly immortal villainous characters who have stood the test of time. It’s usually not because they're the baddest or the strongest characters.

The most iconic villains become icons because they stand for something. They embody a twisted ideal, a grand thesis they want to prove to the world at any cost.

The reason why a character like the Joker has managed to persist through so many years and so many incarnations isn’t because of all the various petty crimes he’s done in Gotham. He stands as the ultimate foil against Batman, a figure who thrives in anarchy and chaos.

The reason why stories like the Killing Joke and The Dark Knight have managed to persist in the public consciousness is not because the Joker is unbeatable, but in both of these stories all of his crimes are designed to serve a greater purpose in exposing that sanity and morality are just a facade.

The Joker believes we’re all selfish animals and with a few bullets and explosives he can bring down the grand farce of civilization.

That’s why people keep coming back to the character again and again and again. That’s why he’s stood the test of time for 75 years and will probably be around for 75 more. Tomura doesn’t have a grand thesis; he is a child lashing out at things he doesn’t like, but the one thing he has going for him is a mentor in the shadows. 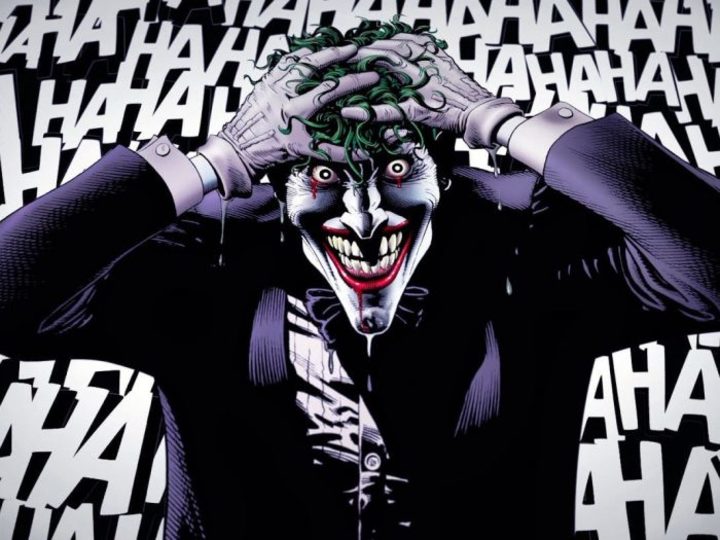 Just like how All Might is crafting Deku into the symbol of peace for tomorrow, Tomura has a sensei looking to forge him into a villain worthy of carrying the rest of My Hero Academia forward.

Chapter 69 of My Hero is easily one of my favorite ones in the entire series. Here we see Tomura confront Deku directly in public. He holds him hostage with his disintegration quirk, all so he can have a little interview.

Tomura doesn’t quite understand why he didn’t get any attention while Stain the Hero killer seems to be getting a tremendous amount of public adulation. Kids want to be him, other villains look to emulate him and it infuriates Tomura because he sees them as both having done the exact same thing.

In Tomura’s eyes both he and Stain just like to destroy shit that pisses them off. So why has Stain become such an icon while Tomura’s is still relegated to obscurity for his acts of villainy? Deku cuts to the heart of the matter. While he doesn’t accept Stains methods he can empathize with him and understand him. 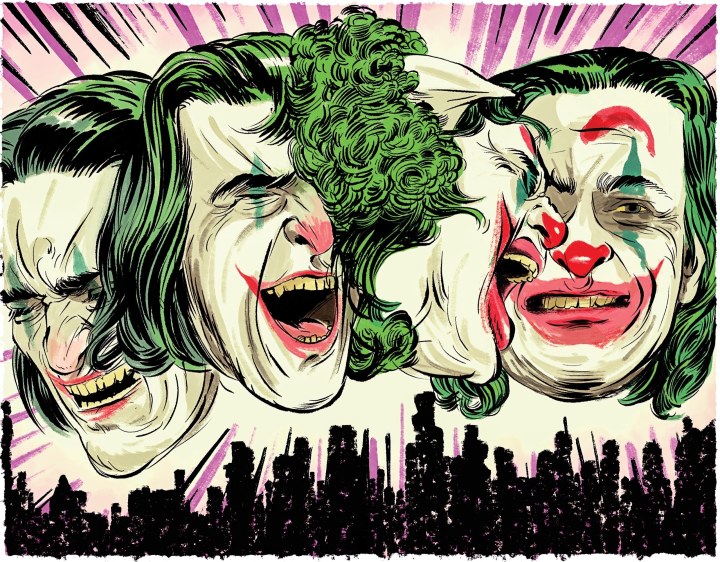 He can tell that he was fighting for an ideal, something greater then himself. An ideal which he doesn’t compromise or give up on when faced with adversity.

Then everything clicks for Tomura. He sees what he’s been doing wrong. That ultimately if he’s to become a villain worthy of carrying this series, his actions must be in service to prove something greater and that’s his arc for becoming the greatest villain. My Hero Academia is still in the infancy of its serialized run in Shonen Jump, having not even crossed the 150 chapter threshold.

But for me it’s exciting to see the series grow as it’s quickly gained steam to becoming a potential successor to the empty thrones left behind by Naruto and Bleach. Much like how Deku is fighting to inherit the legacy of All Might. If My Hero Academia is to inherit the legacy and become flagship series, the crux of whether or not it’ll ascend to those heights lies on the long term arc of Tomura Shigaraki. 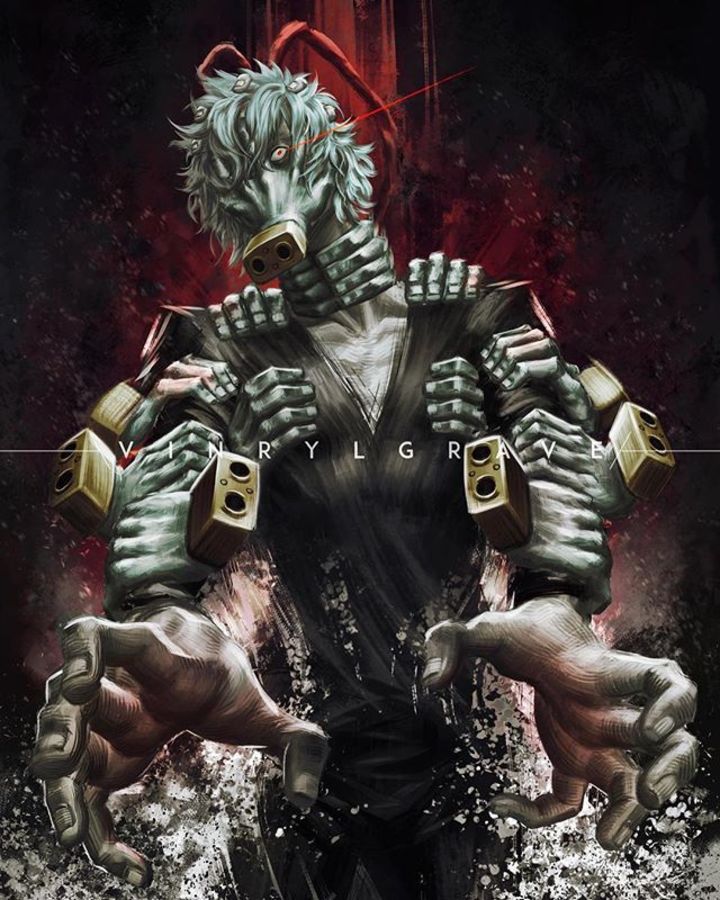 Much like how we’ve seen Deku grown and develop we’re still seeing Tomura’s villainy remain in it’s infancy. Just as Deku has struggled to live up to an impossible ideal Tomura has failed just as badly in terms of living up the villain legacy set by All Might’s nemesis All for One.

But what I’m very hopeful for is that as the series progresses we’ll see Tomura become the villain we deserve and the one that My Hero Academia needs to go beyond—PLUS ULTRAAAA!

When not scrounging the internet for the best content for Jerrick Media, Isaac can be found giving scritches to feathery friend Captain Crunch.

See all posts by Isaac Shapiro →