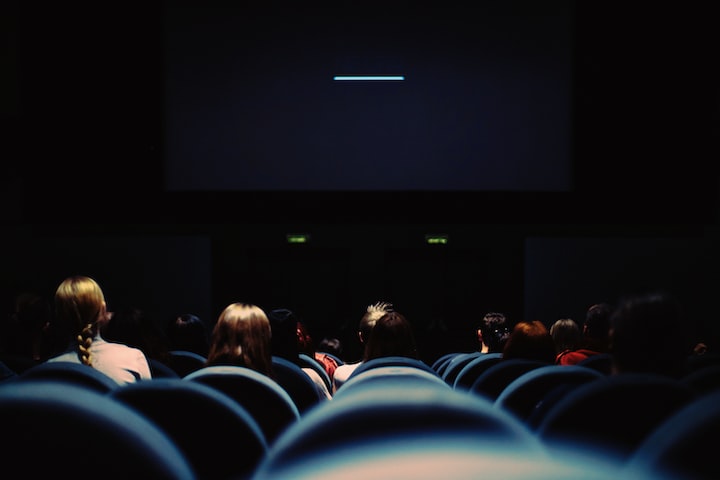 Photo by Erik Witsoe on Unsplash

If you know me, you know I love movies. Next to music, movies are a passion of mine. I’ve gotten to the point where (ask my mom about this) I critique the living shit out of any movie I watch. I don’t know if its boredom, or the fact that I’m very analytical, but in this piece, I’m going to share some of my absolute favorite movie mishaps and potholes.

While at a restaurant in Cairo, Indiana Jones Sits and drinks with a monkey. In the background of this scene a crewmember is walking around wearing jeans and a grey T-shirt. Jeans were around in 1936, the year Raiders of the Lost Ark takes place, but in 1936 Egypt, men usually didn’t wear them. Plus, it was confirmed by the man himself that yes, he is a crew member, and yes, he wasn’t supposed to be in the shot. This is also supported by the fact that every single extra is dressed in period appropriate clothing.

Everyone who knows me knows Pulp Fiction is my favorite movie (go ahead and say it, I’m an E-Boy). But even a movie as great as this Indie Film Classic has some mishaps. The movie is full of memorable moments. Mia overdosing and being revived by a needle longer (and thicker) than a broomstick, Butch taking out Spider and Zedd with a Samurai Sword, and when Jules breaks Brett’s concentration with an execution style bullet to his associate that had a love for ‘Flock Of Seagulls’. In this Scene, (but towards the end of this very scrambled movie) before the guy in the bathroom tries to unload on Vince and “Pitt”, the bullet holes are already in the scene. The entrance wounds from the “Goddamn Hand Cannon” that is “bigger than he was” can be seen over Samuel Jacksons shoulder already on the wall.

Christopher Nolan’s final Batman movie was full of twist and turns, especially when Catwoman and Batman team up for good. This was way too much for one henchman, I assume because in a rooftop fight with the team taking on the bad guys, you can see an extra fall unusually hard even though nobody touched him. And this isn’t the only time it happens. As Batman shows up to save Gotham from the nuclear explosive set to blow at any second, a henchman is seen thrown against the wall, even though, again, nobody touched him.

While on the topic of Christopher Nolan’s Epic, let’s look at the first movie in the Dark Knight Trilogy. The moment before Batman sends the Tumbler jumping from one building to the next, a police officer is seen demanding that Batman turns off the engine and gets out of the car. While Moments before that, the same Officer is seen at the other side of the town asking dispatch what the Capped Crusader is driving. That’s one fast cruiser, batman should invest in one of those.

We all know the legend of The Storm Trooper in Star Wars: A New Hope bumping his head into the Overhanging Door opening, but did you know that in the prequals George Lucas made Jango Fett, the man that all Storm Troopers are cloned after, Just as Clumsy? In Attack of The Clones Jango Fett is seen running into his shuttle, and bumping his head on the closing runway door. I guess they can’t really see through those masks, but hey, at least they’re doing the job of stopping brain damage.

The movie American Sniper is about the Marksman Chris Kyle. A sobering and intense action flick based of the book of his life. Although Oscar nominated and brilliantly shot; a certain prop absolutely destroyed the feel of it all halfway in the movie. While Chris and Taya are at home, tending to their daughter, Chris (Bradly Cooper) picks up an obvious dollar store baby doll from the sitting Taya (Sienna Miller). It honestly could the most easily recognizable prop failure in movie history. The “baby” couldn’t fool anyone, especially me, who saw this movie in theatres with my Godparents and my cousin Jake. As Cooper holds the doll, the lifeless plastic arms hang to the side, not moving. He even goes so far to move the baby’s plastic hand with his thumb. It was so bad people were scared that it would take a toll on the six Oscar nominations it had (but it didn’t). They did have a real baby, and even a backup baby ready for the shoot, but the two fell through, causing this catastrophe of modern-day movies. Cooper and Sienna Miller acted their hearts out- it’s an outstanding movie, but the fact of the matter is the baby doll ruined the sense of actually being involved, watching this couple fight through their struggles. It really took you out of the moment.

Movies take millions of dollars to shoot, and months of editing, but movies would be as fun without these bloopers. They remind us that no matter how much money you have for a budget, or how many people are working on them, at the end of the day we are all human, and we make mistakes, mishaps, and bloopers. Plus, its fun to sit back and try to catch as many of these inconstancies as possible while watching your favorite motion picture.

As long as people can read, I'm going to write.

See all posts by Fabian Gomez →