Last Night at the Telegraph Club

by Victoria Brown 4 months ago in literature
Report Story 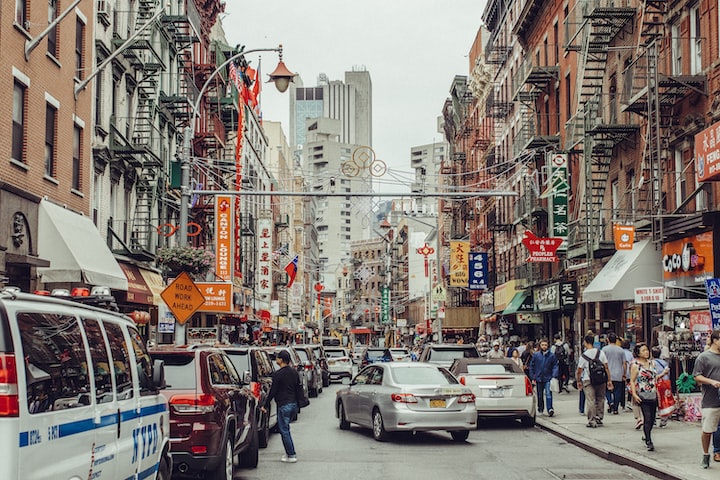 I really, really wanted to love this novel.

I ended up just liking it a lot. I still gave it four stars on Goodreads, though. It is such an important novel telling such an important story, and I think anyone with a heart and interest in historical Sapphic novels would love it.

It was just a little too long for me, both personally and for the story. (If that makes sense.)

Malinda Lo’s Last Night at the Telegraph Club is a great novel about being a queer girl in the 1950s – among other things – but because of those “other things” the novel seems to wear itself thin and not fully flesh everything out.

Lily Hu is a Chinese-American high school senior living in 1950s San Francisco. She also thinks she might like girls. All of that is cause for stress in Lily’s life – she has to be the perfect daughter for her family, especially with the racism that was going on in relation to China’s Communist stance at the time. Everyone in Chinatown needed to be perfect American citizens with no cause for suspicion. And she was, until she met Kath Miller and they snuck into the Telegraph Club – a lesbian bar in San Francisco. Lily’s world is turned upside down. Last Night at the Telegraph Club is billed as a YA Sapphic romance – or at least that’s what I thought it was when diving in – and it is, to an extent, but it also deals with so much more: racism, sexism in both how girls are supposed to act and in lack of belief in future career choices (Lily wants to work with space; Kath wants to be a pilot), and homophobia both within the family and in society. It leaves the reader with a lot to digest.

It leaves the reader with a lot to digest, but it also makes Last Night at the Telegraph Club a multi-dimensional novel that really fleshed out Lily’s character more than just if Lo focused on one aspect of Lily’s life. On the other hand, it felt overwhelming and a lack of direct story. There were parts where it could’ve been more detailed and important, and whole sections – aka the chapters about other women in Lily’s life – that could’ve been omitted and the story would’ve been fine. I guess because it was billed as a romance, I expected, well, more romance. And there was romance, just not an abundance of it. I would say “coming-of-age” would be a better genre. But because it is such a multi-dimensional and important story, historical accuracy was important. And it was clear Lo knew that and really spent time researching; so much so that she included an extremely detailed author’s note that was more a history lesson than an author’s note and a brief bibliography. I loved it. I loved reading the historical reasoning behind certain choices, and I loved seeing an author care so much about the story they were writing.

I really liked Last Night at the Telegraph Club. It easily could’ve been a five star read for me if it was a little shorter and highlighted Kath and Lily more and gave more personality to Kath. Lo knew how to grip her readers though, if not until the ending. The ending nearly ripped my heart out. That was definitely a part of the novel that could’ve been longer. Everything was leading up to it…and then it was just over. I guess that’s how things are in real life, but I still wanted more for Kath and Lily. At least we got an epilogue and Lo’s upcoming novel, A Scatter of Light, which is a companion novel to Last Night at the Telegraph Club. Kath and Lily did get a chance at a future though, thanks to Lily’s aunt Judy, which left me wondering about her…

The story within the pages of Last Night at the Telegraph Club is an important one. Despite the abundance of plots – being Chinese-American during a time when Communist hunters were somewhat of a thing, sexuality, space, etc. – it is a well-rounded story with something for everyone.

And I loved that.