On Being a Mother 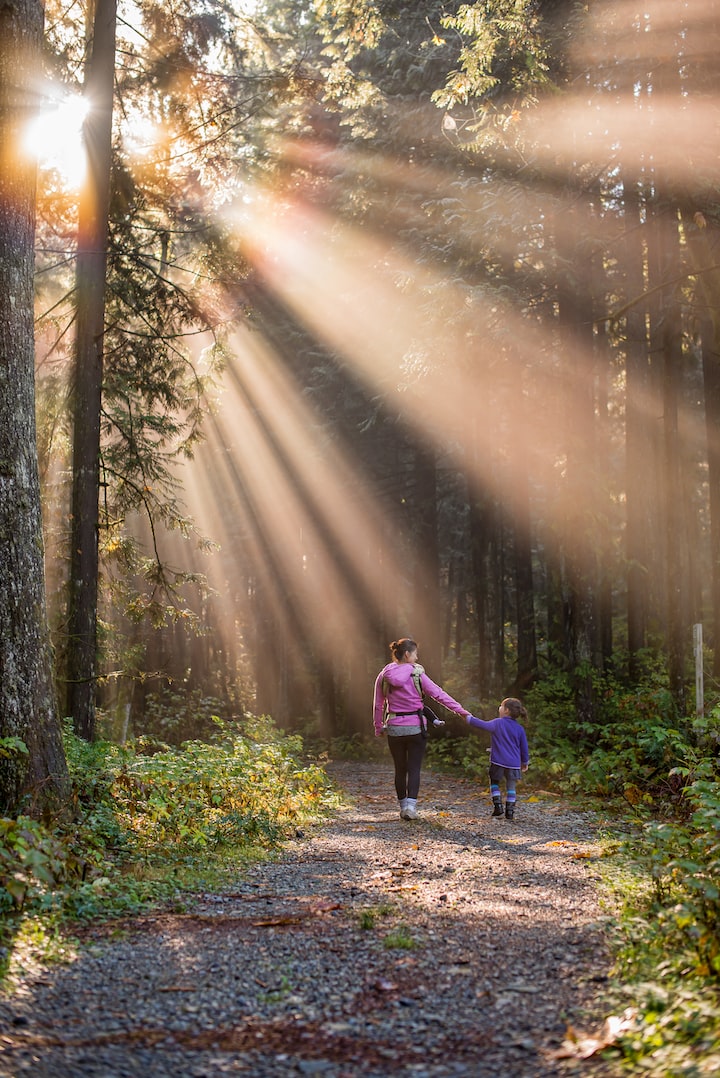 Photo by James Wheeler on Unsplash

“The children appeared before her like antagonists who had overcome her; who had overpowered and sought to drag her into the soul’s slavery for the rest of her days” - Kate Chopin, The Awakening

First published in 1899 as A Solitary Soul, The Awakening by Kate Chopin examines the role of women and the dynamics of family, marriage, and motherhood during the late 19th century. Chopin describes motherhood in two very different ways through the characters, Edna Pontellier and Madame Adele Ratignolle. The protagonist, Edna Pontellier, described as “not a mother-woman”, confronts her role of wife and mother - striving to break from the traditional mold of motherhood: seeking independence, autonomy, and self-actualization. Mrs. Pontellier is what society would call a “bad mother”. Her close friend and confidant, Madame Adele Ratignolle, is the epitome of motherhood and the poster child for traditional female roles: “The embodiment of every womanly grace and charm."

The social conventions of the 19th century idealized the role of the mother and dictated the behaviors and mannerisms of a good wife and mother. Edna struggles to reconcile her unorthodox views on femininity and motherhood with the social norms found in New Orleans at the turn of the century. Edna confronts this impossible expectation by reflecting and acknowledging at times that she is not a "good mother." The other mothers on Grand Isle were like brooding hens, always watchful and careful with their children: described as “ministering angels” and “mother-women” (11). A behavior Mrs. Pontellier is not inclined to replicate. In fact, she feels that her children's happiness and safety aren't dependent on her devotion. She is not inclined to dedicate one hundred percent of her life to them.

Mr. Pontellier often presses Edna to perform her duties as the mother. On one occasion he chastises her when she does not check on their son, Raoul, who is sick with a fever: “If it was not a mother’s place to look after children, whose on earth was it?" (8). There were things that she would rather spend time on. She enjoyed drawing and received satisfaction from participating in this activity (14). However, she is keenly aware that her nature is in conflict with what is expected and has come to a realization that these things have caused distress in her relationship with her husband: “he’d never be in a bad humor if it weren’t for me” (35).

We should not consider Edna the villain in this story, for she has tender moments with her children showing that she does love them: “...seating herself in the rocker, began to coddle and caress him, calling him all manner of tender names, soothing him to sleep” (41). She participates in domestic activities, customary of the time: picking up clothes and putting them away and offering bedtime stories to her boys (45). She does offer to scold the quadroon when she feels that she isn’t caring for her boys properly (49). It could be concluded that these last two events are a reaction to her husband, Robert, leaving and her struggle to cope with her feelings of loss and jealousy.

In addition, there is a moment of self-reflection where she affirms that she would give her life for her children “but I wouldn’t give myself”(49). There is a difference between doing all the right things for your children and being a mother. An identity that completely envelopes a young woman; replacing the carefree days full of indulgent wants and needs. After spiraling into longing and depression, Edna finally decides to pursue other employments and abandons her role as a good housewife (59), unlike her best friend, Adele, who sees Edna as “...not one of us; she is not like us. She might make the unfortunate blunder of taking you seriously” (20).

Madame Ratignolle is the typical example of a perfect wife whose main goal after marriage is serving her loving husband while having as many healthy children as she can. She fits society’s views of what a mother should be. Her children adore and look up to her: “little ones [ran] to meet her… clung about her white skirts…" (56). Adele Ratignolle is the epitome of the perfect wife and mother. She is classically beautiful: a trophy wife(11). She loved having children and caring for them, preparing clothes for the winter during summer (11-12). Within a seven-year period, she had three children and is considering having another (12). Adele only kept up with her music to add pleasure to the home for her husband and children (27). Adele values her role as a mother and expresses that the defining moment of motherhood is her willingness to give of herself and of her life to her children (49 - 50). Edna views Adele’s life as a wife and mother as a “blind contentment in which no moment of anguish ever visited her soul…” (58). Or her life is void of passionate feelings and desires that tug on the soul, distracting and pulling attention away from family. Adele is satisfied with her role and doesn't have aspirations outside her home. Yet, she is supportive of Edna's desire to pursue art (57).

Edna may not have been the ideal mother or the trophy wife that Adele portrayed, but she loved her children. Edna Pontellier is said to possess “That outward existence which conforms, the inward life that questions” (Kate Chopin 16). Those questions that arose, were reigned in by her children who "appeared before her like antagonists who had overcome her; who had overpowered and sought to drag her into the soul's slavery for the rest of her days" (115).

More stories from Rebecca A Hyde Gonzales and writers in Geeks and other communities.