How To Watch Neon Genesis Evangelion in Right Watching Order?

by Aamir Kamal 29 days ago in how to

We listed a complete and right chronological order to watch Neon Genesis Evangelion. If you just starting out and watch this great anime, we have a right-watching order for you. 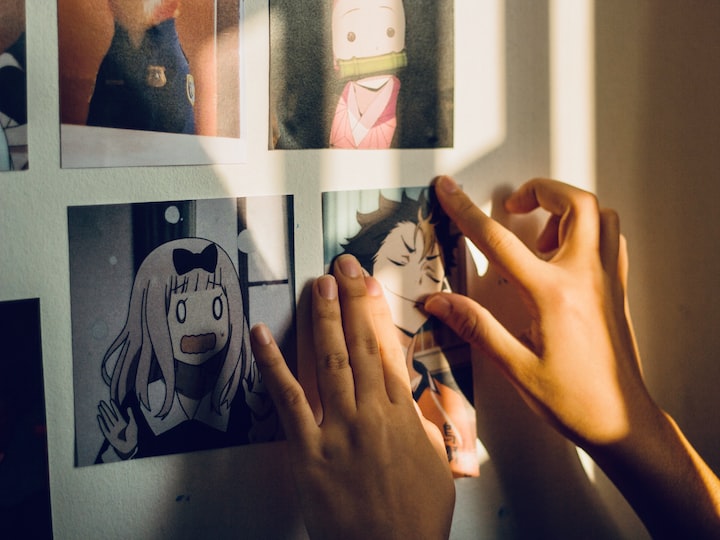 Photo by Gracia Dharma on Unsplash

How to watch Neon Genesis Evangelion in chronological order?

One of the popular and most creative series, Neon Genesis Evangelion, has more to offer you with its mixture of ancient mythology and innovative, modernistic future technologies. For those interested in psychology, it will quench their hunger also. The series incorporates many ideas from the most provocative psychologist, Sigmund Freud.

It can be quite misleading if you are watching this series for the first time. Although there aren't too many projects in the animated series, the chronology and publications are somewhat complicated to understand.

Despite being one of the most impactful and thought-provoking anime series of all time, it is difficult to watch it according to chronological order. It's a disaster, but the fact of the matter is that it's not going to interfere with the story's flow! On the other hand, it simply incorporates more content to enjoy!

Here, we will clear your doubts regarding the chronological order and the release order of watching this anime series. It will benefit the newcomers also.

So, let’s get started!

If you want to watch the Neon Genesis Evangelion series in the release order, follow the below sequence:

This is the starting point for just about everything. Here in these six episodes, we came to know about most of the lead characters properly. Evangelion Unit 01 and their pilot Shinji, the clone of his dead mother Rei, his distant father Gendo, his field commander, and messy roommate Misato, and Misato’s pet penguin Pen-Pen.

Apart from these characters, Eva Units and others are also proposed in these episodes. Here, you will be showing, they have established Shinji’s swan diving right into the action, as he and Rei must take out all the apocalyptic Angels who attacked the earth.

Evangelion: 1.0 You Are (Not) Alone is a part of the "Rebuild of Evangelion" film series. Released in 2007, this film is a re-animated series and elevated recap of episodes from one to six. It incorporates some special sequences to provide a frame of reference and a broader scope of what's going on in the original episodes. In addition, there is new information and alternate dialogue in the original scenes.

Here we meet the narcissistic German pilot Asuka, her red Eva Unit 02, and Asuka's handler Kaji, who has a past with Misato, during these episodes. These episodes comprise most of the series, but they also reveal several disclosures about the main protagonists and the Eva Units themselves. Also, these episodes are going to be the turning point of this anime.

This film comes in the second position in the "Rebuild" film series. It offers a more dynamic timeline than the original anime episodes. Angels are started changing and presented at various times, as there are Asuka and Kaji's intros and the debut of a new pilot. Many changes have been made, and the film departs completely from the original series after Unit 01 achieves "God status," as in episode 19.

These episodes contain a lot of previous storylines about Shinji's mother, Yui, and more information about Rei's origins. Other significant sequences include Asuka's downward spiral following Angel's defeat, the Spear of Longinus, and the anime's introduction of Kaworu. If you watch these episodes on Netflix, you will be able to access Director's Cut, which will assist you in recognizing the entire scope of the story.

Evangelion Death (True)2 is the ultimate update of prior recaps of the anime's episodes 1-24, including the Director's Cut of episodes 21-24.

Initially, it was the first half of a theatrical release called Neon Genesis Evangelion Death + Rebirth, with "Death" featuring the original recap and "Rebirth" featuring the first third of the then-upcoming film The End of Evangelion. Yet, it's not noticeable, but this version of the recap is nice.

The Human Instrumentality Project is implied throughout the series, and spectators are given an inside look into everybody's minds, hearts, and souls. Shinji and other characters are all are dealing here with their inner demons and struggles with their existence.

8. Movie: The End of Evangelion

The End of Evangelion, which serves as a complementary - depending on who you ask - ending to the anime, provides an outside perspective on what's going on with NERV and Instrumentality. There's a takeover of NERV, an Eva battle, a massive Lillith/Adam/Rei hybrid that spreads across the planet, and the start of the Third Impact.

Evangelion 3.0: You Can (Not) Redo exposes a different game from Shinji's before prompted the Third Impact. Shinji was sleeping the entire time, and it's revealed that neither he, Asuka, nor Mari, the Eva pilot from the previous film, have aged at all.

Due to the COVID-19 pandemic, the final film in the "Rebuild" series was tried to push back to January 23, 2021, from its original summer 2020 release date. Evangelion: 3.0+1.0 Thrice Upon a Time is severely impacted by high fan expectations. Asuka and Mari play larger roles and the pledge to return characters from the original anime.

The recommended watching order is the perfect way to watch the series for better understanding and experiencing this incredible anime.

How To Watch The Seven Deadly Sins In The Right Order?

What Is The Correct Chronological Order of The Alien Predator Movies?