'Harry Potter' Theory: Did Harry Find the Room of Requirement in His First Year?

by Jonathan Sim 2 years ago in movie

The truth is about to be revealed...

Pop quiz! When did we first see the Room of Requirement in Harry Potter? The obvious answer is in The Order of the Phoenix, because that is when they first used it as a classroom for Dumbledore's Army.

Well, this theory is about to change all that. YouTuber Seamus Gorman has devised a new theory that the unused classroom that Harry finds the Mirror of Erised in The Sorcerer's Stone is actually the Room of Requirement.

I will leave his video at the end of this article. Now, let's begin.

First off, why is the Mirror of Erised being stored in some random unused classroom in Hogwarts? It was just perfectly placed for Harry to just run into it while trying to sneak away from Filch, and it ended up being such a plot convenience, since Harry would have to know how it worked later in the film.

Seamus has theorized, quite brilliantly, that this "unused classroom" is actually the Room of Requirement. Let's lay out the facts:

The Room of Requirement is a hidden room that appears in Hogwarts when a person nearby has real need for it. And when it appears, it is always equipped with the needs of the seeker.

Dumbledore actually mentioned the room in The Goblet of Fire at the Yule Ball, when he said he was walking down the hall, desperately needing to use a bathroom, when a room he had never seen before appeared full of toilets. However, Dumbledore lies about a lot of things. We'll get back to this.

If you think about it, it does make sense. Harry was sneaking around the castle after hours, and needed a place to hide from Filch and Snape.

If you remember the scene in the book, Harry was in a narrow corridor, and had to escape them. Here's a quote from The Sorcerer's Stone:

A door stood ajar to his left. It was his only hope. He squeezed through it, holding his breath, trying not to move it. And to his relief, he managed to get inside the room without their noticing anything.

Now, when telling Harry about the room, Dobby says that some people are able to successfully find it once, but usually are unable to find it again. Harry, however, found the Room of Requirement three nights in a row.

But even the other two times, the room had good reason to reveal itself to Harry. The second night, Harry needed to show the mirror to Ron, and the third night, he wanted to spend the night with his parents. 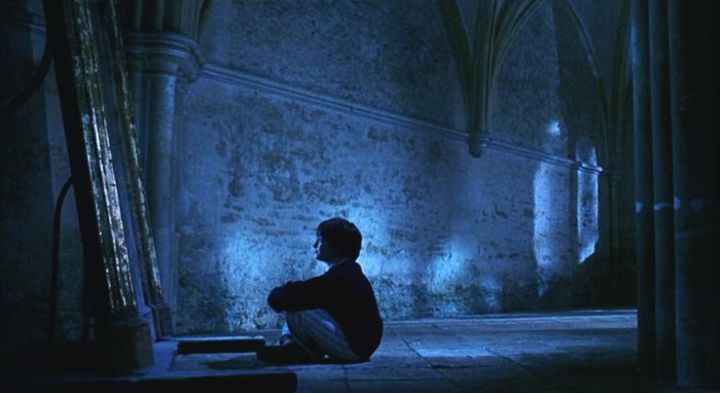 The locations also may very well add up. According to the books, the Room of Requirement is on the seventh floor opposite an enormous tapestry. And while trying to find the mirror again in the book, Harry sees a suit of armor.

He knows that there is a suit of armor near the kitchens, but knows that he must be "at least five floors above there". The kitchens are below the Great Hall, which is on the first floor, so Harry was looking for the mirror on the fourth floor or any floor above there. 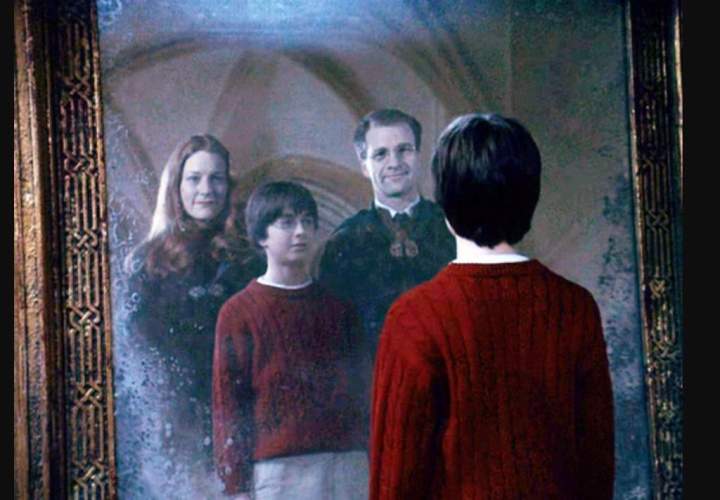 But here is the final bit of evidence that makes this theory practically concrete:

If you're on Pottermore, you'll find a bunch of writing and information from J.K. Rowling about specific things in the wizarding world. And on the page for the Mirror of Erised, you see this:

Only after Professor Dumbledore makes key modifications to the mirror (which has been languishing in the Room of Requirement for a century or so before he brings it out and puts it to work) does it become a superb hiding place, and the final test for the impure of heart.

Dumbledore had the Mirror of Erised in the Room of Requirement. He made some modifications to it, before moving it to the hidden room where it was used as a holding place for the Sorcerer's Stone.

This pretty much confirms the theory. I mean, what could be a better place to make secret modifications to the mirror than the Room of Requirement.

And on the third night that Harry goes to the Mirror of Erised, who is in the same room, standing behind him? 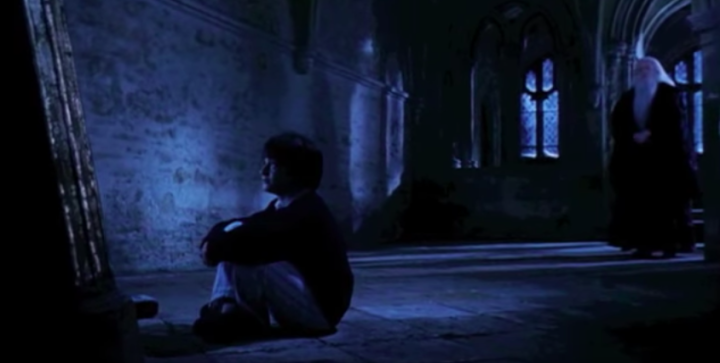 This is the room that Dumbledore was making modifications to the mirror: the Room of Requirement.

Also, after the mirror had served its purpose with the Sorcerer's Stone, it didn't really have much of a purpose. So, it would likely go back to the Room of Requirement, where it had been for a century. I'm not too sure about this, but I think we see the mirror in the room a couple movies later.

Wow. Harry found the Room of Requirement in his first year and he never realized it.

And that's the theory! The sources that I used to write this article are here: