Zombies Get All The Fun Today - What of Father Frankenstein?

“Accursed creator! Why did you form a monster so hideous that even you turned from me in disgust? God, in pity, made man beautiful and alluring, after his own image; but my form is a filthy type of yours, more horrid even from the very resemblance. Satan had his companions, fellow-devils, to admire and encourage him; but I am solitary and abhorred.'

Can you smell the fetid stench of death coming out of Hollywood these days? Zombies are rotting around everywhere you look today. The dead are gorging on the living on Netflix and AMC. They can be found stinking it up on our Roku, Apple TV, cable TV, tablets and smartphones. Despite reports of their definite demise, the ghoulish dead are alive, though not so well. This necrophiliac pop culture craze over the stinking, oozing, bleeding, shambling, creaking, gurgling, shuffling, hobbling and barely walking dead is still going deadly strong.

Blockbuster movies such as World War Z, andhitTVshows such as The Walking Dead, Fear The Walking Dead, Ash Vs The Evil Dead and Z Nation appear to have dead rotten legs to carry them on for a long time. Before all this sci-fi dead walking, old school zombies were all from a Voodoo doctor and his spell. And though many still love Voodoo charms of a revived corpse reanimated to life, mired in supernatural mysticism, today it’s all about science and technology bringing back our dearly and disfigured departed.

With her iconic novel, Frankenstein or The Modern Prometheus, author Mary Shelley created the first real science fiction notion of reanimating a corpse - to see the dead walk again. Before Hollywood got a creative hold of Shelley’s literary creation, scores of readers dreamed of a world where science had managed to do the unimaginable: Resurrect a corpse and revitalize it with the mysterious spark of life. 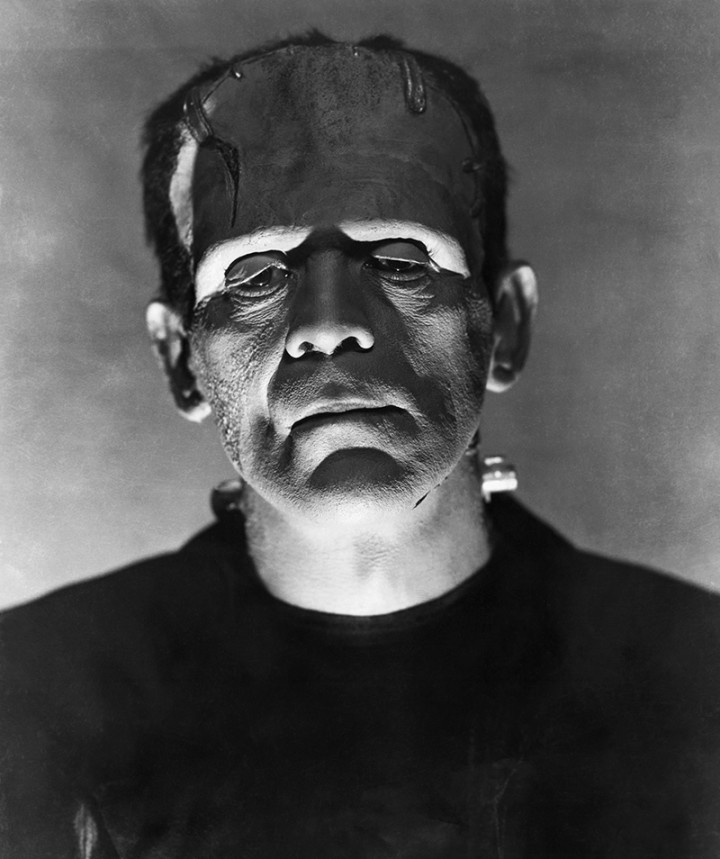 Ever challenge your loved ones to a friendly contest or wager? Perhaps you’re all playing video games, and you agree the winner gets a free dinner courtesy of the losers. Maybe your musician friends call for an impromptu jam session or a singing, rap or guitar play off. For Mary Shelley, the creative contest which birthed Frankenstein was a writing challenge, which her husband Percy Shelley proposed during a summer vacation. Imagine: An informal writing competition gave the world one of its most powerful, compelling and influential literary creations.

In 1816, Mary and Percy traveled to Geneva, Switzerland for a summer vacation with the poet, Lord Byron. The weather didn’t cooperate for the vacationers, so to escape the chronic wetness, the creatives spend most of their time inside. After Percy Shelley challenged the group to a ghost writing contest, Mary stressed over the contest. One night, unable to sleep well, she had a dream. She described it thusly:

“I saw the pale student of unhallowed arts kneeling beside the thing he had put together. I saw the hideous phantasm of a man stretched out, and then, on the working of some powerful engine, show signs of life, and stir with an uneasy, half vital motion. Frightful must it be; for supremely frightful would be the effect of any human endeavour to mock the stupendous mechanism of the Creator of the world.”

Two years later, her landmark novel was published, and a literary legend would take horrific shape scaring millions of readers around the globe. The world would both marvel and feel afraid and disgust at the notion of a corpse being reanimated. Over a hundred years later, Frankenstein would help ignite an American horror movie phenomenon that’s still burning brightly, in not only Hollywood, but anywhere movies are fondly embraced or produced. 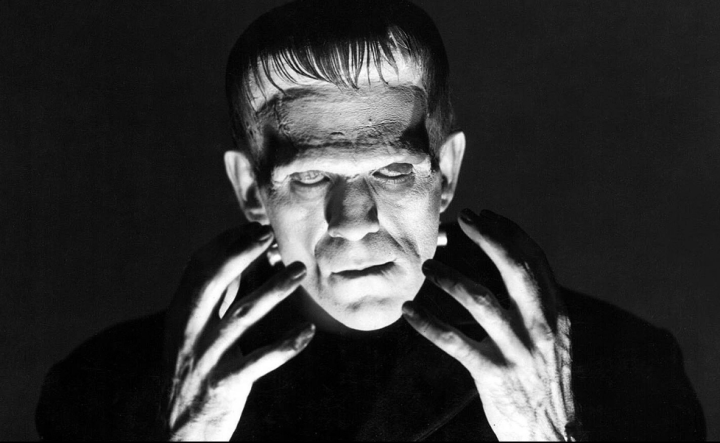 He Is The Original 'Walking Dead'

Who’s your favorite movie monster? Dracula? Wolfman? Freddy? Michael Myers? Pinhead? The modern movie monsters owe a big debt to the Hollywood classics released by Universal in the 1930’s. Dracula, Frankenstein, The Wolfman and The Invisible Man carved out a legendary cinematic reputation which is still being felt today.

Upon its release, to effectively create fun hype, the movie featured Edward Van Sloan, who portrayed Dr. Waldman, coming out before the movie to offer this friendly warning to the audiences:

“Mr. Carl Laemmle feels it would be a little unkind to present this picture without a friendly word of warning: We’re about to unfold a story of Frankenstein, a man of science who sought to create a man after his own image without reckoning upon God. It’s one of the strangest tales ever told. It deals with the two great mysteries of creation; life and death. I think it will thrill you. It may shock you. It might even horrify you. So, if any of you feel that you do not care to subject your nerves to such a strain, now's your chance to uh, well, ––we warned you!!”

It’s not exactly known how many people took the playful warning seriously, but this much is a fact. Frankenstein went on to a massive box office performance - earning $12 million in profit against a $262,007 budget.

The film wasn’t only loved by fans. Critics back in the day and as of this writing lauded and praised director James Whale’s masterpiece. It currently holds a 100% Fresh rating on Rotten Tomatoes. All that love wouldn’t be wasted by Universal Studios. It wasn’t long before more entries in the franchise were produced, including Bride of Frankenstein (1935) and Son of Frankenstein (1939). These were all starring Boris Karloff, whose performance was universally celebrated. After his 3rd turn, he would do no more as the creature. Lon Chaney Jr. replaced him in The Ghost of Frankenstein released in 1942.

Karloff imbued the frightening character with a childlike emotional vibe and real heartfelt pathos. It’s more than arguable to say the movie may have still done well without his classic performance, but audiences might never have connected with his misunderstood, pitiful creature who becomes the target of so much widespread hate and destruction.

After Universal’s many Frankenstein film productions, British horror movie studio, Hammer Films, would revive the monster (CurseOfFrankenstein) with Christopher Lee playing the creature character and Peter Cushing as the daring, if not terminally foolhardy scientist exploring the tech of stealing away death from death’s grip. Many other films would be based upon the monster. One of the more recent stars Aaron Eckhart (The Dark Night) as Adam Frankenstein, a creature in the mold of Shelley’s creation. In 2014’s, I, Frankenstein, the creature plays more like a superhero ripped from the comic books. Despite the pulpy vibe, however, audiences didn’t exactly warm up to the new interpretation or incarnation of Shelley’s classic. The move basically flopped. 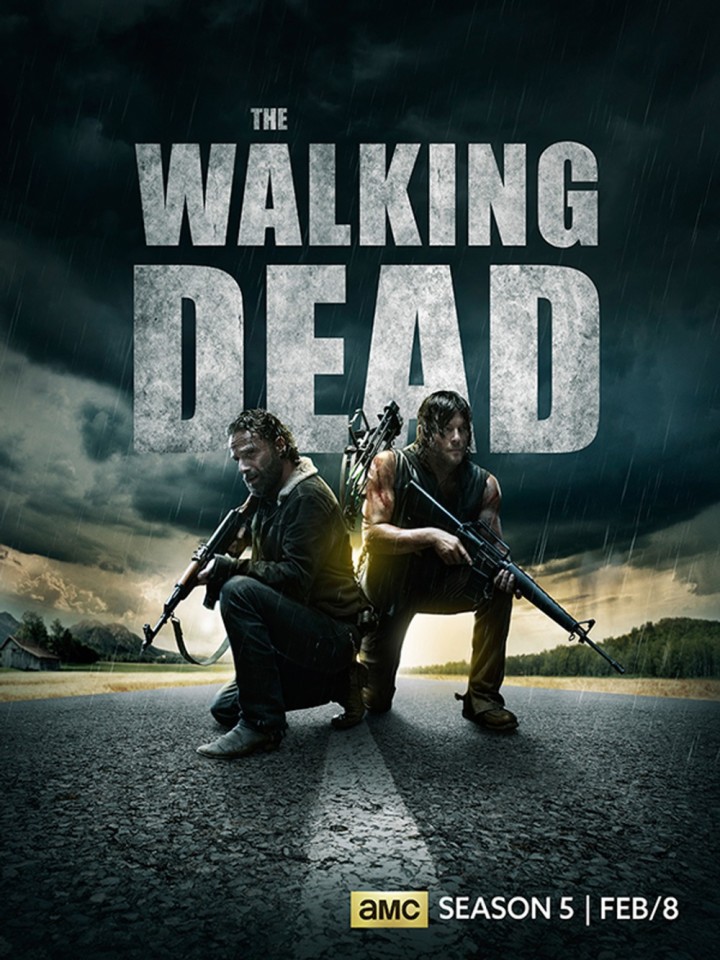 It’s a zombie world - we’re only living in it and getting devoured by them. Zombies are having all the fun these days. They are the TV show and movie hit makers. They’re the ghouls kids love to dress up as come Halloween. We have Walkers (not crutches) who plague the casts of two hit shows on AMC. On Netflix’s Z-Nation, the survivors of a plague seek to find the one who can lift the world out of a zombie ghetto.

Zombies are hip, happening and horrific.

Let’s all thank that famous mad scientist to shame all those other lab coat eggheads for succeeding at being the first re-animator, Dr. Victor Frankenstein himself. Zombies, it can be argued, are in a very real sense Dr. Frankenstein’s long lost love children. The offspring of Mary Shelley’s breakthrough and mind shattering novel. Sure, ‘zombies’ or ‘walkers’ - what have you - are shambling and brain dead (yet you still must destroy the brain to ‘kill’ em - go figure), while the foundation of Shelly’s story was of a revived man who, although physically malformed, retained all his intellect and then some.

Shambling, oozing creatures which make the horde of antagonists on TheWalkingDead and other zombie and ghoul TV shows so frighteningly entertaining certainly isn't the dead being brought back to life with intelligence intact. But back to life they come. Be it a plague, electricity or some bizarre mutagen, radiation or toxic gases, the dead return to life in science fiction. Mary Shelley’s incredible science fiction classic shows us a fearful world shaped by an unforgiving science which resurrects the dead - and the nightmare consequences which follow and plague all of mankind.