Do You Actually Enjoy Classic Literature?

by Stand Corrected Editing 2 years ago in literature
Report Story 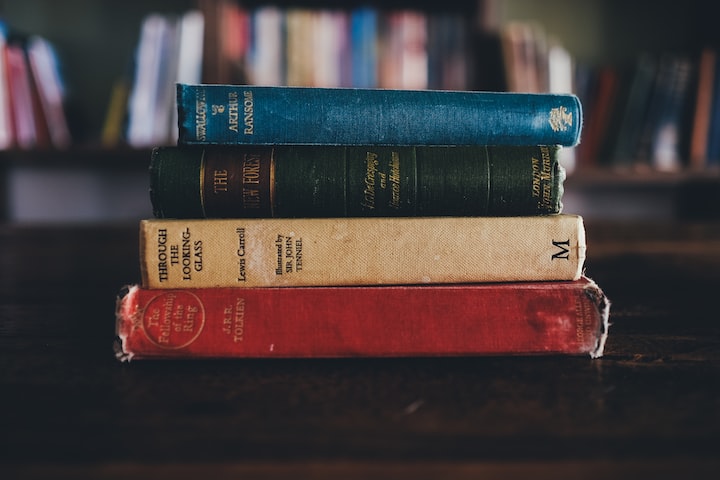 Do you slog through classic literature while hating every second? Or do you thoroughly enjoy the likes of H. G. Wells and the Bronte Sisters? Be honest with yourself here, it’s okay to admit that you don’t understand the hype, and many have been brave enough to reveal their distaste for the classics.

It’s true…the mighty titles everyone must read before they die are sometimes not as popular as they are made out to be by avid readers and writers.

In Catcher in the Rye, Holden Caulfield definitely isn’t loved by everyone; in fact, he’s despised for his self-absorbed persona and slight arrogance.

Frankenstein is deemed overrated by many, perhaps because the abundance of film adaptations have epic visuals, a voiceless monster, and a protagonist who resembles a wacky, obsessed scientist. However, in actual fact, the novel is a heart-breaking, Gothic tale about loss, death and life. Plus, the monster actually has a voice in the book!

Furthermore, some... believe it or not, find the works of Jane Austen… well, really dull; not everyone likes to read books set in the 1800s.

So, why do so many readers still drag themselves through these ancient works if they don’t enjoy them?

Many have said they read classic literature to broaden their literary intelligence or writing skills, but what about all the other enjoyable novels that can provide the same? I doubt many people wouldn’t sit through Star Wars to broaden their knowledge of Science Fiction. I sure as hell wouldn’t. And many wouldn’t binge the ten good seasons we have of modern Doctor Who if they had no interest in time travel, right? So, why is it different with classic literature?

Well, I suppose it depends on the person.

The avid reader may fear that they aren’t validated as a bookworm unless they have read Shakespeare’s complete works, so they force themselves through Hamlet, not knowing what is going on. But they feel they have to finish it to be accepted by society.

The aspiring author may believe they will never see their books on bookshelves if they have not read, absorbed, and loved every classic novel out there!

I understand that the majority of us have had to read a few classics in our lives. Remember Macbeth and An Inspector Calls at GCSE? A Doll’s House at college? The dreaded Jane Eyre and Sylvia Plath at university? I remember those days well, but I didn’t enjoy every classic put in front of me. Forgive me, but I did not get on with Jane Eyre, and I never will, so I’m not going bow down to societal pressure just to appear "well-read."

Yes, I adore some classics, The Great Gatsby being one of them, but I had no interest in reading it until I had seen the film. I was mesmerised by Tobey Maguire’s narration, and I idolise Leonardo DiCaprio anyway, so I read the book because the film had sparked my interest. There wasn’t an invisible expectation hanging over me, and there shouldn’t be with anyone else.

Nonetheless, if you genuinely want to read books like Wuthering Heights and The Picture of Dorian Gray, please do, but if you’d much rather read the works of John Grisham or Cecelia Ahern, then that should be your priority. Just because the world has put many ancient books in the 'Classics' section, it really doesn't mean you have to read them.

Yes, the classic authors are and always will be great, I am not disputing that, but it saddens me that this pressure to read them stops people reading what they love! So, if you're currently ploughing through Mrs Dalloway and hating it, put it down! There's no shame in leaving a book unfinished.

Reading should be enjoyed, after all.

More stories from Stand Corrected Editing and writers in Geeks and other communities.