Difference Between DC and Marvel comics

by Aamir Kamal about a year ago in comics

Discussing the differences between DC And Marvel comics. 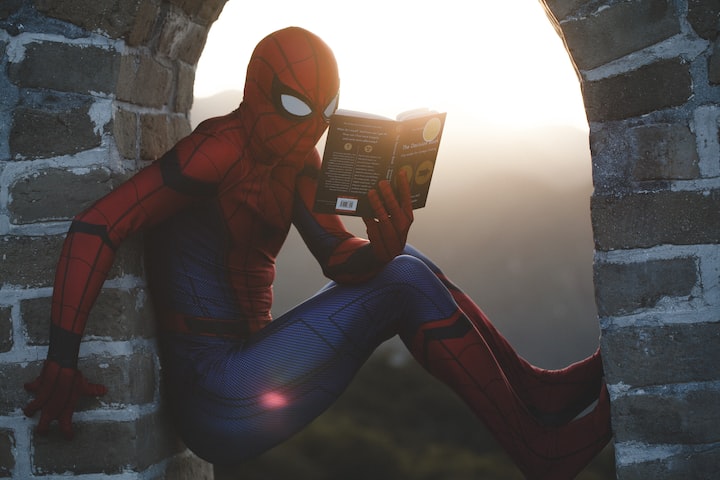 The industry surrounding the comic world has brought in popular hit series including the batman and superman franchises, however, there has been an increasing demand for comic-themed media, often more and more are being made. Fictional movies and television shows like those featured in marvel and DC have had massive success thanks to comics being the core inspiration; the demand of bringing more comic books to life is ever-growing and the fan base as well.

DC comics and Marvel comics are the two major publishing companies that make different types of comic books we see today. At the start, the franchises simply started out competing by coming up with somewhat similar plot lines with almost similar superheroes, and over the years, they have grown and become popular in the modern entertainment world. DC are the pioneers of superman, batman, and wonder woman and they are the ones who started working with a brighter aesthetic compared to marvel.

DC comics were first established between the early 50s and 60s; they made comics that had a single individual story from the beginning to the end. With a Marvel comic, the difference you will note is how characters start off with a normal life story plus a history which plays into the plot line; Marvel always puts in more effort to elevate normal people, for instance, Peter Parker into a hero like Spiderman who has the ability to use his superpowers either for good or for evil. Most of the superheroes from DC comics are already established when first introduced to the series but Marvel always allows the characters to unravel and evolve right before your eyes.

Although the two feature different visual aesthetics, the similarity between DC and Marvel comics is that they adhere to the same general template which is the standard of an American comic book. Both comics give readers 32 pages filled with action laden battles between the superhero character and the city villain.

DC Comics initially started out as the National Allied Publications; the original company eventually leaned towards stories featuring mythic beings or heroes that worked as paragons of the human race - the best of what man could become. Superman, Batman, and wonder woman were depicted as paragons of strength, personal fortitude, or will-power.

A closer look at DC comics shows how their heroic templates appeared more brighter and idealistic than Marvel comics probably. Additionally, DC comics included some silly stories from the 50s and 60s and kept them short with no desire for continuity; this allowed them to start with stories that were not connected to each other and keeping them in a bizarre or lighter tone. Several other companies DC would take in during the period of the Golden and silver ages had similar characteristics in the themes they used; in a few cases, they had more than copies of the original main characters from DC comics. Captain Marvel or Shazam and Captain Atom were almost similar copies of Superman, the core character of DC comic.

DC worked extremely well as a judge of characters that fit their overall motif all thought at times they weren’t perfect in successfully deploying the characters. For example, Batman from DC portrays the indomitable spirit of a human while the character, wonder woman shows how peace is desirable and mostly, it has to be fought for. The number one character, superman, portrays the innate goodness of moderation in everything, hard work, humility, and restraint despite being endowed with phenomenal power; in other words, he is a god who aspires for humanity.

Most of the heroes featured by DC comics covered each elemental region often replicating gods of myth. For instance, Aquaman replaced position, Flas replaced Hermes, and the Martian Manhunter replaced Proteus; all of these heroes had their mythic counterparts even though you may not instantly recognize them.

The superheroes without power like Batman and Green Arrow were legendary in their special abilities; thanks to their skills, the two physical specimens were allowed to hang with the legendary heroes or gods like Hercules and Perseus.

Most superhero characters from DC are mostly likened to gods who have come to earth; superman somehow representing Moses or Christ. DC heroes show us how great humanity can turn out when working together towards the accomplishment of common goals. Besides, the heroes also promote the future of all humanity. This mythic nature always works against DC whenever they try to bring in new heroes who don’t have a mythic origin, this explains why the numerous creations they try to introduce never gain the recognition which their iconic originals had.

Timely publications was the original company that later became Marvel Comics; their approach of making superheroes was relatively different from that of DC. DC showed off their gods covered in men’s clothing but what Marvel did was to elevate both men and women to a god-like structure; Dr Banner and other Frail mortals like Peter parker suddenly had god-like abilities but also accompanied with human frailties. Emotions like rage, anger, indifference, mortal weaknesses, and contempt gave all of Marvel’s superheroes a more understandable and human quality which most could relate with.

Marvel tried to bring out mortal beings that later got their superpowers like the Fantastic Four; apart from the Fantastic Four, Marvel also depicted scientists, austronauts, stuntmen, pilot who received their superheroic capaciticies after an encounter with the cosmic storm. All these previous mortals who were the best at what they did, later experienced some sort of apotheosis that extended their heroic status to a god-like state.

Additionally, Marvel expounds on the god-like state when they get Mighty Thor come to earth for a battle against the Fanatastic Four during the prime of their career; the Mighty Thor is believed to be a god. Even though Thor defeats the Fantastic Four, he easily admits that the group were far more than mere mortals.

After the Fantastic Four, Marvel included evolved characters more and more like the Daredevil who has enhanced senses and his extraordinary fighting capacity, Doctor strange who is an accomplished surgeon that later turns sorcerer supreme, and Luke Cage with steel hard skin and superhuman strength.

If you take a closer look at the history of Marvel’s superheroes, they were victims of either exploitation or tragedy and they made several attempts to regain control of their lives. The Black Widow, Hawkeye, Moon Knight, and The Punisher are four human heroes who lived lives of loss and violence.

Each of the four tries to cope with their loss in a different way for example Hawkeye puts up a brash bravado to hide his emotional trauma while Natasha Romanov, trained as a spy from childhood finds herself as part of the avengers after battling her issues and getting detached from humanity.

As the punisher engages in a crusade against the criminal underworld, it gets him in battles against the villains and some heroes. How about Moon Knight? His career began when he used to get hired as a schizophrenic soldier that was eventually possessed by a sliver from a divine avatar; Marvel was the first to experiment with humanity’s darker parts way before DC looked at it as an avenue worth of storytelling.

Marvel also touched a bit of the other half part of the human equation which is the desire of normality. For other beings born with capacities that made them have superhuman abilities, humanity was undesirable since it was cruel and unforgiving. There are two groups that are always looking for acceptance and are never finding it and those are the inhumans and the mutant/ Homo Superior.

The group of inhumans includes subjects of experimentation from thousands of years ago and every member had different features on the outside when compared to other members; for the most part, these were a warm and loving people and these extraordinary beings only wanted what all ordinary people want which are respect and acceptance.

Other mutants including the X-men were endowed with superhuman abilities which were not admired but reviled by humanity; people weren’t okay with this embedded potential for change that lay right in their very DNA. Moreover, Marvel paid homage to Tony Stark and Hank Pym, self-made men whose genius capabilities made them utilize technology to supersede their humanity.

Over the years, Marvel has gathered a wider audience since most can relate to their iconic heroes whose primary issues are mostly very human and always seasoned with superhuman sauce. Tony Stark also has translated extremely well to the silver screen; he is known as a know-it-all, wise-cracking, and always technologically smart. Sometimes however, Tony is so socially inept.

Both Marvel and DC have their differences but they have managed to successfully tread the ground on which most humans are constantly find themselves; humanity needs guidance and they look to mythology to get the answers. Such questions are is this the best I can be? How is my conduct? When I find myself in a position of authority and power what do I do? How can I lead effectively? And how do I set a good example?

Despite the humble beginnings of comics on low-quality paper, they have evolved into an economically powerful cultural force.

Read more of our stories:

2. The Chronological Order of The Twilight Series