'Dark Phoenix' Movie Preview, The New Mutants, and the End of the Fox X-Men Universe

by Neil Gregory 8 months ago in entertainment

This is the end of the X-men

Ugh...Where we do start, this is probably the least anticipated X-Men movie since X-Men: The Last Stand and the same writer who messed up the dark phoenix storyline the first time now gets another chance at it!

When X-Men was rebooted with the current cast in Matthew Vaughn's superior First Class back in 2011, the film was widely praised and fans were looking forward to the further adventures of this new team of X-Men. However, Vaughn only stuck around for one film, and this new iteration of X-Men was placed back in the hands of original helmer Bryan Singer, with Days of Future Past a perfectly acceptable sequel to Vaughn's film. The problem was Singer also brought back The Last Stand writer Simon Kinberg for DOFP, and this then led to the abysmal X-men Apocalypse; which, again, wasted a great cast and completely ruined the classic Age of Apocalypse comic book storyline.

So how Fox studios thought it was a good idea to let Kinberg take over the directing, as well as scripting duties (due to Bryan Singers legal troubles), I will never know. As a writer, Kinberg has a poor track record, starting with xXx 2: The Next Level, though he did have a hit with Mr. &amp; Mrs. Smith before the dreadful X-men: The Last Stand and equally poor Jumper. In recent years, he was responsible for the truly dreadful reboot of the Fantastic Four; although, he has faired better as a producer with films such as Logan, Deadpool, &amp; The Martian.

However, looking at Kinberg's IMDB credits, his most successful films seem to be when he is in a producer's role, not as writer or director. Dark Phoenix is Kinberg's first film as director, and his only directing experience was on a recent episode of the Twilight Zone TV series.

One of the key problems was that Vaughn assembled this great, young cast for First Class,including a relatively unknown Jennifer Lawrence as Mystique (once The Hunger Games films became massive, Lawrence became a star). Now, I'm fully speculating here, but I'm guessing when Lawrence signed on for First Class, her contract had her signed up for sequels as well. The issue is, Mystique is never a key lead character in most of the well-known X-men stories, but because of Lawrence's prominence and rising profile, her role was expanded in the following sequels at the expense of following the original storylines from the comics and development of the other characters. This is not a critique of Lawrence or her performance in the films, its down to the studio shoehorning in a character into stories where her importance is vastly overstated from the original stories, and the studios banking on Lawrence as the reason to see the film. 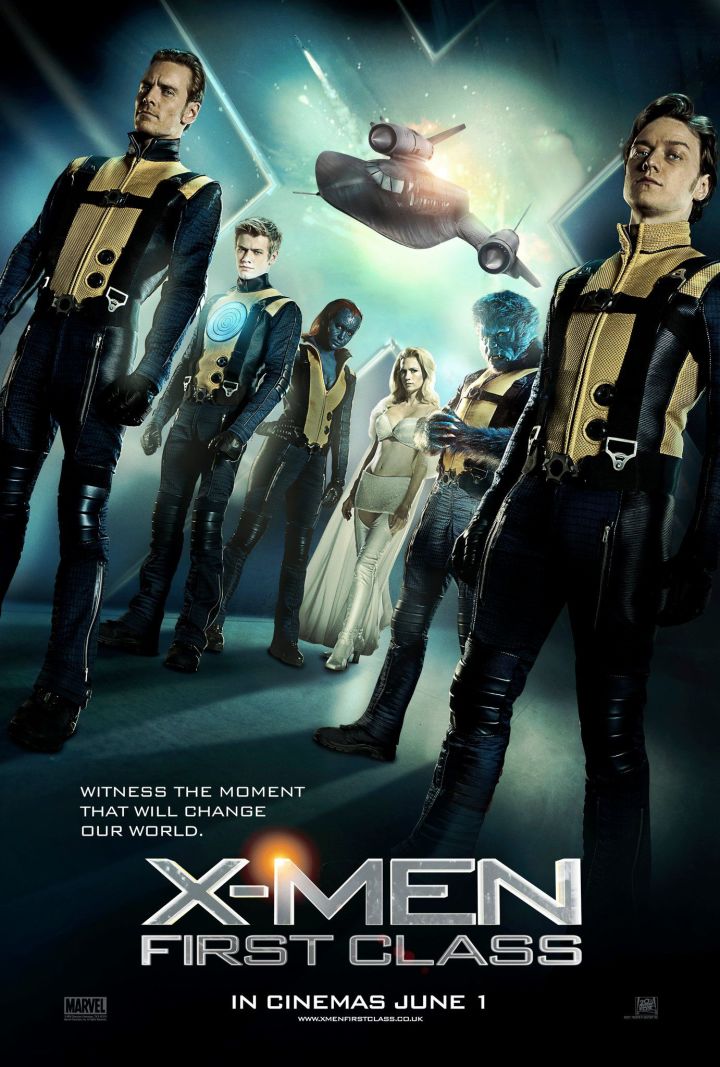 Still with me after that? Onto the trailer.

As there are three trailers already for this movie, I'll focus on the most recent.

Mine & Quicksilver's reaction to that trailer 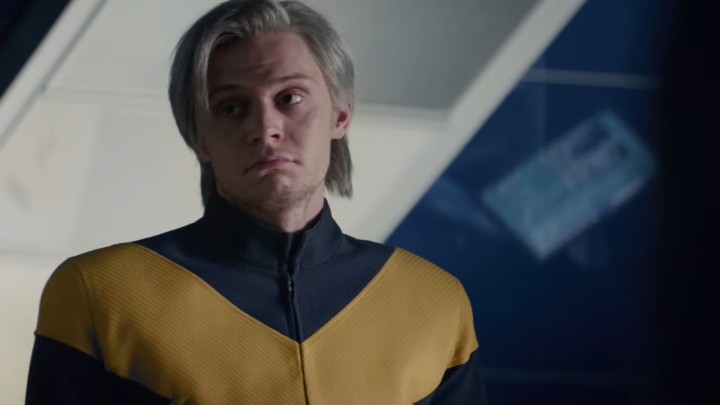 To say I was underwhelmed by this trailer would be an understatement. Compare this to the trailers Marvel &amp; DC regularly produce, and it is severely lacking.

Since Days of Future Past, the X-men films have stunk of mediocrity. The Fox X-men franchise has all the hallmarks of the films just being made so that the studio kept the movie rights from reverting back to Marvel. Indeed, Sony had the same issue where they kept producing Spider-man films, despite worsening reviews and box office performances; however, at least Sony was smart enough to partner with Marvel in an effort to get some of that sweet MCU money.

Some credit must go to Bryan Singer whose original 2000 X-men opened the doors for many other superhero films with its critical and commercial success. Since then, we've had three trilogies within the Fox X-men universe. Singer's original two films were lauded, but he jumped ship to Superman Returns before completing his trilogy and handing it over to Brett Ratner for the truly terrible The Last Stand.

We had a Wolverine trilogy with the poor X-men Origins: Wolverine, before James Mangold took control of the franchise with 2003s The Wolverine, which was a massive step in the right direction, faithfully adapting one of the classic book storylines. Mangold then produced a masterpiece with 2017s Logan, which followed an aging Logan caring for a dangerous and ailing Xavier. Logan is easily the best of all the Fox produced X-men films.

Then we had Matthew Vaughn kicking off the new cast/reboot of X-men with the brilliant First Class in 2011 before, as detailed earlier, Fox returned the franchise to the original team of Singer &amp; Kinberg with Days of Future Past &amp; Apocalypse.

I wonder if Kinberg was even supposed to direct Dark Phoenix? I question if Singer was supposed to do it, so he could finally correct the mistakes that were made with the original X-men 3, which he left despite doing all the setup work for the Phoenix storyline in his original two movies? Singers well-documented legal troubles could have been the reason why he was removed from this movie, and Kinberg was given the director's job.

Fox has always forged its own path in regards to its Marvel properties, and now with the Disney/Marvel buyout of Fox finally going forward, Marvel will once again regain control of its own characters such as The Fantastic Four, X-men &amp; Deadpool.

Dark Phoenix could well be the last (cinematically at least) of Fox's X-men universe, and the nineth film in a series that started 19 years ago; although, there is still one more film to come with Josh Boone's The New Mutants.

Boone is a relatively unknown filmmaker with a few indie films under his belt before his weepie, mega smash The Fault in Our Stars, so he was a strange choice for what was to be a first X-men horror film. He assembled a strong cast of great young actors: Game of Thrones Maisie Williams, The Witch's Anya Taylor Joy, and Stranger Things Charlie Heaton. The initial trailer showed promise of a cross between One Flew Over The Cuckoo's Nest &amp; Nightmare on Elm Street, but set in the X-men universe.

However, then it went quiet and the film was delayed over two years from its original release date. There has been rampant speculation that the film is an unmitigated disaster along the lines of Kinberg's Fantastic Four reboot. There are a ton of stories online citing the usual on-set problems, with the cast not getting on and the director clashing with the studio. There are also stories suggesting the re-shoots were ordered to make the film scarier because of the positive reaction to the first trailer.

Even the cast have recently joked about the movie in interviews for other projects that they have no idea with what's going on with the movie. Some sources suggest that its cinema release may be scrapped completely, and it will first appear on the new Disney+ service at the end of the year.

By comparison, the trailer for New Mutants looks like a marked improvement over Dark Phoenix, and I think we can expect the following:

Dark Phoenix will be probably be along the lines of Apocalypse, as the film stinks of contractual obligation; whereas, The New Mutants at least has promise from a strong cast. The fact that it is doing something new with the X-men and that expectation is so low for it, it might just surprise a few people.

The New Mutants will be retired before this film comes out 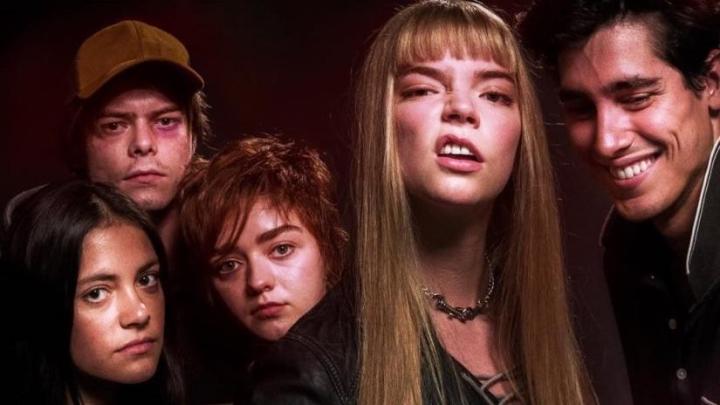 The cast clearly thrilled about reshoots

Going forward, I think Disney/Marvel would be smart to cut all ties with the current iterations of the Fox X-Men universe and start from scratch so that when we finally get The Avengers vs. The X-Men (in probably a decade), it is a fresh start with a new cast and writers/directors who do not have the baggage of the previous team.