Book Recommendations For The Teens & Preteens In Your Life

by Alisan Keesee 8 months ago in list
Report Story

AKA the hardest people to buy books for 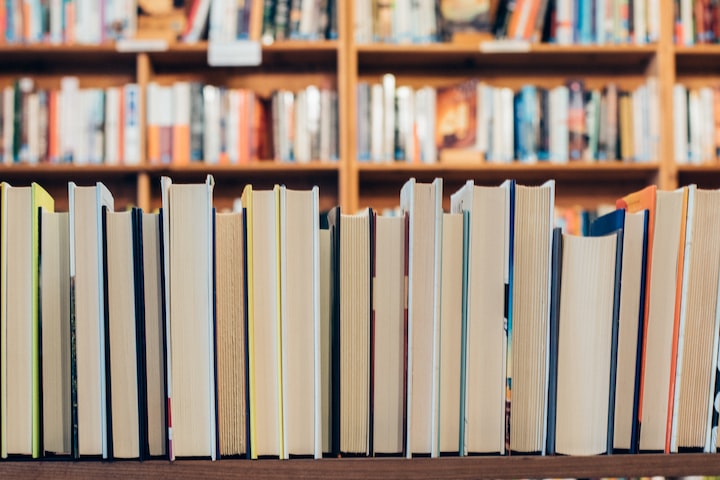 Photo by Jessica Ruscello on Unsplash

Teens and preteens are often some of the hardest people to buy presents for. Many will settle for a gift card, cash, or a clothing item that is either boring or will go unused.

However, if the teen or pre-teen in your life likes to read, wants to read more, or is a hesitant reader, books can be a great gift.

Throughout my childhood I remember receiving books from family members, often with notes on the inside cover or flyleaf. Even if these books no longer fit my reading preferences, I still keep them because they come with cherished memories and we’re given with the intention to both entertain and educate.

Choosing a book for someone else is akin to picking out a knick knack that reminds you of them. Finding the perfectly catered book for the young person in your life is not always easy. But, luckily, I’ve read my fair share of YA and middle grade. Here are some of my suggestions for books that make fantastic gifts for the teens and preteens in your life.

#1: A Monster Calls by Patrick Ness

It seems like everyone knows someone who lost someone this year, or lost someone themselves. Grief is difficult, even for the most well adjusted, neurotypical adults. This may be some of the only times someone without mental health issues feels depressed, anxious, or panicked for long periods of time. For those with mental health conditions or who is neurodivergent, this is especially difficult. Now, factor in a developing mind, and grief becomes so much harder to process.

A Monster Calls by Patrick Ness is arguably one of the best books about grief I've ever read. While from the perspective of someone a bit younger than the target audience of this article, what the main character Conor goes through gives preteens, teens, and adults the grieve openly and without shame.

Another bonus is that it comes with beautiful illustrations and is a fairly short and quick read. It is not a typical novel.

#2: On The Come Up by Angie Thomas

On The Come Up by Angie Thomas is about a teenage girl who aspires to become a rapper like her father. Taking place in the same world (and city) as her debut novel The Hate U Give, this novel is perfect for musically inclined teens.

The book also deals with serious issues that teenagers may face every day: food insecurity, unstable housing, mental illness, drug use/ abuse, violence against black students, gangs, and more. It is definitely better for teens, but not as intense as The Hate U Give. The book is long and probably better for dedicated readers. The exception to this may be if the teen in question could relate heavily to the main character and/or her situation.

I do think any Angie Thomas book is a great choice for a gift this holiday season. However, I don't think On The Come Up, gets the hype it deserves.

#3: We Hunt the Flame by Hafsah Faizal

Have a fantasy fan on your hands? Has your teen devoured Harry Potter and Percy Jackson, but is not quite ready for the spice of something like A Court of Thorns of Roses? This is the perfect in-between.

Taking place in a world based on ancient Arabia, this duology is beautifully written, not too complicated, offers just enough violence and sexual tension to hook (and be appropriate for older teens). This book has been all over YouTube and TikTok, so your teen might already know about it/read it.

Features of this book include a strong female heroine, found family, sisterhood, first love, and more. The characters are diverse, morally gray, sympathetic, and likable.

#4: The City of Ember by Jeanne DuPrau

A dystopian that came out before The Hunger Games, The City of Ember is the story of two teens who live in the underground city of Ember. Food and electricity are running low and Lena and Doon are being placed into jobs for the first time. Soon, they stumble upon a secret that may reveal the exact purpose of the city, and that they can escape.

I read this entire series in middle school and I still love them to this day. The concept is unique, memorable, and gripping. There is no explicit romance plot and even with darker themes, it is perfectly appropriate for preteens. There is now also a graphic novel version.

A must read for every preteen/teen, this book does deal with extremely sensitive issues. However, it does so in a beautiful way from someone who endured sexual assault and rape as a teenager. It is not overly explicit and deals more with the main character's recovery following the incident (though it is not known what happened to her until well into the book).

This is one of the few books I have read twice. It is lyrical, ahead of its time (it was originally published in 1999), and written by one of the top young adult authors alive. A 20th anniversary edition graphic novel was also just released for more visual preteens and teens.

#6: Between Shades of Gray by Ruta Sepetys

Is your teen or preteen a history buff? Do they often pick up history fiction or obsessed with books about a certain time period? This novel delves into a lesser known genocide, the Lithuanian genocide. Between Shades of Gray is hard to put down and definitely not quite as sad as other similar books (though they may still want to throw it across the room sometimes).

In general, Ruta is an author that likes to bring attention to places, times, and people not often seen in young adult fiction. All of her books are fantastic and well researched, absolutely perfect for a teen who loves history.

Furia is real, unfiltered, and understands an athlete's experience. While it does involve some heavier topics at times, there is nothing too overly concerning about the book. I'd say this book is suitable for all teens and a few select older preteens.

These are just a few of the books that a teen in your life may enjoy. If they are an avid reader, you might want to check their Goodreads account (if they have one) and make sure they haven't already read it. And, when in doubt, ask a bookseller or librarian!

More stories from Alisan Keesee and writers in Geeks and other communities.