All Elite Wrestling Brought Me Back to Pro Wrestling

by Carbazel MMA 11 months ago in tv
Report Story 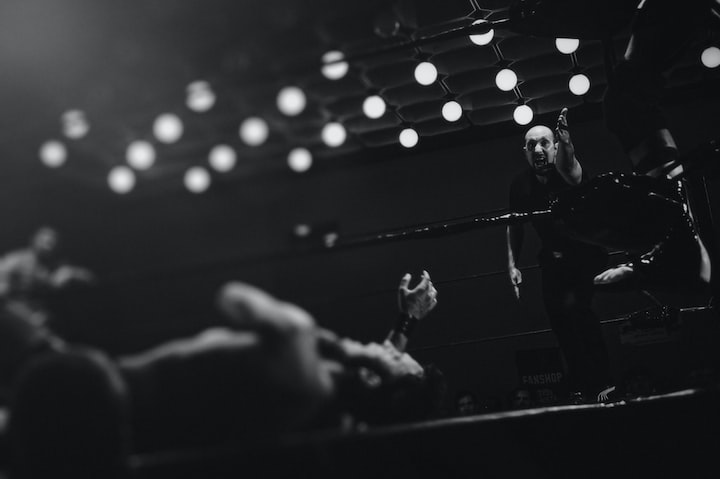 Someone asked on Quora, "If not a fan of All Elite Wrestling, what turns you off from tuning in to this show?" My answer is, nothing.

All Elite Wrestling (AEW) is actually what got me back into wrestling.

It's a combination of things, including the COVID-19 pandemic but their aggressive marketing on social media had them on my radar before that, and Jake Hager, who also competes in Bellator MMA made me interested. There is a long history between MMA and pro-wrestling whether fans of either, like it or not.

The last event I covered in person before the pandemic started was in 2019. Bellator 231, Hager fought Anthony Garret and it ended in a no-contest. In the post-fight press conference, Hager said he had intentions to be a Bellator MMA champion and an AEW champion. I was far removed from pro-wrestling, but I liked his energy. Plus, during the pre-fight media Hager was nothing but nice, completely different than his AEW persona, but that persona was turned on by the way his fight went. I also thought it was cool the AEW logo was on his shorts for his MMA fight, whether or not they sponsored his MMA camp, I neglected to ask but it kept AEW on my mind.

Fast forward to 2020, March 11 the global pandemic was declared. All sports shut down and canceled events. Everyone had to change how they did things as they moved forward. AEW was scheduled to be in Newark, New Jersey that week and canceled, but they were not gone for long. There was nothing to watch but Tiger King and anything else you could binge.

I kept seeing ads on TNT for AEW DYNAMITE, they were moving forward without fans in Jacksonville, Florida. I saw Hager in some of those ads so I thought, "I might as well check it out." I did, it was fun. At the time, I didn't think I was going to tune in every week, it was just something to watch to escape all the madness going on in the world.

Then they brought in Eddie Kingston

On July, 22 some guy that was a culmination of every knucklehead I went to high school with walked in and challenged Cody Rhodes to a "no disqualification" match. Kingston's demeanor and everything prompted me to text a friend of mine to ask if they were recruiting people from my hometown to wrestle because of the pandemic, he knew who Kingston was and filled me in. I couldn't stand him because he was the epitome of the dudes I grew up with, but often find in myself when I get silly, angry, or even a little buzzed from beer. I had to see him again.

I know it's "fake", I know it's not real and the personalities portrayed if anything is just an exaggeration of the wrestlers playing them. But, the fact that they get silly, don't take themselves too seriously, and seem to enjoy working with each other made me get back into it again. Plus, one thing they do and do well is actually wrestle.

The constant yammering and in-ring drama in the WWE is what made me turn away from pro-wrestling. Yes, AEW does it too, but it doesn't take long before someone starts wrestling. What's going on now in the world of professional wrestling, especially with AEW and the WWE is reminiscent of "The Monday Night Wars." It was the competition between WWE and WCW for the attention of pro-wrestling fans every Monday night. It was my favorite era in pro-wrestling, and I was a WCW guy.

I always like to check out what's new. Even in my MMA coverage, I'll put more energy into regional promotions, Bellator MMA, the PFL, and ONE Championships over the UFC. They treat media better than the UFC anyway, but for pro-wrestling and anything in general, I always liked to get into what is far from what the crowd likes.

More stories from Carbazel MMA and writers in Geeks and other communities.