JT
by Johannes Turunen 17 days ago in real time strategy

The road to make profits from poker can be quite quick if you have a gaming background!

As a geek turned into a poker enthusiast, I was totally hooked with strategy games since I first learned to turn on the computer (around 4 years old). I believe my history of playing games later led me to try out poker, and also joining the team of beastsofpoker.com.

Back in thea early days though! First it was Warcraft 1 with slow units, then in 1995 Blizzard published Warcraft 2 where you had amazing graphics by standards back in those days and awesome campaigns. But, it wasn't until 1998 before I experienced the power of internet combined with strategy gaming: Starcraft 1 arrived at the stores and I got one.

It was a winter weekend and I was at friends house from early Friday after school. They had unlimited internet (remember the times of modems with pay per minute?) so I asked if I can bring my newest game. Install, connect to the internet, open the multiplayer option.

I arrived at the lobby of what seemed to be other real people playing the game. They were chatting and creating 3vs3 and 4vs4 games with maps such as Big Game Hunters. This was like a paradise to me. Soon I jumped in, and my allies helped me whenever I was in trouble. I knew nothing about competitive gaming, but I didn't have to - it seemed everyone was noob friendly in these recreational games! Oh boy did we have some fun over that weekend. I fell asleep after gaming 14 hours, listeting to soundtrack of Titanic...

I found poker as some of my friends started to play home games back in 2005. I called too much, slowplayed too much and was generally too passive. Nevertheless, I tried playing some freerolls every now and then, and would eventually play in a real casino. I noticed nobody else knew how to play either! Since then I have played over 3 millions hands of online poker, traveled around Europe playing live tournaments, partied at crazy night club venues with awesome people - and supported myself through playing the game while studying. I actually managed to finish my degree also, even though 20-tabling took most of my time. 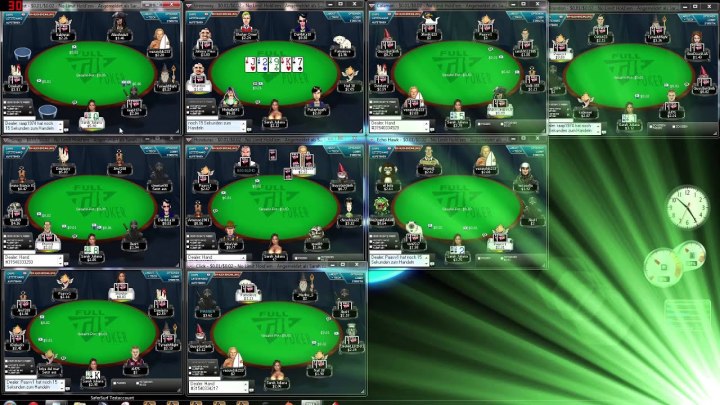 Why do I believe a gaming background helped me transform into poker? Well, I'm not alone - there are people much more succesful in both endeavours, such as ElkY and Fiilismies. Let's quickly go through why gaming/esports have so much in common with playing poker competitively:

1. Everyone (+18 of age in poker) can play: You don't need much to start playing poker online or to start gaming. With a budget of 20-50usd you can start your learning journey, and both games require dedication in the form of quality practice: hours and hours of quick decision-making.

2. Stragegy & psychologic aspects of the game: Besides the technical skills, you can actually start to read your opponents and predict what they are up to. Once you have played enough, this will become your second nature.

3. Long-term thinking: There is no time in gaming or poker to mourn over lost matches when things don't go your way. You have to recoup quickly and play your best in the very next game or very next hand - in the long-term, the most skilled and hard-working players will come out on the top.

Do you have what it takes to excel in poker? Take the challenge and try it out!