by Rory Hoffman about a year ago in first person shooter 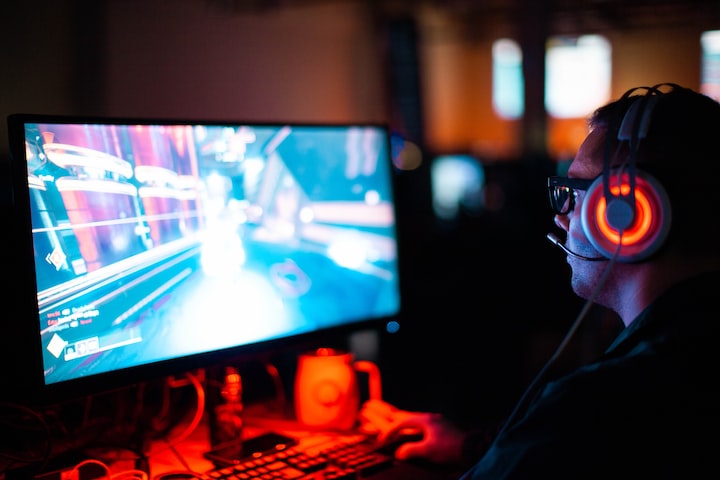 Valorant is first and foremost a take on the previously uncontested Counter Strike genre. It was described to me before I tried it out as a combination of CS:GO and Overwatch, which sounds intriguing, but it's not entirely accurate. I have never played CS:GO. There's no particular reason why I never played it, I just never got around to it, but I do have a decent understanding of the game based on videos and streams. Because I'm new to the genre I will for the most part be comparing Valorant to other First Person Shooters. Here I'm going to break down what exactly Valorant is as a game, what misses in terms of playability for me, a casual player, and the parts of it I genuinely enjoy.

Valorant is CS:GO with abilities. It is not a combination of Counter Strike and Overwatch, and it is not Overwatch with customizable loadouts/buying system. The win conditions, combat style, movement and map style were all drawn from Counter Strike, it just so happens that players' can choose "Agents" which have different abilities that they can use to their (almost exclusively tactical) advantage. It's clear that Riot, known primarily for League of Legends, is trying to revitalize the Counter Strike genre and since they have the budget and background to make a game slower and more tactically minded than your average battle royale, they did so. Valorant rewards careful gameplay, lining up angles to get the drop on enemies from a distance, staying still so that your spread is smaller and more likely to hit, and teamwork. Coordinating abilities, pushing a solo opponent with two teammates, covering people while they plant the Spike, are all going to pay off more often than a crazy rush. Valorant is setting itself apart from CS:GO with the introduction of Agent Abilities, because it opens a new layer of gameplay that, once mastered will give some people an advantage as it should; but these abilities still very much take a back seat to core mechanics of movement and aim that came from CS. This has its ups and its downs.

Games are slow and frustrating. They consist of two rounds of play per team, one offense and one defense. The attackers attempt to plant a spike or kill all of the opposing player's, the defenders try to kill all opposing players or prevent the spike from being planted before the timer runs out. This means if you die early in a round you sit and do nothing until the next one. It's effective at forcing more careful decisions, which is the intent, but in gameplay this means a whole lot of camping. The minute to minute gameplay centers on finding the best spot with the longest sightline to wait on defense, and finding the best way to get past those sightlines on offense. This makes the game slow. It also gives a distinct advantage to the defending team, who should be able to consistently pick the best spots to wait for attackers, and because of this advantage the game makes weapons imprecise. Very imprecise. Firing a gun aimed directly at an opponent and missing nonetheless is frustrating. When you fire a gun in Valorant, the bullet can go anywhere in the crosshairs, which get bigger when you move fast and smaller when you move slow. Again, encouraging care and forcing the pacing to slow down. Unlike most FPS games that have a walk and run function, Valorant has a walk and walk slower function. I am of the opinion that games have hit a point that both developers and players are well within their abilities to create incredibly fast movements and still execute on aim. Devs have the hardware to create it and players have the skill to use it. This is evident in game like Apex Legends, whose abilities often center around moving much faster than opponents to get the drop, and even Fortnite (which most certainly has its issues) introduced the build mechanic which, if you get fast at, gives you a distinct advantage. To me, the system of slow movement and imprecise aim feels like a step backwards. They've made movement stressful instead of part of the fun, and aiming a downright traumatic event. Add on to that abilities feel underpowered. You're much better off ignoring your abilities and focusing on aim and movement because they are so much more important, which makes the one thing that sets Valorant apart from Counter Strike feel like a dud. These elements make Valorant slow and often frustrating.

Valorant is fun. Is it frustrating seeing your damage was zero after unloading two full clips at someone during a fight? Yes. Does it feel like a waste when you spend 120 seconds creeping around corners only to be headshotted by someone who has the angle you couldn't see? Yes. But damn if those odds that feel constantly stacked against you make for some satisfying win conditions. Having the angle first feels great, landing shots feels great, beating someone in a gunfight despite having minimal movement and difficult aim feels great. Valorant punishes you if you're bad, but it makes the rewards much sweeter. It fills the niche of a longer FPS match, that always feels like you can stage a comeback if the team starts clicking. The waiting if you die adds weight to each round, the aiming difficulty encourages team play, the importance of knowing angles and camping spots encourages game knowledge. The introduction of a purchasing system for abilities (which again came from CS) means Agents who want to use their abilities more often need to choose their times wisely and purchase the ones that are going to help the most based on opposition strategy and style. Also since most of the abilities are tactical rather than damage based they feel underwhelming at first, but absolutely reward you for proper use. Getting up high to a spot that a different Agent can't reach doesn't feel all that cool in the moment, but after you use that spot to murder an idiot enemy who didn't check their corners properly? Well suddenly that ability feels like gold. They're underpowered in the sense that it's almost impossible to wipe a team with a single ability like in Overwatch, but perfect for the playstyle of the genre. All of the slow consideration of Valorant culminates in the fact that every round still has absolutely hectic, balls-to-the-wall gunfights that determine the victor. It's hard, it's slow, it's frustrating, and it's fun.

If you never tried Counter Strike because it was intimidating or not-free, try Valorant. It runs great on my seven year old piece of junk computer, it offers longer more considerate gameplay than most FPS games, and it's only going to be improved upon from here. The community (so far) is not nearly as toxic as League of Legends. Be sure to take some time getting to know the Agents and the guns in practice modes because of their wide variability in play styles, and keep in mind that if you love fast, precise, high kill high death FPS games, Valorant is unlikely to be a good fit. It hits the spot between the painstakingly long League of Legends, and the crack-cocaine pace of Call of Duty. It's hard to get used to, but once you do Valorant is incredibly rewarding.

Rory is a freelance writer and editor from Vancouver, Canada. He graduated with a degree in Political Science and Creative Writing from the University of British Columbia. Adores the fantasy genre and any story that gives that vibe.

See all posts by Rory Hoffman →