by Victoria 4 months ago in product review

5 Games That Sold The Most Copies Ever 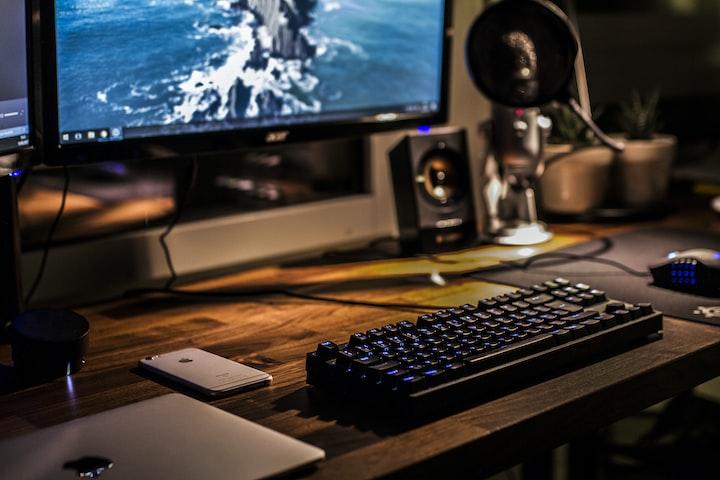 The gaming industry is expected to be worth over $90 billion by the end of 2020 with an annual growth rate of 2.29%. With an increase like that, we can expect to see a lot of new games on the market that will increase competition.

Even with the new competition, there are some games that continue to shine through the clutter and outsell the latest games that have better graphics and gameplay.

There should be no surprise for this game to be on the list. Minecraft has been around since May 2009 and it shows no signs of going anywhere. It is a game that has multiple game modes for all types of players. You can try your luck surviving in The Overworld and the other not so forgiving dimensions like the nether, or you can hop into creative mode and build whatever comes to mind. Plus, there are a lot of arcade-style game modes created by the players that you can try. The best thing about the game is that your experience is up to you.

Who would have known that blocks are the key to selling 202 million copies? Tetris is a tile matching game that has been around since the 1980s. This game will test your ability to fill empty spaces using pieces that are not the same shape. If the blocks reach the top of the board the game will end. A game like that will keep you busy for hours if you let it. No wonder it sold so many copies.

If you’ve ever played this game, then you’ll know why it has sold more than 130 million copies. There is never a dull moment when you play as the crazy trio of Los Santos: Michael De Santa, Franklin Clinton, and Trevor Philips. They will leave you on the edge of your seat waiting to see what will happen next. Not only does this game have a great story, but the graphics are also amazing.

Even better, you can create your own character and join the mischievous lifestyle of Grand Theft Auto to start your own criminal enterprise. Everyone loves a good From Rags to Riches story.

This is a game that everyone has played at least once in their life. Those who haven’t are missing out big time. The gameplay is nothing like those other games you get every year. You have to get out of your chair and play as if you are actually there. The game has different categories like tennis, baseball, bowling, golf, and boxing. The special thing about it is you can still find a way to enjoy it, even if you are not a fan of sports. It’s fun, interactive, and it’s a great game that the whole family can enjoy. For a game that was released in 2006, it still has that edge over similar games in its genre causing it to sell 83 million copies.

Player Unknown Battlegrounds is a battle royale that was released in 2017. In this game, players jump out of a plane into the battleground, and the last man alive wins. Although the game isn’t the original creator of the battle royal style, the game did start the trend. This trend led to the creation of other popular games like Fortnite and Warzone. Unlike those games, this one has sold 70 million copies. To be fair, Warzone and Fortnite are free to play games and we will never know if they could have outsold this legend.

product review
Victoria
Read next: Pitch Ya Game Round 2
Victoria

See all posts by Victoria →