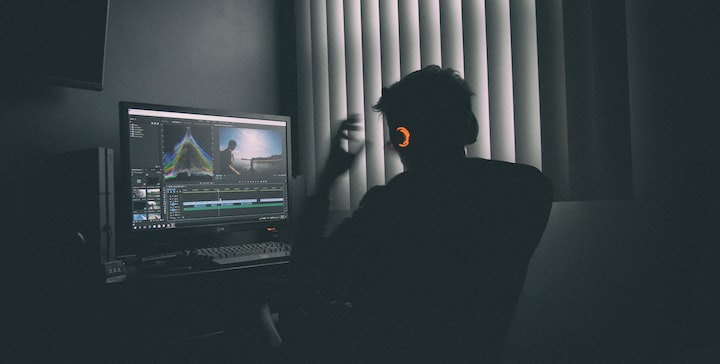 Photo by Mark Cruz on Unsplash

Hey! techy users in this article you will read about upcoming best PC Games of 2021. These games are released on Microsoft Windows, PlayStation 4, PlayStation 5 and more. Here is a list of upcoming PC Games.

Returnal is an upcoming third-person shooter science fiction psychological horror video game developed by Housemarque and published by Sony Interactive Entertainment, set to be released for the PlayStation 5 on April 30, 2021.

Returnal is a third-person shooter featuring roguelike elements. Set in a futuristic science fiction setting, the player controls Selene, a space pilot, equipped with a suit and armed with high-tech weapons, who is stranded on an alien planet and stuck in a time loop. After every death, the pilot is resurrected, following a pattern of traversing across foreign environments and combating extraterrestrial entities with growing visions in an ever changing world.

Monster Hunter Rise is an upcoming action role-playing game developed and published by Capcom for the Nintendo Switch. It is the sixth mainline installment in the Monster Hunter series after Monster Hunter: World and will be released worldwide on March 26, 2021.

As with previous Monster Hunter titles, Monster Hunter Rise has the player take the role of a Hunter, tasked with slaying or trapping large monsters using a variety of weapons, tools, and environmental features to damage and weaken them while surviving their attacks. Successful completion of the offered quests provide loot, typically in the form of various monster parts from the monster, which are used to forge new armor and weapons that can be used to take on more powerful monsters, forming the series' notable core loop. Several of the series' monsters return along with a host of new monsters developed for Rise. All fourteen weapon types that have been present in both Monster Hunter Generations and World, which mix archetypes of swords, shields, staves, bows, and guns, will be present in Rise.

Kena: Bridge of Spirits is an upcoming action-adventure game developed and published by Ember Lab. The story follows Kena, a young spirit guide who uses her magical abilities to help deceased people move from the physical to the spirit world. The game is presented through a third-person perspective. Initial release date March 2021.

The game's development is led by brothers Mike and Josh Grier, founders of Ember Lab. Having spent several years creating commercials and branded applications, the development team shifted to creating an original video game. They partnered with Sony Interactive Entertainment for a console-exclusive deal, and grew the team to 15 core employees. The game's art is created in collaboration with Vietnamese animation studio Sparx, and its fictional world is inspired by Eastern locations such as Japan and Bali. The original score is composed by Jason Gallaty, who collaborated with Balinese ensemble group Gamelan Çudamani to create respectful gamelan music.

Announced in June 2020, Kena: Bridge of Spirits is scheduled for release in March 2021 for Microsoft Windows, PlayStation 4, and PlayStation 5.

Little Nightmares 2 is an upcoming puzzle-platformer horror adventure game developed by Tarsier Studios and being produced by Bandai Namco Entertainment.

The game was announced at Gamescom 2019 as the sequel to Little Nightmares, and will feature a new player character, Mono, with the protagonist from the previous game, Six, as a computer-controlled character. The game is set to be released for Microsoft Windows, Nintendo Switch, PlayStation 4 and Xbox One on February 11, 2021, with versions for PlayStation 5 and Xbox Series X/S are released at a later date in the same year. The demo was released October 30, 2020.

I hope guys this is helpful for you. If you like it then you can follow us on vocal.media

I upload articles related to games update, tech update and something more techy.