by WatchMojo 12 months ago in vintage

The worst video game consoles live in infamy due to bad price, poor design, and a lack of games.

They can’t all be winners. Welcome to WatchMojo.com and today we’ll be counting down the top 10 worst video game consoles.

For the purposes of this list, we’ll be talking specifically about hardware blunders rather than fads or trends. The Xbox 360’s Red Ring of Death has been covered… uh, to death, but the 360 was a popular and successful despite these flaws; nothing that you’ll see on this list came close to that.

Capable of incredibly primitive graphics consisting of squares, this 1975 system was best known for Pong, and the gimmick of placing plastic overlay over your television. Capable of only creating squares, score keeping was up to you. With everyone believing that it only worked with Magnavox televisions, Atari swept in to claim the market. This ancient system would be higher on our list, but we’re cutting is slack for its age. 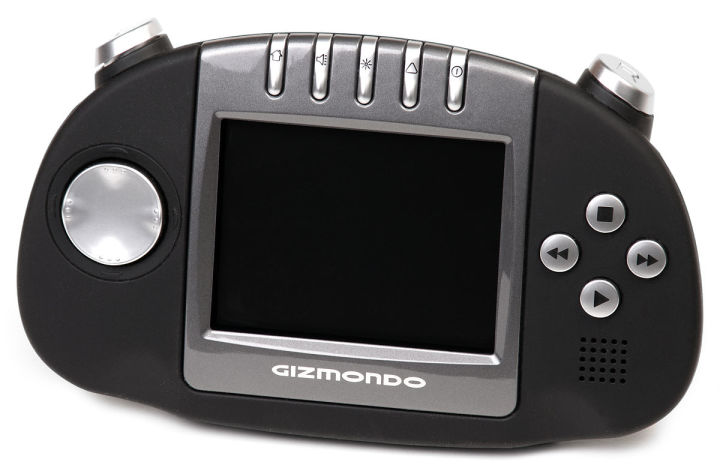 Released in 2005 and on the market for only a single year, this phone console flirted with two things gamers hate, a high price and advertisements. Selling for $400, gamers could to pick it up for less if they bought the $229 version, which forced them to watch so called “Smart Adds.” That’s right, you are forced to watch advertisements to subsidize the cost! With only 8 games released for this phone console, it fell hard. 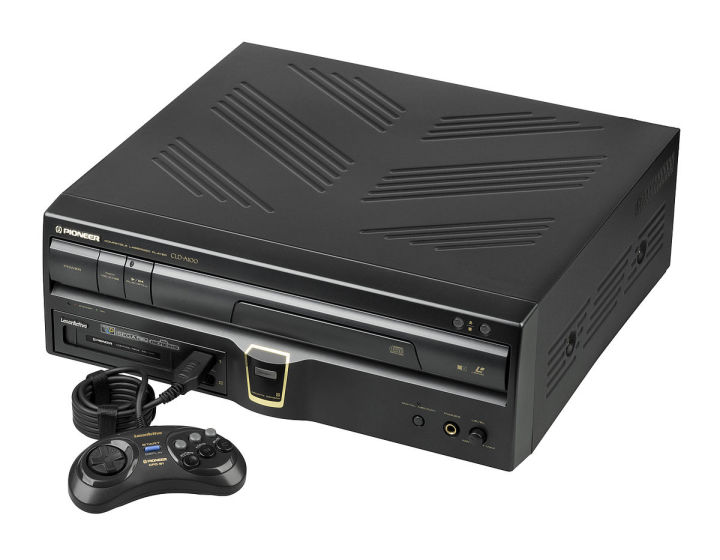 Released in 1993 and discontinued in 1995, this multi-platform console put all of its eggs in the laserdisc basket. Yah, I’ve never seen one either. On top of that, the system couldn’t play certain games without a boatload of expensive extras, in the form of three added modules, bringing to total retail cost to a whopping 2500 dollars. Ya, you heard me. All that for graphics that were merely on par with other systems and no games to play on it equaled a lot of fail.

Are you a die-hard Apple fan hoping that they will release a home console? Well, turns out that they’ve been there and done that. In fact, Apple collaborated with Bandai to bring this to the US market in 1996, a market already dominated by Nintendo. Souring the deal further was a $600 price tag. What would justify such a price? Features like its web browser, which they didn’t think was gonna be a hit…

“Put away your toys.” This 1994 console not only distanced itself from the idea of fun, but also retained its staggering $700 retail price until the bitter end. And it was bitter. CD-Roms with interactive movies were just too primitive: all in game action was based on time prompts instead of actual gameplay. Fail! 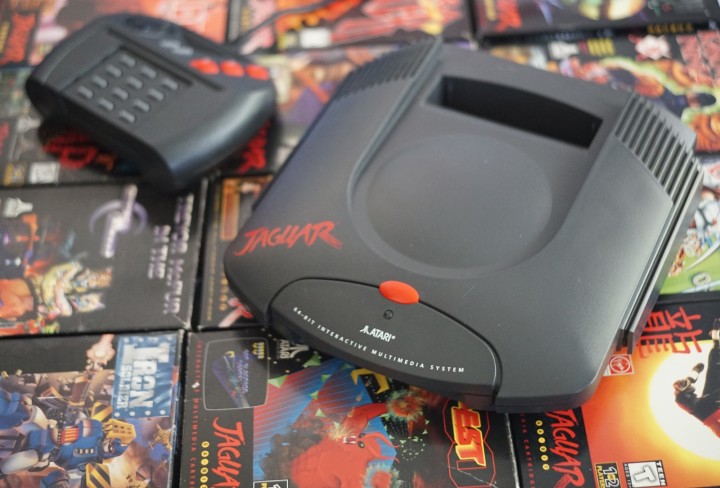 Back in 1993, the console wars seemed to have de-evolved into a pissing contest about who had the most bites and bytes. Focusing more on math then making fun games, Atari unleashed their supposedly 64bit system under this “do the math” slogan, in a marketing campaign that depicted gamers as morons in the process. Doesn’t that make you want to buy? Hurt by lack of software, it failed hard and took the legendary company down with them. What’s that add up to Atari? Oh ya, and its controller had way too many buttons. 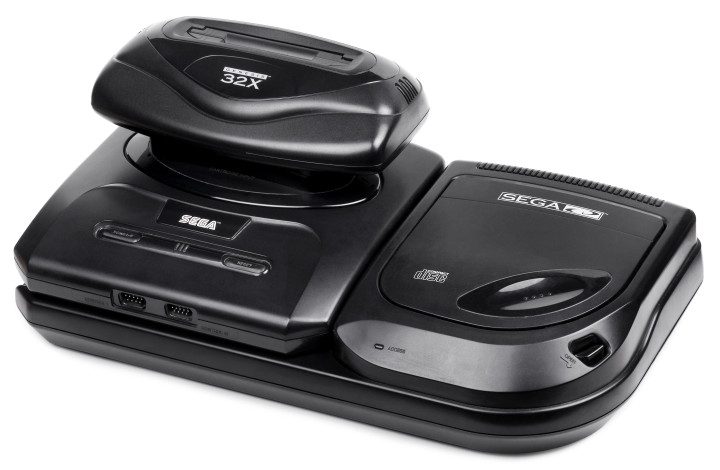 Out of respect for the underdog Sega Dreamcast, we’ve decided to blame its failure entirely on these add-ons. Codenamed project Mars, these pieces of Frankenstein gaming were released between ‘92 and ‘94 to extend the life of the aging 16-bit Genesis hardware. A poor man’s entry into the 32-bit gen era, these expansions ended up creating a beast of a console that didn’t perform, costing Sega lots of admiration and tripping them up before the 64-bit race could begin. 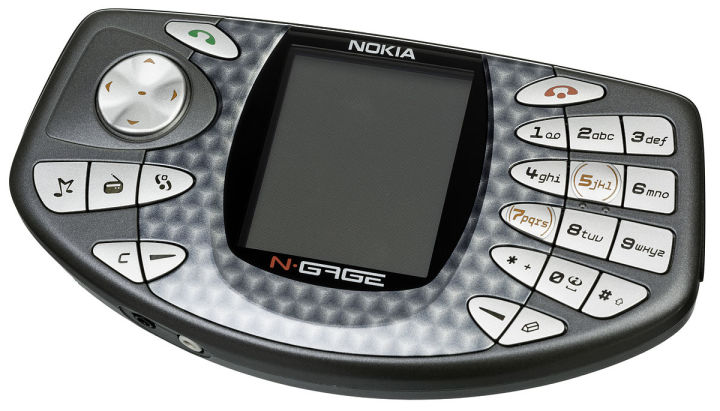 “Get out and play!” Well that was the slogan for this phone console released back in 2003 to tackle the Gameboy Advance, long before everyone started rocking smart phones. Resembling some sort of space Taco, this one failed in large part to being a phone first, and gaming device second. It was unappealing as both, with its tiny screen and miniscule library of games. The final fail was that you could only switch games by taking off the cover and battery. Do you know anyone that bought one? Thought not. 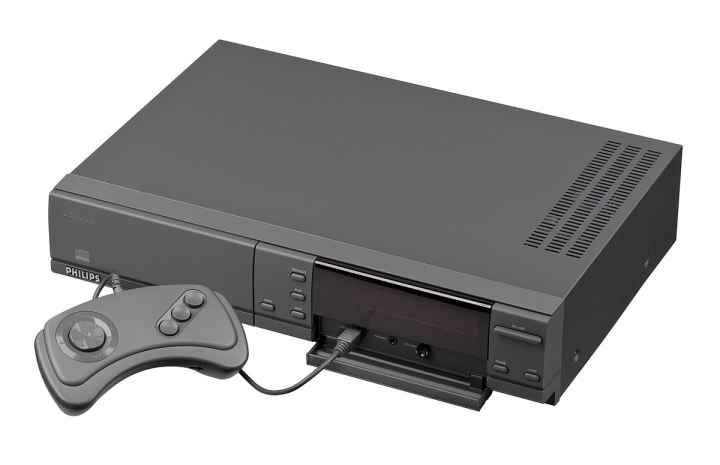 This 1991 monstrosity was the result of the perceived desire for a CD-based device with computer like abilities. If you’re thinking PlayStation, think again. Try educational content. In terms of games, it featured absolutely unplayable third party licensed titles featuring Nintendo’s mascots. It was quickly outdone by existing consoles and the emerging Internet, and was likewise betrayed by its lackluster content, unusable controllers and ludicrous intro price tag of $700. Oh, Philips… Phil Hartman, we…ah…nah we still don’t get it… 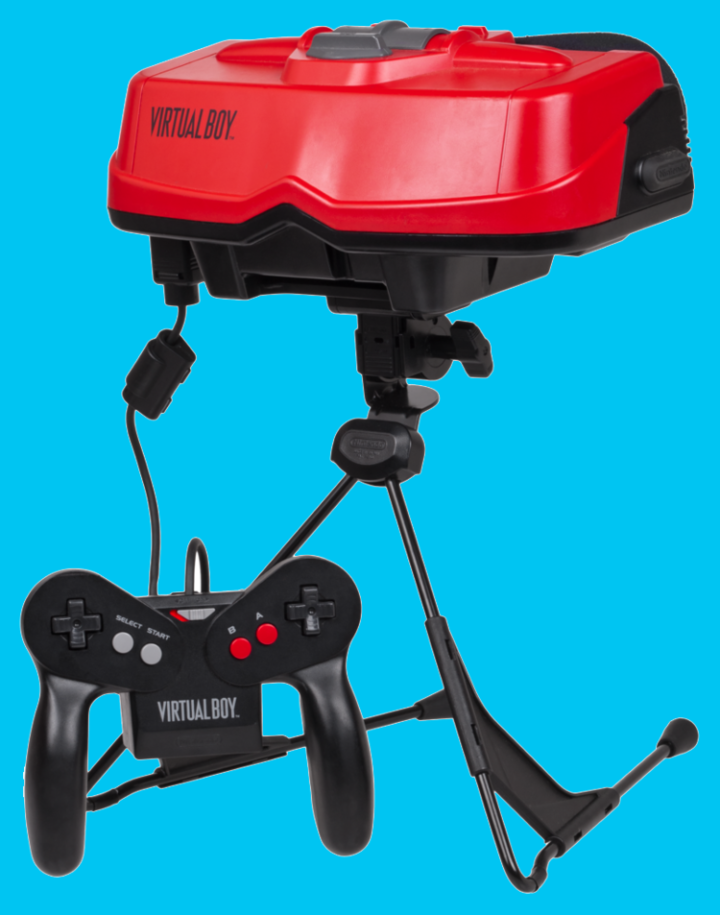 Taking the top dishonor is this piece of collectable tech with a concept far ahead of its time. Released in 1995, Nintendo’s pursuit of the third dimension meant sacrificing such basic things as color, non-wireframe 3D graphics, and a proper game library. With gamers forced to submerge themselves into a headgear bound world of red monochrome, strained eyes and a stiff neck were all that gamers ever.

Agree with our list? Do you have a dent in your bank account from any of these disasters? For more entertaining top 10s, be sure to subscribe to WatchMojo.com.