The Rise and Fall of Silent Hills P.T.

by Brandy Enn 8 months ago in celebrities
Report Story 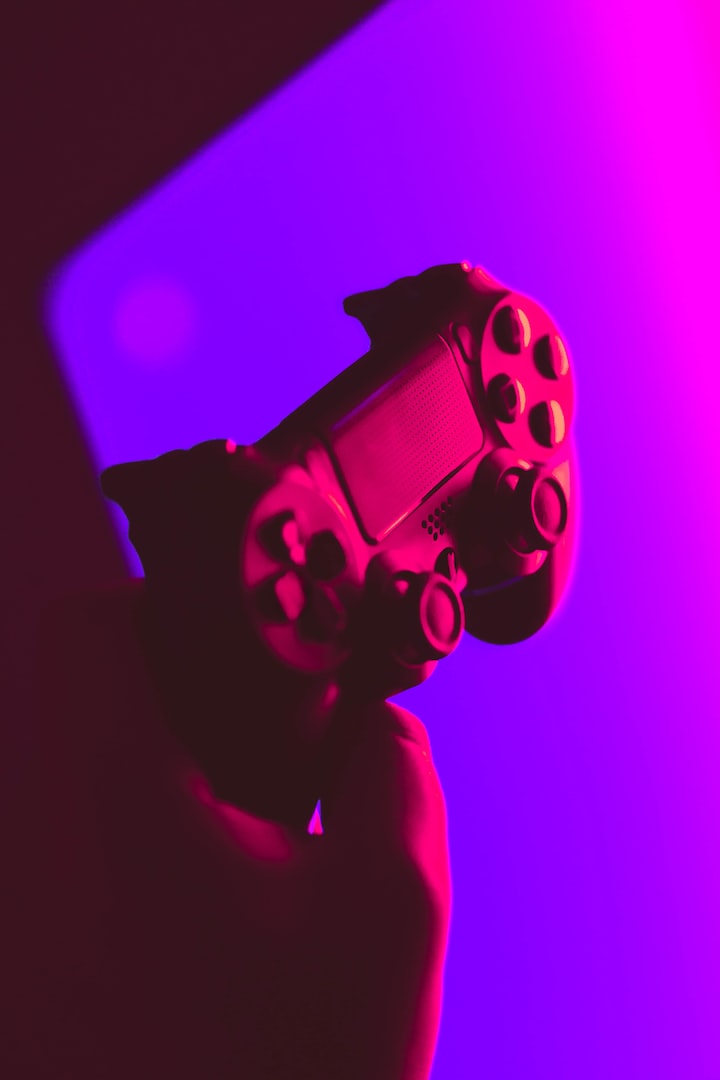 In 2014, an unknown developer called 7780s Studio released the trailer for a one-of-a-kind horror experience. Gamescom was highly praised in 2014 for its display of upcoming games and gaming technology, but nothing made their audience as excited as Silent Hills P.T.. The “s” was added at the end of this specific Silent Hill game to distinguish that while the storyline fits into the Silent Hill narrative, Silent Hills was a brand-new concept. The game, supposed to be released only for PlayStation, was being made by major game developer/designer Hideo Kojima under the pseudonym 7780s Studio. (Arif). This trailer was in a league of its own as it did not advertise the game itself. It advertised Silent Hills P.T., the world’s first interactive teaser (7780s Studio). Audiences were able to play a portion of the game by downloading Silent Hills P.T. before the full Silent Hills game was scheduled to be released.

Logos is used to establish the game’s audience. Immediately upon watching the trailer we are shown a graphic with the number 18 in white with a bright red background and the website www.pegi.info typed underneath (7780s Studio). Upon research, PEGI stands for Pan European Game Information. Per their website, a rating of 18 is meant for adult audiences as it could include scenes of graphic violence, defenseless characters getting attacked, drug usage, or sexual content. Viewers are shown right at the beginning who the audience is for this trailer, which allows younger viewers to stop watching. We learn here that the game is meant for adults, and there may be graphic content. While this does cut a sizeable chunk of the population off from playing, this also homes in on the adult audience that should keep watching. The creators are showing logically that this group of players should be interested in the playable teaser.

Developers from 7780s Studio also used logos to market Silent Hills P.T. to consumers by promising a new horror game concept with exciting, never-before-seen features. Using this approach, in addition to pitching the trailer at Gamescom in 2014, appealed successfully to their audience of horror video game fans and made them want to play the teaser. An example that made this teaser so widely anticipated is an on-screen claim in the trailer that states, “Experience the world’s first Interactive Teaser.” This is followed by several people playing the teaser trailer and using their real reactions of terror from the gameplay. Each player screams as they hold their PlayStation 4 controllers, navigating through the constantly changing loop of an old, dilapidated house (7780s Studio). Players begin at one end of a hallway and walk through until they reach the end of the hallway, which portals into their original location when they walk through a door. Each time players go through the house, they experience new monsters, new scares, and psychological games ranging from subtle décor changes to near death experiences. Horror fans crave this refreshing change of pace because so many generic jump-scare games are released each year that it’s difficult to know which games will really provide a different experience. This is a use of logos because 7780s Studio is telling its audience they can provide this brand new, incomparable experience and they can prove their game is unique by providing an interactive, playable teaser. Making your argument stand out is incredibly important when there are so many other arguments to be heard. This teaser was so successful because of the exciting way the developers argued the game’s selling points by using logos to promote their work, which ultimately resulted in the digital copy game teaser metaphorically flying off the shelves.

Pathos is used in the trailer in multiple ways that make even seasoned horror gamers feel both terrified and disgusted in a way that makes it hard to look away from the screen. The trailer begins with the words “I walked’ in white on a black screen, which transitions into a greyscale city from the point of view of the back of a man’s pants and shoes. We see him waking, then suddenly stopping. More text appears on the screen: “And then, I saw me walking in front of myself.” We see the back of the man’s head as he looks around, confused. “But it wasn’t really me.” The text changes into a larger font and is now blood red on the plain black background, taunting the viewer. “Will you decipher the enigma?” (7780s Studio) The mystery-thriller concept is not new, but it was executed in a unique way. We are not shown a jump-scare or a monster. In fact, viewers are not shown the face of the main character at all. The viewer feels as though they were the player seeing a copy of themselves. By making viewers feel uncomfortable, they successfully play into the thrill of the horror genre, making players more excited to buy the teaser. This creepy element is further explained in the next scene, starring a talking paper bag.

Another instance of pathos is the way the audience is made to feel sickened upon seeing the rotting brown paper bag surrounded by roaches. This scene is disturbing, and to add to this horror factor the bag starts talking as a roach zooms around the table the bag is standing on. The bag continues to explain the concept of Silent Hills’ alternate reality by helping the player with friendly advice. What’s beyond the door, the only other visible feature of the room, is a different reality (7780s Studio). Not much information is available, and the door eventually opens to a disgusting hallway that has scattered trash and graffiti everywhere. The house seems abandoned, yet feels occupied by an evil presence, as indicated by what you see as you continue. This is no simple alternate reality. Viewers are made to feel dread, uneasiness, and fear. When turning a corner and seeing a shadow of an unknown figure, 7780s Studio wants to make the audience’s heart race. This is the element of suspense that horror game fans crave, and this was a major selling point in the trailer. Monsters are not always shown in trailers for games because they are an element that is supposed to be mysterious and built up for; the ultimate scare. This is where Silent Hills stands out. They have made their viewers feel emotions in minutes that often takes hours in other games. They use psychological horror rather than cheap jump-scares. Additionally, if this much has been revealed in the trailer alone, the audience yearns to know what else they may see during the game. The genuine, dark fear begs the viewer to try the game for themselves, and this drove players to want to download the teaser.

An example of ethos in the trailer for Silent Hills P.T. is the display of 7780s Studio’s logo on the screen and how they marketed the production. It is common for game developers to use their producers’ names to promote their products, but in this instance, it worked both for and against the developers. As previously mentioned, 7780s Studio is a pseudonym for popular developer Hideo Kojima (Arif). Kojima worked for Konami at this time, which is a very large game developer. The fact that Kojima was the mastermind behind 7780s Studio was not common knowledge at the time of the trailer’s release. This worked initially in the favor of the developers because even though they were little known, we knew two things about them. First, they were being trusted with a new chapter of the Silent Hill franchise. This is huge for new developers, and the original developers would not hand over a successful empire to any company who asked for the rights. Whoever carried on the Silent Hill name had to be an exceptional, innovative game maker with the means to market the game in an over-the-top way to keep Silent Hill at the top of the gaming world’s charts. This “new” developer promised a fresh way to play the game with an interactive teaser before the full release. This was huge in the horror gaming world. That isn’t something that had ever happened before with such a successful franchise as Silent Hill. Second, this was an exclusive PlayStation release. Cash grab games publish on multiple platforms to make as much money as they possibly can. 7780s Studio believed in their product so much that they knew they’d be successful on just one major platform. This put trust and confidence into 7780s Studios by adult audiences who had been waiting for a new game for two years since the releases of Silent Hill: Downpour, HD Collection, and Book of Memories. Selling your product as a new name in the industry is incredibly difficult, but using a pseudonym worked for them at this time by gaining the trust of their audiences by seeming like a reputable company. This brought both curiosity and sales to the table. Unfortunately, 7780s Studio went down in flames and ended with many die-hard fans promising to never play another game designed by Hideo Kojima or Konami.

I mentioned how the use of a pseudonym (7780s Studio) for the popular developer Hideo Kojima helped raise the number of gamers anxiously awaiting Silent Hills’ release (Arif). He has been involved in the successful design of countless popular game franchises such as Metal Gear Solid and the more newly released Death Stranding while working for Konami. Kojima had a team working under Konami subsidiary Kojima Productions for the release of Metal Gear Solid V: The Phantom Pain. Kojima was fired from Konami in 2015 after reports of tense work environments (Sarkar). After this happened, fans were furious at both Konami and Kojima. Fans vowed to stop spending money on Konami games, threatening to even boycott their prized Metal Gear Solid franchise. Ultimately it was this that led to Silent Hills never making it past a playable teaser. While the teaser was extremely successful because of the trailer, it ended in one of the biggest horror game industry flops of all time. Thanks to 7780s Studio (Kojima), we will never again see Silent Hills or any further Silent Hill releases. Though Kojima was fired, Konami was able to bounce back with the help of Kojima Productions’ team, and Metal Gear Solid V is considered one of the best games in the series after making $179 million on the online game’s opening day (Hansen).

The trailer for Silent Hills P.T. was easily one of the most successful pieces of horror game advertisement ever created. 7780s Studio rose above larger names with their innovative playable teaser. The use of real reactions and unique horror elements sold an audience of adult players into downloading P.T. en masse. Unfortunately, this larger-than-life expectation also ended the franchise after a disagreement between developers. Though Silent Hills will never be released, Silent Hills P.T. makes this the best horror game to never exist.

More stories from Brandy Enn and writers in Gamers and other communities.