The Black Sheep Gem that SEGA Should Remember - "Sonic Chronicles: The Dark Brotherhood"

My proposition for future Sonic adventures into the RPG genre.

I sometimes feel at-odds with certain sections of gaming fandom, especially when it comes to SEGA and their mascot franchise Sonic the Hedgehog. For one thing, I'm still a huge fan of the franchise, have been since I was a kid (it was really the series that first really got me into gaming, actually), but then I also tend to be way more positive and relaxed towards it than most people seem to; sometimes, it's to the point where I feel like that extremely vocally negative minority would probably eat me alive if I tried to explain my opinions to them. I mean, for one thing, I don't think Sonic Forces is that bad, I think it's still totally worth playing, but then I also love Sonic Unleashed and its story. I believe that both classic and modern Sonic games have their individual merits, and I'm very proud of SEGA for experimenting and daring to try something different with the character over the years. And—for some reason, probably my most controversial opinion in this article—I don't think the Sonic film design is nearly as bad as everyone says it is (which is something I definitely want to discuss further in a future piece).

But then there's one game in the series that I just can't figure out the general consensus of, not like I can with other games; it seems like no one ever talks about it at all, which is really strange since it feels like this fandom has a lot to say about everything even remotely related to the character. I'm especially surprised at how "obscure" the game feels when it's arguably the most unique in the franchise; to this day, Sonic Chronicles: The Dark Brotherhood is still the only official Sonic RPG game that exists, a fact that I never expected to fly over the heads of so many people right now.

And this air of obscurity is such a shame to me because, after having played it myself recently, this game is a total gem that deserves as much attention as Forces or Mania. 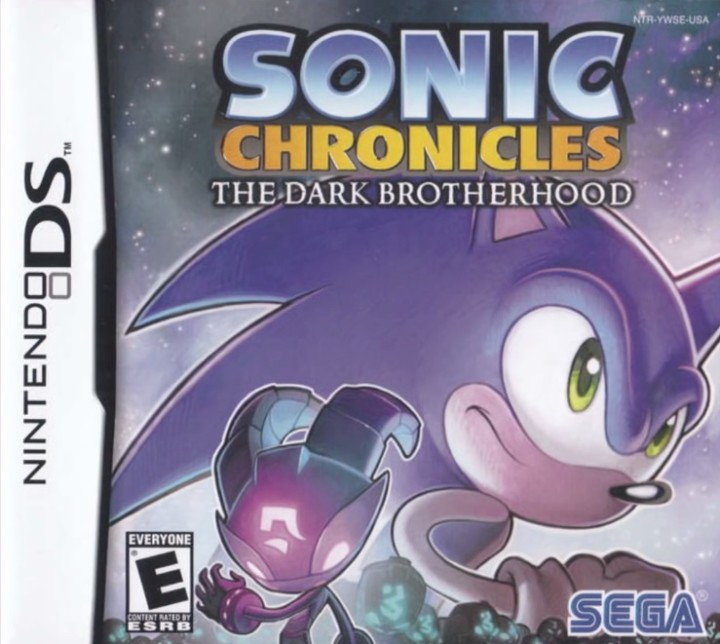 North American box art; image and characters are owned by SEGA and BioWare.

I had a really fun time with Sonic Chronicles and would definitely recommend it for both RPG fans and general Sonic fans. The story is something that we haven't seen in a long while from the Sonic canon, and if you enjoyed the Sonic Adventure era of Sonic stories, then you'll definitely like this one too. It even feels like it belongs as an extension of the Adventure games since it delves deeper into the lore of the Sonic world, specifically for Knuckles the Echidna and his race's foggy history (which, no apologies, is the kind of stuff I live for). It starts with Sonic, Tails, and Amy investigating Knuckles's strange disappearance, and from there it evolves until it takes the cast (and, by extension, the player) into an interdimensional wormhole containing species that we've never seen in the series before. The narrative isn't exactly groundbreaking, but that really doesn't matter much. It's still a very interesting story if you're into those types of Sonic stories and treats the established characters with respect while also allowing the player to connect with those who're just making their debut; for me, the most interesting of these was definitely the newcomer Shade the Echidna, a mysterious and seriously underrated character that SEGA needs to remember for future games.

Also, high points for speedrunners and people who just don't care for that stuff: the game also gives you the option to skip through the background lore completely through picking certain responses during dialogue scenes. As Sonic, while he's talking to other characters, the game gives you a variety of responses and questions that can either give you more information about the story or let you skip right back to the action. It's a simple but really nice system that provides that delicious replay value that I'm always on the lookout for in video games.

The actual gameplay is just like the story in that way; it's simple but still good, and even offers a surprising amount of challenges along the way. As a Nintendo DS exclusive released in the US back in 2008, the game controls with only the touch screen a la The Legend of Zelda: Phantom Hourglass, and so because of that, the gameplay is exclusively touch-based. I've never been the biggest fan of this type of gameplay (more for personal reasons than the quality of the controls, though), but after playing through Chronicles, I realized they didn't really bother me and instead ended up enriching the experience even more than I could have expected.

But the dialogue options are far from being the sole source of replay value. The entire game has an air of variety about it, just as good RPGs should; with eight playable characters plus two optionals, a good balance of offensive and defensive players and moves, plenty of support items (beyond just standard equipment, there're also elemental Chao you can equip to give your team members special abilities), powerful special moves that require certain characters, et cetera. What I love about this is that it really makes you think hard about which team to use for each area based on what the overworld puzzles look like and the strengths and weaknesses of the enemies you'll be fighting there. It isn't the most complex system for an RPG, but it does it's job well and I'd say can definitely satisfy people looking for something challenging but not Cuphead-levels of challenge. 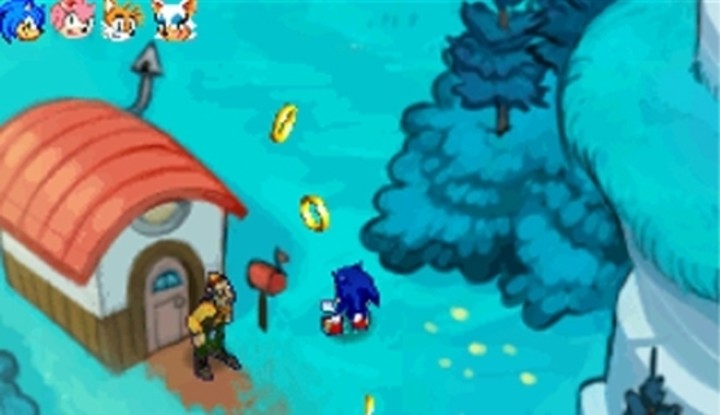 Screenshot of the Blue Ridge Zone overworld; image and characters owned by SEGA and BioWare.

It's obviously not for everyone, and I can see why some people don't like it, but I'm seriously wondering: why is it this game, out of them all, that nobody seems to remember? It can't be because of the DS, since Rush and Rush Adventure still seem to get plenty of discussion. It's definitely not because it's not like other Sonic games; there're tons of unusual (and often subpar) games that are still just as well-remembered as the classics and the recent entries (*COUGHSONICLABYRINTHCOUGH*). Heck, from what I've seen, any really in-depth attention goes towards Shade (all the fanart on Tumblr can attest to that), but that's about it. I would've figured that its status as the first and only Sonic RPG would lead to some sort of rampant discussion online, so of course I found this strange.

But putting fan attention aside now, what I'd really like to know is why SEGA and BioWare haven't made a Chronicles follow-up, or even considered making another Sonic RPG. Chronicles proves that Sonic can indeed transition smoothly into the RPG genre (just like Mario did 23 years ago on the Super Nintendo), and considering SEGA's history of segueing Sonic into other genre elements like 3rd-person shooters and board game-parties, it surprises me that they haven't dabbled in more Sonic RPGs since Chronicles. Honestly, if it was just up to me, I'd be clamoring at Sonic Team to at least consider the idea, since the last time they tried it it actually went over pretty well. Yes, it obviously wouldn't be for everybody, but for fans like me who enjoyed Chronicles and similar RPGs, it would be such a treat for them to try it again in the future. 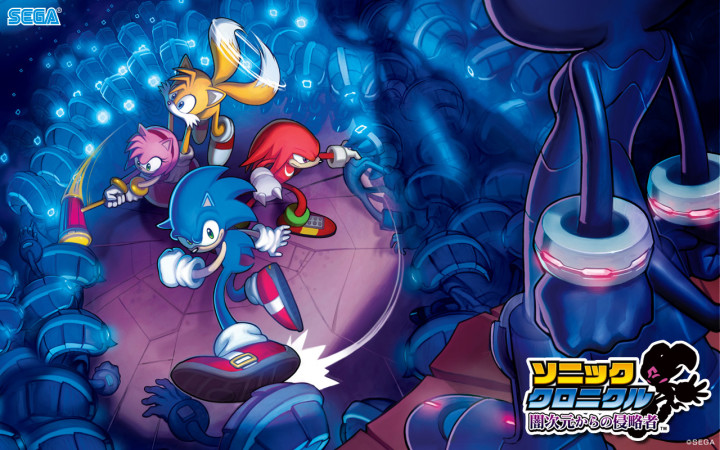 Enjoying my content and want to read more? Please leave a tip below to support me and my work!

Writer-of-all-trades and self-appointed "professional" nerd with an infinite supply of story ideas and not nearly enough time to write them down. Lover of all media, especially fiction and literature. Proud advocate of the short story.