RJ
by Roy Jones 3 months ago in vintage

A look back at an old classic!

I haven't bothered that much with retro games in the last few months. Mainly because I'm obsessed with Metal Gear Solid V and the online mode that they offer to fans. That was about to change when I attended "Arcade Club" in Leeds and sampled the excellent Turtles in Time.

I was in general awe at this arcade, but the Turtles in Time arcade machine stood out the most. Mainly because I am a huge Ninja Turtles fan, but its general setup and look was impressive. Bright, colourful and adorned with art from the comics, it was quite the centre piece for a fan like me. I have to admit there's nothing like playing an arcade machine with two of your buddies. We engaged in a three player mode, myself choosing Michelangelo and my friends choosing Leonardo and Donatello. 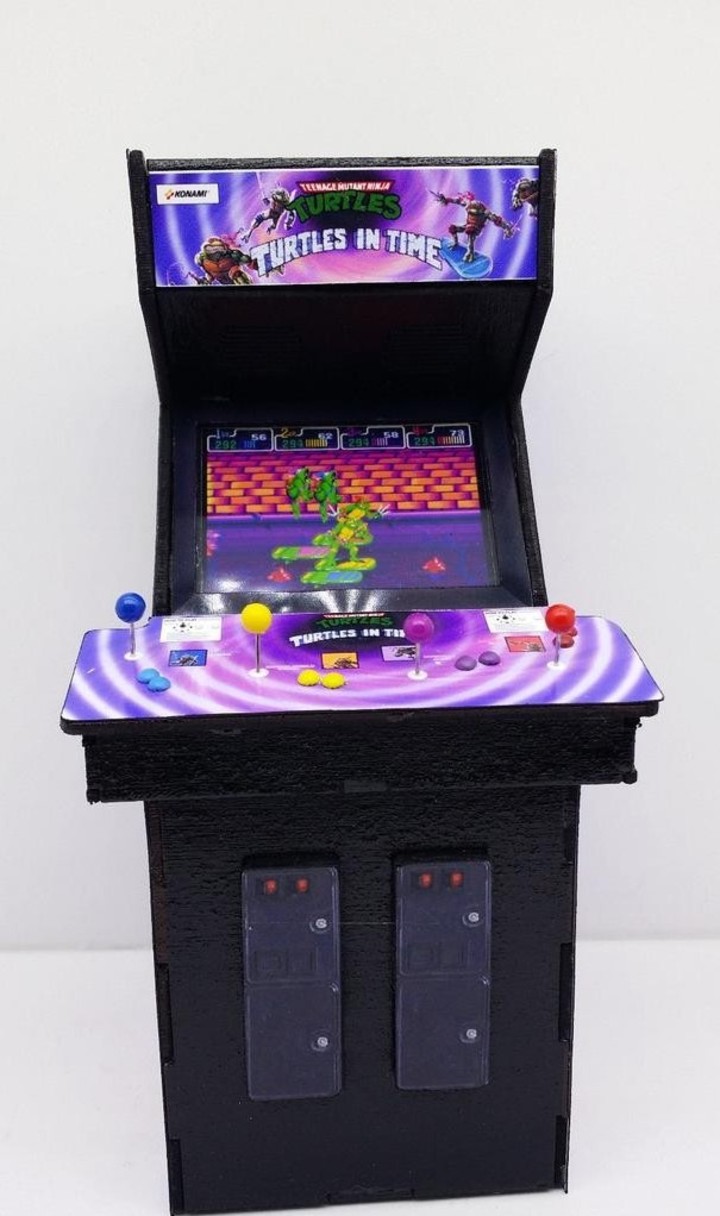 Funnily enough, the game is by the makers of Metal Gear Solid, Japanese gaming company Konami. It just goes to show how good they are at making video games as this is an excellent scrolling beat 'em up. In terms of gameplay, think along the lines of other arcade games like Double Dragon and Golden Axe.

Mainly you are tasked at defeating Foot Soldiers on the streets of New York before being blasted through time and space. The Ninja Turtles have a long running love affair with time travel. If you're a fan of the comics, you'll know that there have been many series about time travel. The story is told through cartoon-like animation and is done relatively well. The game came out in the arcades and the Super Nintendo around 1991, so it's good stuff for the time. 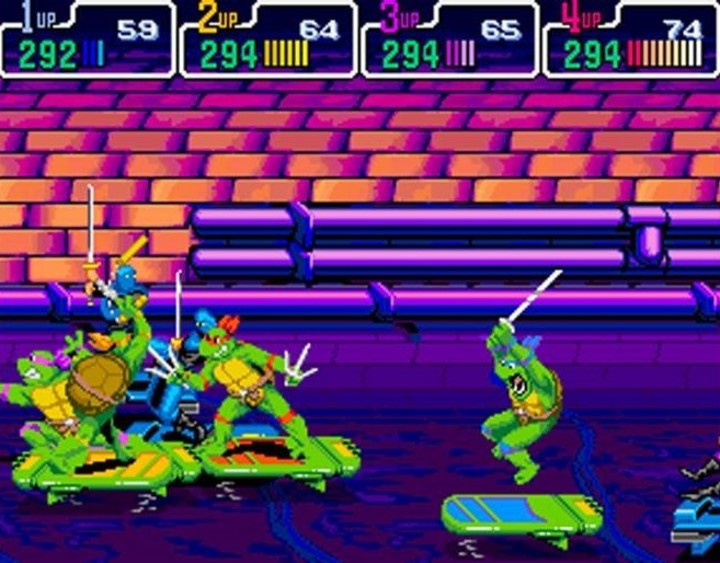 Getting four buddies to play; this is an experience!

It's best played with a number of friends as there's nothing quite like kicking butt in a group. You can also play a bit more tactically then, as you can help friends who are being restrained by the "Foot."

All your favourite villains are in there as well, from Mousers, robots, Foot Soldiers, Shredder and Krang. There's a boss fight at the end of each stage as well as special enemies throughout the map. For example, on the beginning level, Krang's giant robot will come blast you with his eyes while you're fending off Foot Soldiers. 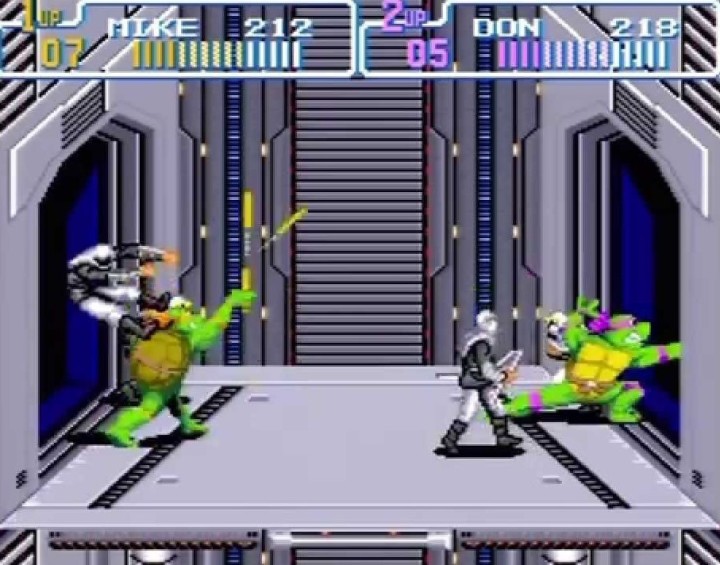 The elevator in the 'Technodrome' is a tricky stage.

Each Turtle has different advantages to their weapons too, and you'll want to play as them all to get the most out of the game. Donatello's Bo stick was good for keeping enemies at a distance, while Michelangelo was quicker with his nunchucks. When I had finished at the Arcade, I had to pick up a copy for myself and managed to get it for the SNES. My only disappointment was that the main game is pretty easy to complete as you have unlimited continues. Obviously this takes away from the challenge of the Arcade where you had to pay for your lives. Yet I think Konami kind of wanted you to get to play right through it with the challenge coming from playing the "Time Attack" mode. This way all levels of players get the full Ninja Turtles in Time experience. Graphically, it was still excellent for the time on the SNES, but the arcade experience was lessened. It's still an excellent game though, and I encourage all modern gamers to go back and play it. You can now fit your Nintendo Wii with a SNES emulator and even save your progress using it. So if you can download yourself a Turtles in Time ROM online, then do it. 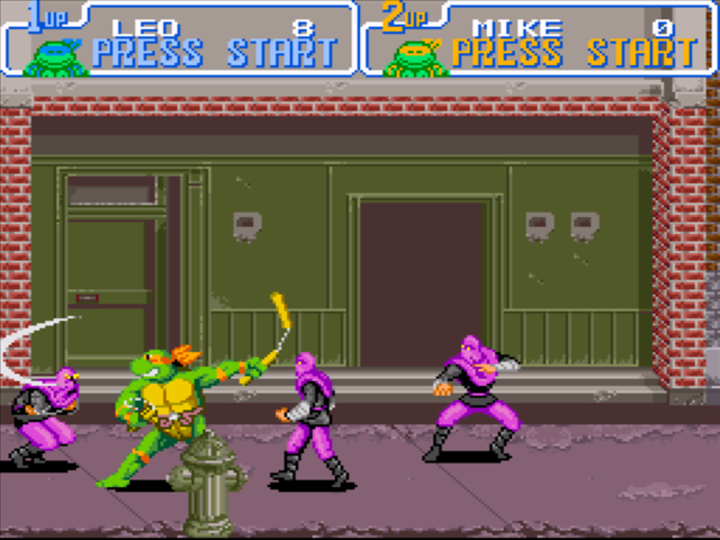 Michelangelo swinging his nunchucks in combat.

There's plenty of variety in the game as well, from surfboarding in the sewer to other shenanigans. The game is mainly based on the eighties cartoon though rather than the films and comics. The cartoon was drastically toned down from the comics, and this may put off quite a few comic fans. That said, I still enjoyed the game and I think hardcore Turtles fans will enjoy it too.

I give it a 3 out of 5; good but I think they should have limited the amount of continues a player got for the SNES version.