by Narady Nauch 3 days ago in horror

Horror game about the fear of ghosts... Let's do this. 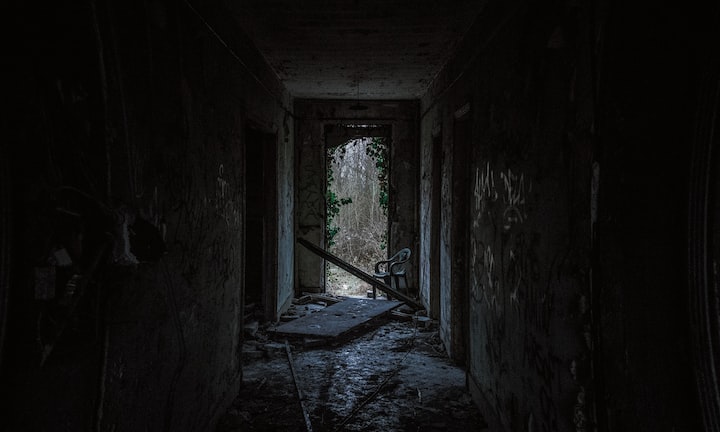 Photo by Xtremis. on Unsplash

After gathering the necessary equipment, the four of us walked out of the truck onto the paved walkway with parallel garden lights that led up to an unassuming house. The house itself was in the middle of a very picturesque neighborhood next to rows of cookie-cutter houses. It even had a white picket fence.

As we made our way into the dark house, immediately our senses were on edge as the music in our headsets became ominous… We’ve entered Phasmophobia.

I cannot get enough of this horror co-op game. This game has been on my radar since it was first released on September 18th as an early access psychological horror game on steam. Although I usually stay away from early access games since I have had bad experiences with some before, Phasmophobia was an exception.

One is The Loneliest Number…

I don’t think I would ever play this game by myself. I could barely handle the tutorial, let alone a full solo game. This game was designed to make you jump, squeal, cur- “OMG IT’S BEHIND YOU.” “THE LIGHTS ARE FLICKERING!” “OMG! OMG! OMG!” “IT’S RIGHT HERE!” “GUYS! GUYS! GUYS!” “IT’S CHUCKING SHIT ON THE GROUND!” “Shh..it’s talking..”

I don’t think I’ve ever really panicked, screamed and laughed that much and that hard in front of my friends before. Let alone all at the same time.

As the four of us entered the house, I flipped the closest switch on the wall. The house lit up, and surprisingly, it was beautifully furnished. The walls were painted a tasteful blue, their white couch had orange and yellow throw pillows neatly set against its arms; an entertainment system sat against the wall; a wide and open kitchen to the left and adjacent to it was a large dining room; and the house plants looked very green and healthy. As I finished marveling at the aesthetics to join my friends, the four of us huddled close together and began our ascent up the stairs. All the lights suddenly turned off.

I bounced once on my seat and lightly squeaked through my headset. I was suddenly a child again, dressed in a witch’s costume, staring at my neighbor’s awesome and spooky haunted house, taking a step into the dark halls.

“Somebody get the breaker…”

As we all journeyed together to the garage, I did my best to stay in the middle. With the breaker fixed, we turned on the few lights near us and pressed on to the stairs. My EMF reader at the ready, we explored the bedrooms. I cautiously wandered the halls, very aware of how terrified I was.

“Tom Johnson, can you write in the book?”

“Tom Johnson, are you wit-”

Something, a hint of red and stitches, blinked in and out of existence. Whatever it was did not look friendly, let alone human.

“Nope. Nope. Nope..” I hurried my ass out of the house and straight back into the safety of our little home base, “noping” all the way.

Fight or flight response...I think I failed this one.

I stared into the monitor, trying to be their ‘person behind the chair’. I checked their vitals, I reminded them of our objectives, I looked for gho-

One was smart enough to run into the closet, the other began flailing and taking pictures at random, and one dropped to the ground.

I laughed so fuckin' hard. Even after that sacrifice, we didn’t even guess the right ghost. We are the absolute worst paranormal investigators ever.

Phasmophobia is a treat that I never knew I needed. Thank you Kinetic Game for giving me those several hours of fun.

See all posts by Narady Nauch →