Mario Party and the Power of Manifestation

Mario Party Superstars is out October 29 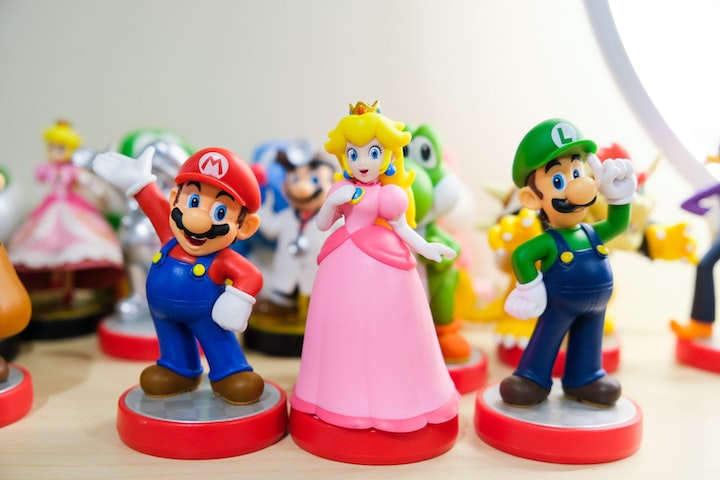 I love me some Mario Party.

Part board game, part video game, part snapshot of the human condition, Mario Party is the rare game that all my siblings were down to play.

I’ve gamed and have been fascinating with gaming history and retro video games for much of my life. My other two brothers are like that, too.

My sister was NOT a gamer. The closest she got to being interested in games was with Webkinz, DressupWho, and IMVU (think Roblox before its time).

So it was always a special treat to get everyone together for a session. Our console of choice was the Nintendo 64. The game? Mario Party 3.

While the previous two installments are enjoyable in their own right, Mario Party 3 perfected the formula of its predecessors to provide the ultimate Mario Party experience. The plot was appropriately silly, and the boards and obstacles always kept players on their toes.

And then there were the minigames.

The bread and butter of the series, the quality of the games tend to make or break every iteration of Mario Party.

Mario Party 3 boasts the most impressive library to this day, including my all-time favourite minigame, Eatsa Pizza (like with the Thundering Dynamo minigame in Pokemon Stadium, you will QUAKE at my superior button-mashing skills!)

Our family has experienced every major Nintendo console since the original Nintendo Entertainment System. Since moving out, I’ve inherited the family Super Nintendo; one of my brothers has a Gamecube and the original NES.

But one console has gone missing over the years. Our Nintendo 64. The one that all four of us could play as a family.

Sure, we could fire up Super Smash Bros. Melee on the Gamecube, or Mario Party 9 on the Wii. But my sister wasn’t a huge fighting game buff, and Mario Party on the next-gen consoles just wasn’t the same as the 64-bit classics.

For us it was all or nothing — to have a real family gaming session, it had to be Mario Party 3.

So began my mission to reacquire an N64. I purchased one as a gift to myself, but without any games.

At first, I was kicking myself: what am I going to do with a system with no games?

But I started building my collection through eBay.

And then one day, as I was selling a game, I happen to come across a familiar title nestled underneath the glass case.

I kid you not, I bought that game and ran out of that store like Charlie after he found his golden ticket.

You have to understand: Mario Party 3 is one of those games that don’t hit the market all the time. It’s not a rare title, like Conker’s Bad Fur Day, but people aren’t willing to give up the ones they have. So when I saw a copy in the wild, I didn’t hesitate for a second.

The even crazier thing: my brother — the who presently owns a Gamecube and NES — acquired an N64 and a copy of Mario Party 3 just two weeks later!

I’ll attribute this luck to the fact that Mario Party Superstars is dropping on October 29th and people who have older copies of the game are finally giving them up with the hopes that this new title will be a suitable modern replacement.

Whatever the reason, I find it amazing that we were able to get two copies of this elusive game, let alone one.

And that’s what I wanted to touch upon with this post: the power of manifestation.

For much of this year, I had put energy into wanting to relive those heydays where my siblings and I could enjoy each other’s company with familiar Mario characters as a backdrop.

Then the Nintendo 64 console was available to me and all the pieces came together. Now I’m planning for our first Mario Party Night in years.

Here are some lessons on manifestation you can take from my experience:

Set Yourself up for Success

Luck Is What Happens When Preparation Meets Opportunity.

When I went to purchase the N64 console, there were no decent games available at the store.

It felt silly to purchase the system without any games to play, but the shopkeeper explained it would be better to buy now than wait for this magical moment when both the ideal game AND system were available. I’m glad I took her advice.

Like with life, good things don’t always arrive at the same time. To take the gaming analogy further, manifestation is less like a game of “Pass the Pigs” and more like an unfinished jigsaw puzzle. You can’t bet on the dice — or in this case, pigs — to fall exactly how you intend. You’ll unlikely have an unfinished vision of success, and it will be up to you to fill in the missing spaces.

Have the Right Mindset

When I found out that Mario Party Superstars was coming out on October 29th, I had already started to prepare for a game night with my siblings.

You could say I was already in the right mindset to receive Mario Party into my life, and for that reason, I became hyper-aware and receptive of the opportunity to own Mario Party 3 when it had arrived.

Sure enough, when I went to the game store to sell another game, a copy of Mario Party 3 was staring me in the face.

To look at this another way: I want to publish a YA novel. I haven’t reached that goal yet, but I’m taking on the right mindset of a published YA author in order to make it a reality. That means proper discipline, consistency, and a desire to one day see my book on store shelves.

I’ve even started to create a bucket list of ridiculously expensive food items to motivate myself into taking action. By God, I WILL order a steak cooked in duck fat when I sell my first novel!

Every month, I write my reflections in the Human Being Journal by Mahara Mindfulness.

Previously, the journal asked me to document the happiest memories of my life. High on the list was my memory of playing Mario Party 3 with my brothers and sister.

It may be difficult for non-gamers to comprehend, but people attach a lot of positive energy and emotion to the games they’ve played when they were young.

It’s not just nostalgia. The memories of the experience alone are can trigger positive energy as powerful as the days the memories were made.

How else can you explain the MASSIVE outpouring of emotion from fans who finally got to have Sora as part of the Super Smash Bros. Ultimate roster? Grown men were crying tears of joy at the reveal.

Kingdom Hearts was part of their childhood, so to have the creators of the game acknowledge this love and move mountains to get by all accounts a logistically impossible player into the game…well, the results speak for themselves.

So I’m not just blowing smoke. Manifestation is a real thing, and its principles can be utilized into your own life to bring your desires and your goals into fruition.

It took something as silly as a N64 party game to see the light, but better late than never.

Sylvie is a dual American/Canadian citizen living in Toronto, Canada. She has written for numerous sites, including Screen Rant, The Spool and Midnight & Indigo. Sylvie is currently writing her first YA novel; follow her writing journey at https://sylviesoul.com and @sylvsoulwriter on Twitter.

I am a fiction writer, specializing in YA and fantasy.

Donate so I can live out my best 'Coffee Talk' dreams post-pandemic at https://www.buymeacoffee.com/rgvwZexNH