How to tell when a game is kid friendly, and fun alternatives for the little ones. 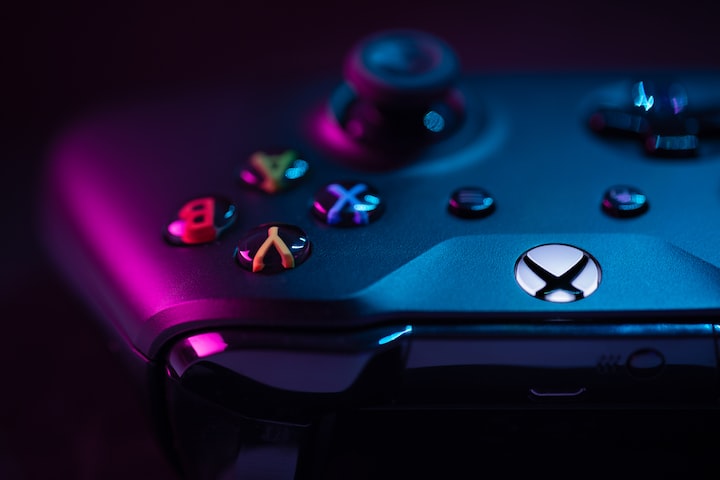 Photo by Jakub Sisulak on Unsplash

I work in a game store – I consider myself lucky. The customers are usually happy, they stroll in and I can’t help but picture them as stray piñatas wondering into my garden, like in the 2006 game Viva Piñata. I love when people ask for recommendations, and I’m usually able to find their perfect match. There truly is a game for everyone. But not everybody should be playing the same game.

The most sold game at my store is Rockstar’s Grand Theft Auto Five. An action-adventure game that allows you to roam the US committing shenanigans and embarking on quests of tomfoolery. You can drive a car! You can… umm… explore!

This is what little Jimmy, aged 8, explains to his Mum, as she eyes the case sceptically. I don’t think she notices the R-18 rating in the bottom corner. My heart sinks a tad as I brace myself for the following conversation – I’ve had it a hundred times.

I let the words push from my mouth like a flooded dam, “There’s interactive drug-use, simulated torture, and you can hire a prostitute and watch her give your character oral-sex”. I spill out in one breath. I don’t tell her everything; I choose not the mention the chance encounter of witnessing sexual violence, and the fact that you can hire a sex-worker, murder her afterwards, and take your money back.

Her eyes widen in surprise, and she looks at her son in horror.

“Well,” she starts… “you didn’t tell me that”. Little Jimmy adverts his gaze and is suddenly very interested in some sticky tape stuck to the countertop. “Thank you, we won't be getting that one today”.

This is how the conversation sometimes goes. Occasionally, you’ll hear something like “oh, well he plays it at his friends house”, or “I don’t want him to play it, but his Dad lets him” or the most baffling response,

“He sees worse at home anyway”

I’m not here to debate you over Australia’s classification system, or the effects of violent media on children. I don’t believe this game should be censored, and I’m not trying to take it away from adults with fully formed frontal lobes. I’m just here to suggest that maybe… MAYBE, this type of game might not be the best option for little Jimmy. The good news though, is that there are plenty of options that will give your child the same kind of enjoyment (tomfoolery included!). They are;

If your child craves the destructive and absurd elements of GTA, then look no further. Goat Simulator allows you to explore a metropolis area from the perspective of a trouble-making (or law abiding, take your pick) goat.

Much like GTA, the player chooses their own path and finds enjoyment in watching the cause and effect relationship between their bad behaviour and the environment. It's sandboxy, too, which means the player is encouraged to play the game in a creative way. I once spent the better half of an hour angling my goat so that when he stepped onto a running treadmill he would shoot off like a projectile and land on a trampoline in the distance. Some other fun things you can do in Goat Simulator include; blow up a gas station, fly using a jet pack, crash a dance party, and complete a sacrifice to become a demon goat, to name a few.

If you’re looking for paid prostitution in this one though (although, I’d be worried if you were), I’m sorry to disappoint. There will be none of that here.

The Simpsons Hit n Run landed in 2003, so if you have a Game-Cube, PlayStation 2, or an Xbox Original I'd recommend giving this one a go. It might not be the photo-realistic graphic experience that your child is hoping for, but if it's gameplay they prioritise than this one is a great option. Set in fictional Springfield, The Simpson's Hit n Run follows the mysterious events of Bart's abduction by aliens. It's absurd - as one should expect from The Simpsons - but the gameplay is allegedly inspired by Grand Theft Auto.

Similar to GTA, you can attack pedestrians, blow up vehicles, and cause havoc in the environment. As your threat level increases so does the chance of being pursued in a police chase. Gameplay focuses primarily on driving missions, and you play from the perspective of Homer, Bart, Lisa, Marge, and Apu.

I never once asked my parents for Grand Theft Auto. I think it may have been because my desire to watch the world burn was satiated by these two games from the Jak and Daxter collection.

A bit of a throwback, but well worth your time if you have a PlayStation 2,3,4, or 5, The Jak and Daxter series follows two brothers who fall under the control of Nefarious Crime-Boss, Baron Praxis. You are tasked with completing his dirty work, but are free to roam the fictional Haven City as you please. Looking back, I still don't quite understand how twelve year old me could spend hours scouring the city for the next best hijack, but I happily relinquish my time and sanity to Naughty Dog.

Jak X focuses solely on driving and destruction; you are one of eight racers vying for first place in the Combat Racing Championship. The catch? Each contender is equipped with weapons of mass destruction. Let the chaos ensue.

Minecraft? You scratch your head. How can a peaceful building game be compared to the likes Grand Theft Auto? Peaceful, I scoff. I flash back to memories falling into a great pit, when I look up, I see my brother lobbing a stick of T.N.T down the hole, laughing manically. I mourn the loss of my Victorian home scorched to the ground, a pile of ashes, danced upon by a twelve year old boy. If they weren't my brothers, this would be a very different story.

Of course, Minecraft can be a relaxing game, if that's how you choose to play it. But, the most attractive element comes from the ability to make of it what you will. It's a sandbox game, like Grand Theft Auto. For me, this means exploring the depths of the underground dungeons and mining precious minerals. For my brothers, this means suiting up to go head-to-head with exploding creatures, known as Creepers. The good news is, there is no blood and gore here folks. Just your friendly old neighbourhood puff of smoke.

The other good news? The soundtrack is a masterpiece, so you may even get some enjoyment for yourself, too.

"But Mum, Lego games are for babies!" No, no they're not, Little Jimmy. And don't speak to your mother that way.

Anyway, the Lego game franchise has done a fantastic job at creating fun and engaging co-op games for all-ages. They're a big seller at my store, popular amongst parents, friends, and romantic partners looking for something to play during lockdown. Surprisingly more like GTA than one might think, Lego City Undercover is an open world action-adventure in which you take on the role of revered police officer, Chase McCain (think, the antithesis to every GTA hero ever).

Gameplay canters around crime, with a focus on combat and driving, and it is said to have borrowed heavily from elements of GTA. In a reversal of roles, however, it is your job to put a stop to the fresh wave of crime plaguing Lego City.

I don't have much to say about this one other than 'Explosions'.

Just Cause 3 and 4 are good recommendations for more mature children. Although the suggested audience - according to the consumer rating - is fifteen and above, Just Cause is a more palatable option for kids hell-bent on Grand Theft Auto. The open-world map is divided into five main biomes, which you can traverse in a number of ways. Dive over cliffs using your wing-suit; explore the mountains in a helicopter; and unleash your inner Spiderman by swinging from your grappling hook.

The gameplay focuses largely on finding creative ways to destroy the environment. Luckily for the NPC's, none of this destruction involves the terrorising of a down-town strip club (Yay!), and the violence is generally light-hearted and devoid of sadism (also yay).

It is my genuine hope that every customer who comes into my store can leave with something they’ll love, even if that means momentarily shattering the dreams of little Jimmy and handing him a copy of Goat Simulator instead of GTA-5 (he'll thank me later). If you are still set on your original purchase, don’t let me stop you! I’m just here to pass on some things I have learned.

And on that note, OOOPS look what I dropped! It's the Australian classification system! Silly me.

The content that we see in MA or R rated media such as illicit drug use, torture, and sexual violence takes a new form in videogames. You are no longer simply an observer. Sometimes you are, but other times you are an active participant – It is your character that is committing strong or high impact themes, meaning, it is your character engaging in drug-use, sex, torture, and the like.

Unfortunately, is in not the obligation of game-developers to divulge all illicit content within their games. For example, the content warning on GTA-5 does not mention prostitution, sexual violence, or torture.

As a general rule, it is safe to assume that any game given a rating of MA or R has been assigned that classification for a reason. Occasionally, there are exceptions. Games like Apex Legends, for example, are assigned a rating of MA in part due to online interactivity, despite the themes within the game being relatively safe for work. If you're unsure about a particular games rating, a prompt google search should clear up any confusion for themes you're wanting to avoid.

The best advice I can give is to stay vigilante, and to do the research. See you in store!

Authors note: Thanks so much for reading! If you made it this far please feel free to leave me a heart or a small tip, it's always greatly appreciated!

Bachelor of Psychological Science and Master in Forensic Mental Health. Developing creative writer and lover of all things shiny.