How To Reduce Lag When Gaming

by Victoria 11 months ago in how to

How To Reduce Lag When Playing Games Online 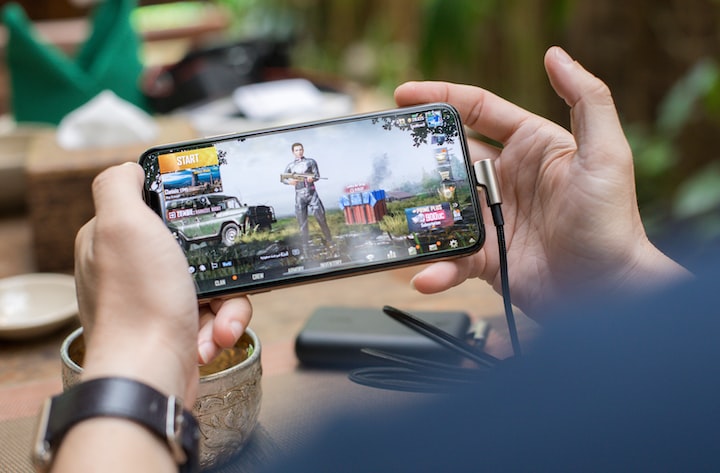 An internet connection that is too slow or unreliable hinders the fun of playing online games. It can be slow because the available bandwidth is exhausted or the line itself has problems. Such connection problems not only affect users who still have to get by with a slow connection of only 6 Mbps or less, such problems can also occur with more than 50 Mbps bandwidth. There can be multiple reasons why your game is lagging but the way to fix this issue is simple.

Most of the time, you only have the power to free the Internet line from annoying downloads in the background. Other problems with ping or packet loss (in this case entire data packets are lost on the journey to or from the server) are often due to the line itself or to the route that data packets take from your PC to the server on the Internet.

A very well-known term is the ping (named after the ping command in Windows). The ping describes the time it takes a data packet to transfer from your PC to a server on the Internet and back again - this delay is also known as latency. If the latency is (too) high, this is also called lag.

For online games, ping is the most important factor. Because it describes the time required for input from the player’s character movements or for aiming and firing at the server and back again. This delay time is measured in milliseconds. The lower the value, the faster the comparison with the server - and the greater the advantage over players with a higher ping can be. Many modern game engines have mechanisms to compensate for the different ping times of the players (within a certain framework).

The average latency in shooter games is roughly about 50 milliseconds. Other genres, on the other hand, still play well with 60 to 100 milliseconds. However, we find a value of well over 100 milliseconds annoying in almost every game, since the delay between command and reaction in the game is clearly noticeable.

But even with a low ping in the green area, packet loss can occur and also severely impair or even make the good gaming experience impossible. Individual data packets do not even reach the desired server (or your PC), and important game information about opponent movements or the firing of a weapon can be swallowed. Packet loss manifests itself in games through teleporting opponents or swallowing your own commands.

On the other hand, the available bandwidth of the Internet line plays a subordinate role in online games. More bandwidth only ensures that you can download or upload data faster. In addition, parallel downloads and streams affect the gaming experience less if your internet connection has a high bandwidth since more reserves remain for the game data.

A WIRED CONNECTION IS ALWAYS FASTER

These days, wireless networks have become common, and we have begun to forget that once there were simply no real alternatives to wired connections. While Wi-Fi is much more convenient, it has several disadvantages. As you might have guessed, one of them is a delay.

First and foremost, the Wi-Fi signal is always susceptible to interference, for example, from other routers and all wireless devices in the immediate vicinity. In addition, the wireless signal must overcome physical obstacles, and walls can make a significant contribution to latency. For a wired connection, all these negative factors are irrelevant, so they are much faster. Plus, all modern motherboards have at least one Ethernet port, so no expensive wired add-on cards are required.

So for high latency, check if switching to a wired connection helps. If not, it is due to one of the other reasons.

IMPROVING THE QUALITY OF YOUR WI-FI CONNECTION

If for some reason a wired connection to your computer is not possible, there are several ways to improve the quality of your wireless connection.

First, you can try switching to 5G on your router or modem. Due to its higher frequency, it is less susceptible to interference than the standard 2.4 GHz band used by most devices. Besides, the signal of this frequency passes through obstacles better, although this is achieved at the cost of a shorter range.

If you are too far from your router, you can extend your coverage with a Wi-Fi repeater. However, before you go out and spend money, try out a few of these steps that can potentially help.

• Reduce signal obstacles. What we mean is to reduce the number of walls the signal passes through. No need to break holes, just place the computer where there will be fewer walls between it and the router, and you can already feel the difference.

• Reduce the number of devices on the network and free up the channel. Usually, this is relevant for those who live with family or neighbors. Any device actively using the network can slow down your connection and increase latency, so if you have multiple devices that are streaming HD or 4K video, this will almost certainly affect the speed of your Internet connection.

In 2020, almost everyone is connected to the Internet, and we've already talked about how other devices can grab bandwidth. Your computer is no exception. On it, there are multiple programs that can be updated or communicate with the server, which can affect the latency, especially with a low Internet connection speed.

Steam is a typical example, and it's helpful to open your download settings (Settings> Downloads) and uncheck the "Allow downloads while playing" checkbox. And if you are using a torrent client, you should also disable it while playing. Further, you can minimize all background activity in general, especially in the case of a small number of processor cores, a small amount of RAM, or using HDD drives.

There are many good reasons to use VPNs online, but there is an equally important reason why you should ditch them while playing.

When using a VPN, the signal always goes to the game server through the VPN server. This obviously increases latency, especially if the VPN server is far away. Basically, you can always turn off your VPN service while playing. Constantly turning on and off manually can be a little awkward, but it is necessary to minimize latency in games.

Experiencing lag in any game is frustrating and makes the game unfun for everyone. Make sure that you utilize those tips to get the best internet connection you can when playing games online.

Receive stories by Victoria in your feed
Victoria
Read next: Gaming in a traditional world