by Neal Litherland 3 months ago in rpg

Prince Oberyn Martell is a younger son of the Martell family. While the seat of his family's power is in Sunspear, Oberyn has ranged far and wide in his pursuit of women and battle. When his sister Elia was murdered along with her children during the purge of the Targaryns that followed King Robert's rise to the Iron Throne, Oberyn set his sights on vengeance. A skilled warrior whose name and reputation are both known and feared throughout the Seven Kingdoms of Westeros, he has a difficult legacy to live up to for players who want to do him justice. This guide will help you recreate the Red Viper for your Pathfinder campaign, and provide a framework for all the abilities you need.

If you're interested in other members of the cast, such as Tyrion Lannister or Brienne of Tarth, you'll find them along with many others at Improved Initiative's Character Conversion page. Also, if you're looking for more gaming articles in general, be sure to check out my full Vocal archive while you're here!

Prince Oberyn, like most other members of the Game of Thrones cast, is human. He's whipcord fast, vicious, and he takes no prisoners. Strong and tough, he often lets his temper and his pride get the better of him despite his education and experience. Put another way, you should invest his highest stat into Dexterity, while still giving solid numbers to his Strength and Constitution. Oberyn was educated at the Tower by Maesters, and he's shown himself to be extremely intelligent. He's also a charmer, with daughters aplenty to prove it. Then again, while he may have poor self-control at times, would a man with a weak will go to the lengths he has to avenge his sister's death?

As to the Red Viper's traits, you should make sure you choose ones that fit his character, and which you will use often. Reactionary (+2 trait bonus to your initiative) is one of the most obvious choices, followed by Alchemical Adept (+2 trait bonus on all craft (alchemy) checks, and if you don't fail a check by 5 or more, you ruin no raw materials). Because, as we all know, the craft (alchemy) skill is what you use to make poisons. Other options such as Prince (+1 trait bonus on Diplomacy and Intimidate checks, and one of these is always a class skill for you) are also appropriate, though, so feel free to dig deep and evaluate what will help you the most.

Oberyn Martell is a complicated man with a long history of unusual training. His penchant for poisons, when combined with his unsettling speed, is what earned him the name the Red Viper of Dorne. As such, the simplest beginning for Oberyn is the Poisoner rogue archetype, found on page 134 of the Advanced Player's Guide. This class gives you poison use at level one, swapping out trap-finding, and ensuring that you can never accidentally poison yourself when applying poison to a weapon, or using an envenomed weapon. While one level would be worth it for that ability alone, the third level gives you Master Poisoner, trading trap sense for the ability to change the type of poison (injury, inhaled, contact, etc.) in order to make it better fit your purposes. You'll also gain a rogue talent, and while there are all sorts of tasty options in the books, it's hard to go wrong with Bleeding Attack.

The second part of Prince Oberyn's formula is the Swashbuckler out of the Advanced Class Guide. This class option limits you to the short spear (a one-handed piercing weapon), but it gives you access to a variety of deeds that make you a deadlier combatant. It is also lets you use your Dexterity modifier to attack with any and all light or one-handed piercing weapons without eating up a feat slot for the ability. A high Charisma score will be a boon to all those using this option, as well, for additional panache points.

It should be noted that for players who wish to utilize reach weapons and larger polearms (something the Swashbuckler really isn't meant for), the Polearm Master archetype on page 106 of the Advanced Player's Guide may work as well. You get bonuses to spear fighting, the ability to shorten up your grip on a reach weapon, and even the ability to treat any polearm as having the trip quality. 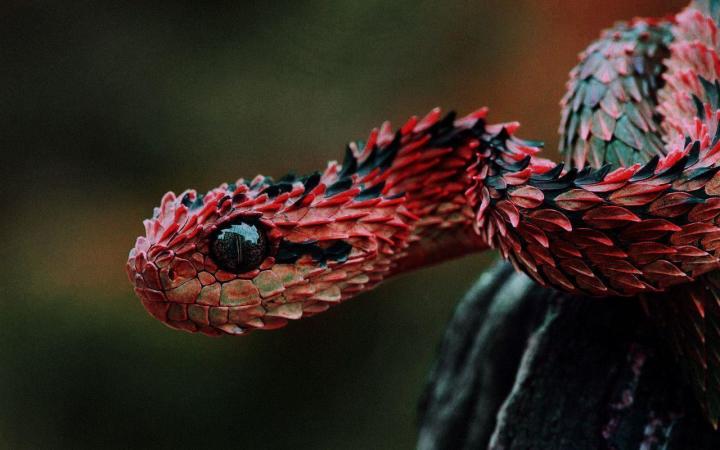 Oberyn is going to have a lot of skill points to throw around thanks to his rogue levels, but they won't go too far once he switches over to a martial class. So it's best to focus on skills you're going to use often, and then just toss the leftover points into skills you're all right with not maxing out. For example, skills you're going to want at their highest will be Acrobatics, Bluff, Escape Artist, Perception, and Craft (Alchemy). Other skills Oberyn should have, but which might not be something you'll use very often, include Intimidate, Ride, Sense Motive, Knowledge (Local), and Knowledge (Dungeoneering).

Now, onto the Red Viper's feats!

Prince Oberyn is a canny fighter, and he relies on his skill and speed (along with his poisons) to give him the advantage over his enemies. Feats you should take to mimic this fighting style (assuming the Swashbuckler option) include:

These are the basic combat capabilities we see from Prince Oberyn. He is a skilled fighter, and a skilled defender, but he doesn't require any exotic feats or unusual combat styles. A high BAB, high attack stat, and keeping your opponent flat-footed (if not on his back) may be all you need. Additional useful (but not required) feats include: Improved Initiative, Quick Draw, Shield Specialization, and Dazzling Display. You may, if you have the feats available, also want to invest in Dodge, Mobility, and Spring Attack to represent Oberyn's quickness and speed on the battlefield.

Despite the return of magic into the world of Westeros, magic items are really quite rare. While some members of the cast wield enchanted steel or call upon dark powers, the Red Viper relies on his armor, his weapons, and his wits. In the book he's described as wearing light armor, wielding a spear in one hand, and carrying a small shield (roughly the size of a buckler) in the other. While no doubt of master wrought quality given that Oberyn is a prince of one of the most noted places in Westeros, there's nothing magical about his skills (though you should feel free to update them if you gain access to magic weapons and armor).

Have you read past book three? If not, stop reading!

Is that everyone? Good.

One of the big questions folks have is what poison best represents what Oberyn put onto his spear during his duel with the Mountain. Deathblade (Core Rulebook 559) is a Constitution killer that would take any lesser man to his knees and kill him quickly. Only the Mountain, inhumanly strong and tough, could survive even as he succumbed to its deadly effects.

With regards to the Red Viper's background, you need to ask how much you're keeping for your portrayal. The vengeance-driven warrior is a common archetype, but was it his sister who was murdered? His lover? A brother? A child? Or are you more interested in a younger Oberyn who is still sowing his wild oats wherever his horse takes him? Alternatively, are you more interested in portraying one of the Sand Snakes, but using her father's skill set as the mold she's fitting into?

If you're looking for further inspiration, then you may want to take a look at the following: