How to Build Jon Snow in the Pathfinder RPG

by Neal Litherland 2 months ago in table top

Jon Snow, the bastard of Winterfell, was one of the foremost members of the Night's Watch, eventually rising to become the Lord Commander for a time. A good man among thieves, killers, rapists, and worse, Jon went north as soon as he was old enough for his oath to be accepted. With his dire wolf Ghost, Jon has braved the perils of the untrodden forests, fought both with and against Wildlings, and seen things that would turn an ordinary man's blood to ice. The following guide is for players who want to recreate Jon in the Pathfinder roleplaying game as accurately as possible.

For additional Game of Thrones character builds, along with guides for The Avengers, Gotham City's vigilantes, and others check out the Character Conversions page over on Improved Initiative. And if you're looking for more gaming content, as well as other geeky topics and trivia, check out my full Vocal archive, as well!

Basics of The Bastard (Attributes, Race, and Traits)

Despite his youth, Jon has survived in places that would have eaten less determined men alive. He's strong and tough, but more importantly he has wisdom other men lack. So when you start assigning Jon's stats you're going to want him to prioritize his Strength, Dexterity, and Constitution scores, but also remember that he was trained and educated in a castle. Jon isn't stupid or foolish, though he has been accused of knowing nothing more than once. He's also just a human, as far as we can tell.

As to Jon's traits, it's important to ask how you see him. The trait bastard (-1 on all charisma-based checks when dealing with nobles, but a +1 on will saves. The negative goes away if you ever substantiate that you are, in fact, nobility) is probably the easiest one to choose, but what other traits would you assign Jon? Reactionary (+2 trait bonus to initiative) is a solid choice, but so is Signature Moves (begin with a single masterwork item worth 900 GP or less, and gain a +1 trait bonus on Bluff or Intimidate checks when wielding it in one or two hands... sounds like Longclaw or another piece of gear that Jon may be known for). Other traits may be more appealing, thematically or mechanically, but remember that a bonus you have and never use won't do you a whole lot of good.

A Ranger By Any Other Name (Class)

Jon patrols the wilds, studies specific enemies, and he commands the loyalty of a massive beast he adopted as a pup. The class that best fits Jon is the ranger, but perhaps the snuggest fit is the Skirmisher archetype (Advanced Player's Guide 128).

What makes the Skirmisher an ideal fit is that it gains all of a ranger's normal features, except for spells. Since Westeros is a (mostly) low-magic world, it just makes sense for Jon to rely on his wits and his sword arm instead of on magic. What the class gains instead are Hunter's Tricks at 5th, 7th, and every two levels after. Abilities like bolster companion (which grant the ranger's animal companion a temporarily higher AC when the animal is threatened) or aiding attack (which grants an ally a bonus to hit a creature the ranger just struck) are ideal for Jon's role as a captain in any group combat scenario.

As to Jon's other abilities, it's important to make sure they'll be what you need in your campaign. Trained to fight Wildlings and outlaws, one of his favored enemies should be humans. Given his experiences with wights and the walking dead, undead should be a close second. As to his favored terrain, he spends most of his time in forests, mountains, and in the cold places of the world.

For his Hunter's Bond, well, that one should be obvious. A dire wolf pup is roughly the same size as a full-grown wolf, and by the time Jon is 10th level Ghost will have reached his full, Large size. Or sooner, if you follow some of the advice in the feats section below. 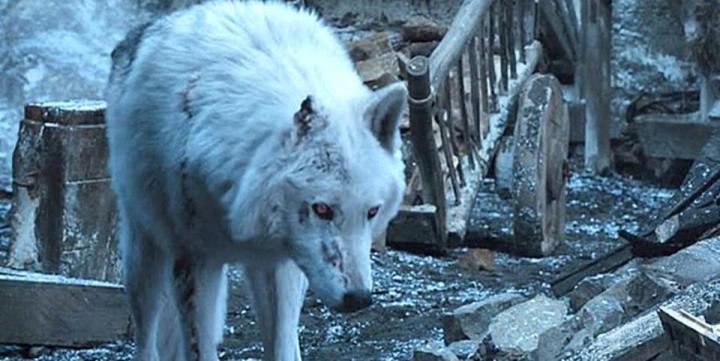 Jon's skills serve him well in the wild. While Survival, Stealth, and Perception will be his bread and butter, skills like Knowledge (Nature), or even Knowledge (Nobility) aren't out of the question. And, of course, if you're going to be scaling any huge walls or fording any gigantic streams it's a good idea to make sure you have ranks in Climb, Swim, and perhaps even in Acrobatics (for when you lose your grip).

Additionally, as a combat character who doesn't rely on spells, Jon needs a lot of feats. While he's proven himself capable with sword and shield, two-handed fighting, and archery, Jon's signature weapon is the bastard blade Longclaw. As such, you may find the ranger combat style two-handed weapon to be the most useful.

This following feat list is meant to be a jumping off point, rather than a complete list of all possible feats. Remember that since this is your version of Jon, you need to build him to accomplish the tasks you intend for him to achieve.

In addition to these very basic, core feats there are several others that may be of benefit to you. Point Blank Shot and Precise Shot (Core Rulebook 131) are great to have on hand if you're using your bow with any regularity. Improved Sunder and Greater Sunder (Core Rulebook 128 and 125 respectively) are always useful for those wielding an adamantine weapon (which Longclaw would best be represented by). And of course, if you want to make sure that Jon really commands the loyalty of brothers like Samwell Tarley then it's a good idea to take Leadership (Core Rulebook 129) as well. 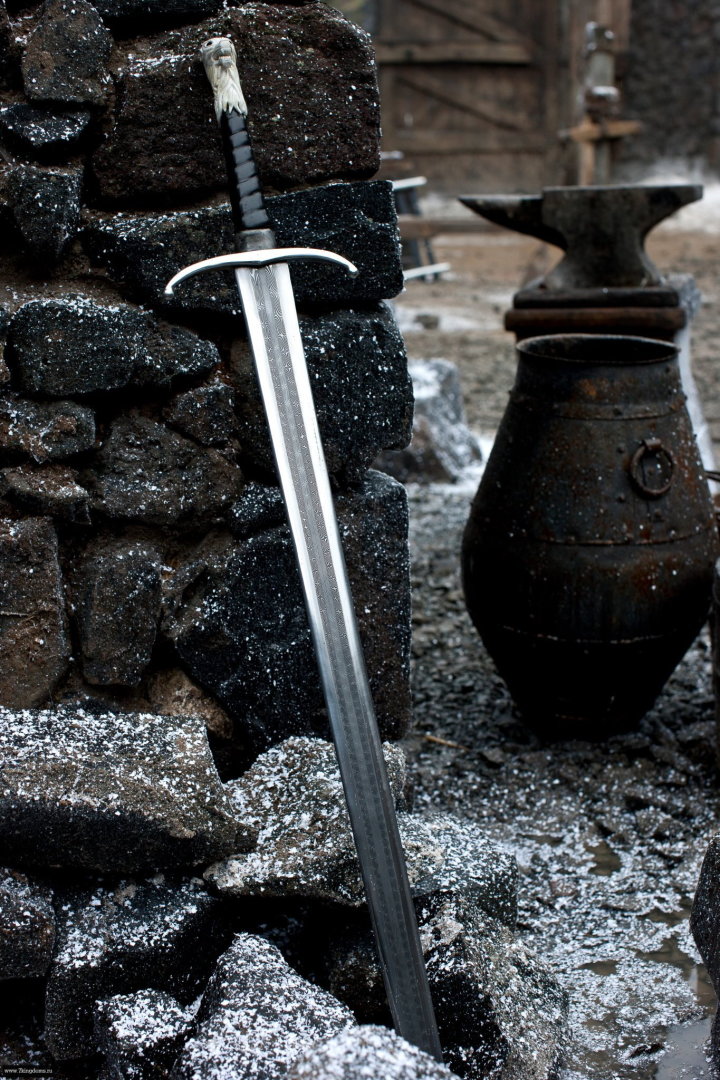 Like most of the rest of the Game of Thrones cast, Jon Snow doesn't have much in the way of magical equipment or special items. Aside from the Valyrian steel bastard sword and his loyal dire wolf companion, everything else Jon owns or uses is normal gear. Given his experiences with wights, it makes sense for him to carry lamp oil (or alchemist fire if it's allowed), and if you want to add the shadow ability to his armor as someone who has ranged beyond the wall with the Night's Watch it would be thematically appropriate, if not exactly accurate to the source material.

Speaking of source material accuracy, though, you need to ask just how much like Martin's character yours is going to be. For example, is your Jon Snow a noble bastard raised with his half-brothers and sisters? Or did his father have to see him in secret, making him feel that he was something to be ashamed of? Does your Jon venerate the spirits of the forest, and thus deepen his bond with his wolf? Or was Ghost cast out by his pack and left to be alone, and Jon bonded with him over their mutual, untouchable status?

Has your Jon given his word to an order, or is he a lone wolf wandering the realm looking for his place? The answer is really up to you, but if you're looking for additional inspiration you may find the following supplements to be of use: