How to Build Andrew Jackson in 'The Pathfinder RPG'

by Neal Litherland 5 months ago in rpg

Andrew Jackson, the 7th President of the United States, is one of the most memorable politicians we've had in our history. Part of that has to do with his history of achievements in the White House, and how he shaped the very nature of the executive branch, and part of it is because his mug is on the $20 bill, which is the default for ATMs. However, if you've ever looked down at that scarred, sour face and wondered about that man, rest assured he was one of the most violent, vengeful, and balls-out homicidal men we've yet to elect to the office of the president. And, if you've been wondering how to bring that sort of crazed warrior-ruler combination to your game, here's a Pathfinder conversion guide to get you started.

For more Badasses of History, as well as famous fictional characters like The Avengers, and the cast of Game of Thrones, the Character Conversion page at Improved Initiative as you covered. And for more great gaming content, as well as stuff about life hacks, martial arts, serial killers, and comic books, check out my entire Vocal archive!

A History of Violence (Attributes, Race, and Traits) 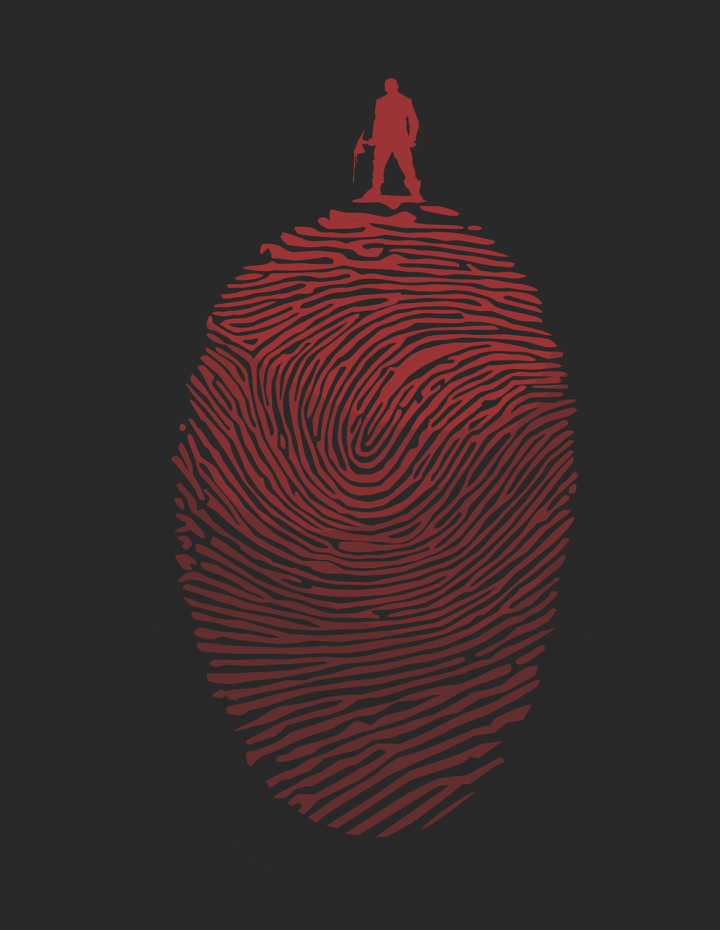 Andrew Jackson is a man whose life was defined by conflict, and violent opposition, according to History. His father was absent when he was born into a life of abject poverty, and his mother and sister died soon after. Jackson was the subject of bullies throughout his school days, and this led to him becoming a vicious fighter, since in school (as in prison) it's important to send a message to anyone who might consider messing with you. In 1780, at the age of 13, he was captured by the British as a prisoner of war. The British officers in charge of the camp commanded Jackson to shine their boots, a task which he refused. Likely using extreme profanity, and several obscene gestures.nThe officer in question cut Jackson's cheek open (which left the impressive scar you see in later portraits), and he was then forced to march 40 miles barefoot, with his open wound, and suffering from smallpox.

He survived, obviously. Prospered, in fact. While on his way to becoming a successful lawyer, Jackson also made a name for himself as a soldier, and a commander, fighting in the War of 1812, as well as The First Seminole War. That's to say nothing of the sheer number of duels he fought (which according to Cracked was somewhere between 13 and over 100), and the number of people he lashed to within an inch of their lives with the hickory walking stick he carried with him just in case he needed to throw out a serious beating.

So, with all of that said, Jackson's main attributes should be his Dexterity, Strength, and Constitution. While he was far from the most charismatic man, he was educated and possessed a sheer willpower that was impossible to break. He was probably human, as well. Probably.

As to Jackson's traits, there are almost too many to choose from. Reactionary (+2 trait bonus to Initiative checks) is a solid choice, but so is Bullied (+1 trait bonus on attack of opportunity rolls made with unarmed strikes). If you want to give Jackson appropriate half-orc traits then you could take Adopted in order to give him something like Brute (+1 trait bonus on Intimidate checks, and Intimidate is always a class skill for you) or Cruel Rager (once per Rage, if you confirm a critical hit against a foe, regain 1 round of Rage). You might even find traits like Firebrand (+1 bonus on Initiative checks, and if you act in the surprise round you gain a +1 trait bonus on your attack roles for that round) or Making Good on Promises (gain a +2 trait bonus against Fear effects) appropriate. Whichever traits you choose, though, make sure you pick traits that are going to be used often and which fit the mold you're working with.

A Certain Set of Skills (Class)

There is a quote from Jacksonian scholar Robert Remini that sums up the man nicely. "When Andrew Jackson hated, it often became a grand passion. He could hate with a biblical fury and would resort to petty and vindictive acts to nurture his hatred and keep it bright and strong and ferocious."

That sounds uncannily like one of the flavors of Rage, as mentioned in "50 Shades of Rage: Flavoring the Barbarian's Signature Power." However, Jackson wasn't just your run-of-the-mill rage machine. He was a hard-fighting, two-fisted pistol duelist. A weapon that required fast reflexes and a steady eye to use well. Which is why the best base for one of our maddest presidents is the Savage Technologist, found in the Technology Guide. This barbarian archetype gives you proficiency in firearms, alters your Rage so that your Dexterity and Strength go up instead of your Strength and Constitution, and it gives you the feat Sword and Gun (allowing you to shoot without provoking attacks of opportunity), and it lets you add your Dexterity bonus to damage with firearms while Raging.

That's a good start, but with great Rage comes great Rage Powers. For Jackson's unique brand of kill-crazy, you might want to consider:

These are, of course, just some suggestions for which Rage Powers you should choose. Given that most, if not all, of Jackson's levels can be Savage Technologist, though, you gain serious benefits from powers based on how many levels of barbarian you have.

For those who want a little extra trick up their sleeve, you might want to consider dipping one level into Brawler out of the Advanced Class Guide. This gives you some decent unarmed damage, grants you Martial Flexibility, and gives you Brawler's Flurry. Jackson was never without a weapon, but that weapon was sometimes a gnarled fist, and the toe of his boot.

Bringing The Pain (Skills and Feats) 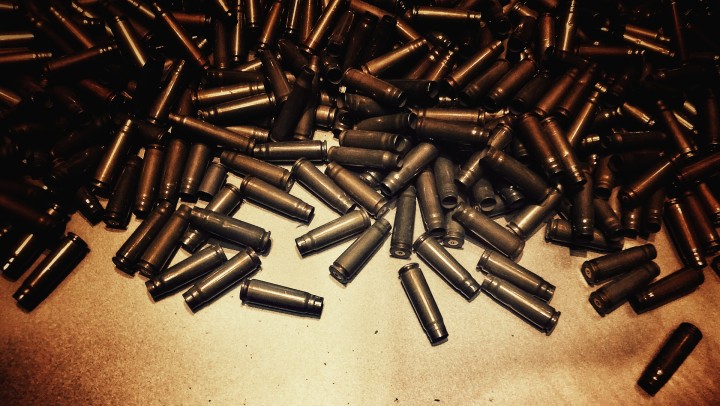 There was an assassin. It's fine now.

Jackson was a man of many skills. However, despite being a politician, he was notably lacking in Diplomacy. His reaction to several policies being passed in Congress was essentially, "I'm not doing that," and when the Legislative Branch tried to force his hand, Jackson followed it up with, "Which one of you is going to make me?" What he lacked in tact, though, Jackson more than made up for in Intimidate, Survival, and his knowledge of the practice of law. And, while he didn't necessarily need Craft (firearms) to care for and repair his own guns, or Craft (alchemy) to make his own powder, those might be good investments for a player to make.

Now, for his feats. 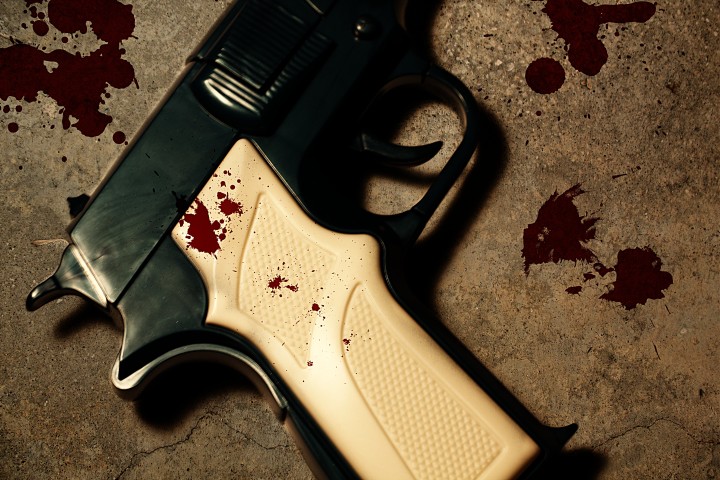 Andrew Jackson, as a living embodiment of the insanity of American history, clearly didn't carry magical weapons with him while he was cutting a bloody path through our nation's early life. However, since you're going to be in a fantasy world, there are some items you might want to invest in. The Gunman's Duster out of Ultimate Equipment, which provides an armor bonus as well as Grit bonuses, is a great item to get hold of. A Reliable gun would be a wise investment, and an enchanted walking stick with the Furious property wouldn't go amiss, either.

The other question you need to ask is how closely you're going to hew to the real-life model for your story. The harsh childhood, the internment camp, and the military tactician are just the sorts of things you'd find in a fantasy game. But, let's face it, Andrew Jackson is much more likely to be standing at the head of the army dressed in spiky black armor than he is to be fighting against it. So, before you recreate this whirlwind life of brutality and death, it's a good idea to ask what side you're on. And probably to take a look at "5 Tips For Playing Better Evil Characters," while you're at it.

Lastly, if you're looking for some inspiration to get your Jackson's life started, I'd recommend checking out some of the following supplements.