How to Get Better Initiative and How to Keep Track of It. 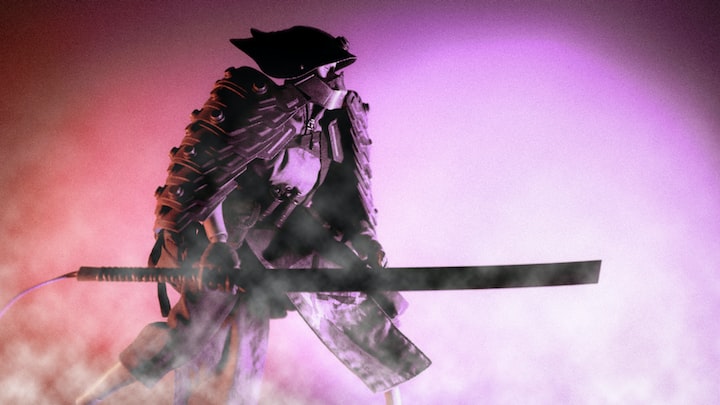 Photo by hao qin on Unsplash

Above all else, D&D has always been a combat game. The Combat System in Dungeons and Dragons has always taken up 3/4 of the rules, with actions, and attacks, reactions, counterspells, grappling and movement constantly confusing and confounding new players. This all interacts with the DM’s encounter, the terrain and the monsters. D&D, however, is a turn based game. So even though each individual round (which takes place over the course of 6 seconds) technically happens at the same time, we break that down into turns.

Enter Initiative. Initiative represents a character’s reflexes and reaction speed. It is their ability to react when the proverbial chaos begins. Initiative keeps everyone’s turns separate and easy to keep track of. Even though the characters are undergoing a chaotic, messy battle with dragons and goblins and exploding fireballs, as players and DMs, you get to keep it easy.

In D&D, Initiative essentially sets the precedent for combat, or at least the beginning of round by round play. Some DMs will use Initiative for terrain based encounters like escaping a flooding room, or the collapse of a dungeon on the player’s heads. They may even use it for climbing a challenging cliff. It doesn’t matter what it is, as long as it is moving into round by round play, the DM may call for Initiative. What Initiative is, essentially, is a tracking order.

When Initiative is called, each player and monster will roll a d20 and add their Dexterity bonus to the roll, the total is their initiative roll. Certain effects, like Lair Actions are assigned a set Initiative score that does not require a roll. Because this roll is simply a D20 + Dex, it is considered an Ability Check (specifically a Dexterity check), so if you are under the effects of anything that adds to an Ability check, you can add that to your roll.

Once everyone has their Initiative roll, the DM will call on them and add it to a combat tracker (which can be as simple as writing it on a piece of paper or as complicated as some online tools). They will then order it from highest to lowest and order of play will commence. At the same time as the Player’s are rolling a DM also rolls Initiative for their own monsters or any creature the party will be fighting. Some DM’s may use a single initiative score for multiples of the same creature. For example, if the players are in a Goblin cave and fight 5 Goblins, all 5 might act at the same time, or they might all act individually with initiatives of their own.

There are upsides and downsides to both practices. If you have 5 goblins and 5 party members and everyone gets an individual roll, then you have to keep track of 10 different turns on your Initiative tracker and it takes a little longer to do. The upside is that those goblins' turns are more likely to be spread out, and better able to react to the combat as it changes and adapts. If you have group initiative, each of your players gets a turn and then you have 5 goblins go at once. You only have to keep track of 6 Initiative scores, but now the goblins go as a group. Say the party rolls low, and the goblins roll high. Now all 5 goblins go before a single party member has acted. If they all move in and take their turns, the chances of them ganging up on one person and killing them is now exponentially higher. In reverse, if the Player’s roll high and goblins roll low as a group, now all 5 players go before a single goblin, exponentially increasing the odds all the goblins are dead before a single one takes its turn. Personally I roll Initiative for each character individually, but think about what works best for you!

Lastly, if two player’s or monsters have the same Initiative roll, the one with the higher Dexterity Bonus usually goes first. If they have the same Dexterity bonus they can either decide who goes first (in the case of two players) or roll a second die (of any kind) and whoever gets higher goes before the other.

Why is Initiative Based on Dexterity?

Dexterity is all about agility, hand-eye coordination and most importantly, reflexes. The same reason that avoiding a fire-breath, fireball, or dodging most traps is a Dexterity saving throw, is the reason that Initiative is a Dexterity check. Hence, the higher your Dexterity is the more likely you are to be higher on the Initiative tracker when a fight goes down. Classes that are based around Dexterity, such as Rogues, some rangers, fighters and monks are therefore likely to go first. This is especially beneficial for classes like the Rogue, whose abilities are often bolstered by going before anyone else.

How to Get a Higher Initiative?

While going first in Combat is a high priority for a Rogue, it can be extremely useful for almost anyone. It helps the early combat positioning of a martial class, gives the opportunity for archers to get into strategic position, and for melee characters to close the distance early on. It can also change the tides of combat if your party all rolls higher than the enemy, giving you the opportunity to rain carnage down on your enemy. However, if you roll badly, it can give the same opportunities to the enemy.

So, if you aren’t a character who specializes in Dexterity, how do you increase your Initiative bonus? First and foremost, spells. As anyone who has been playing D&D for a while knows, there’s a spell for just about anything. Spells like Guidance and Bless add a bonus d4 to Ability Checks, and as discussed earlier, Initiative is an ability check, so feel free to add that d4 if you have the spell cast on you. Spells like Enhance Ability allow you to gain advantage on certain ability checks, allowing you to roll twice and take the better one. Certain classes like Gloomstalker Ranger and the Wizard Archetype Bladesinger might also gain bonuses. Bards have the Jack of all Trades ability, which allows them to add half their proficiency bonus to any ability check they aren’t proficient in.

If you don’t gain a class ability, but want to go first as much as possible, the Feat Alert gives you a +5 bonus to Initiative rolls and makes it so that you are never Surprised. Which means even when your party has been ambushed, you still get to act in the first round of combat, this is an exceptional feat.

If you are looking for other guides to D&D, check out the links below. If you're looking for guides to Feats, Backstories, Magic Items and more, check out my profile for even more D&D articles. Also please consider supporting me by liking, subscribing or sharing this article with your friends. Or, if you’re feeling particularly generous, tipping or pledging here on Vocal to help me write more articles! Thanks again for reading!

Writer, MCU lover, and HUGE RPG nerd (but especially D&D). I have been a ghostwriter for blogs and other publications for 5 years now, but love the freedom Vocal gives me. You can find me DMing an outrageous Homebrew Campaign every Monday!

More stories from Theo James Taylor and writers in Gamers and other communities.