Hogwarts Legacy: Is This the Game Harry Potter Fans Have Been Waiting For?

by Yana Aleks 7 months ago in product review

A look at the game's trailer, its predecessors and what it promises to be 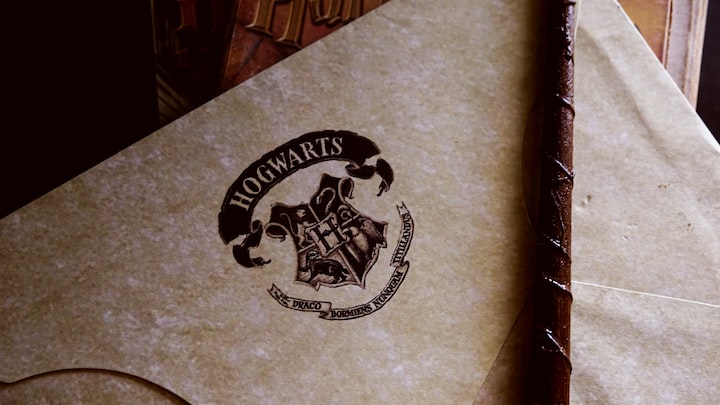 Photo by Bich Tuyen on Unsplash

Well, Potter fans, what do you think? Is it finally going to happen? Are we going to get the wizarding video game that we’ve been dreaming of for so many years? A truly immersive experience in which we get to not only observe Harry’s years at Hogwarts (like in the original book-compliant games and the admittedly very funny Lego versions) but to become students ourselves and, perhaps, even change the wizarding world?

The first official Harry Potter games were fun enough but they were really little more than a rehashing of the books and the movies. You hopped from familiar scene to familiar scene while collecting every-flavoured beans or whatever else the game demanded on the way.

The Lego games were a lot more imaginative because, as parodies, while they still followed the plot of the series, they included numerous absolutely hilarious little changes and additions. The characters not speaking at all but only communicating in little noises only made it heaps better. Well, well worth playing. They have been remastered for PS4, Xbox One and Nintendo Switch.

Yet, still, these games stayed within the known story and you couldn’t change anything.

The only attempt (I can think of) at a Hogwarts RPG with a customisable character and a storyline separate from Harry’s adventures was “Harry Potter: Hogwarts Mystery”.

It was made for Android and iOS devices and it ultimately sort of crashed and burned, as far as fans and critics were concerned. Its biggest downfalls were probably the slow and annoying mechanics and the gratuitous microtransactions - while the game was supposedly free-to-play, it was damn near impossible to get anywhere with it without constantly purchasing expensive power-ups. After that disappointment, wannabe witches and wizards around the world were left wondering if this was the best they were going to get out of a franchise which seems so tailor-made for open-world roleplaying.

And then the trailer for “Hogwarts Legacy” arrived…

As evident from the trailer, “Hogwarts Legacy” is an open-world action RPG which will be released in 2021 for Windows, PlayStation 4, PlayStation 5, Xbox One, and Xbox Series X/S. And, dang it, it looks awesome!

Now, listen, I really don’t want to get overexcited. This game is being published by Portkey Games - the same company involved in the creation of “Hogwarts Mystery” and the Harry Potter version of “Pokémon GO”. This doesn’t exactly inspire heaps of confidence. I would have much rather seen a label such as BioWare attached to the project. With that said, the trailer does leave me cautiously optimistic. Not only does it look beautiful (although you can never be sure how much of that translates to the actual game graphics) but it seems to heavily emphasise the player’s ability to influence the story.

One-thing that worries me is just how “open-world” this is going to be. Of course, in an RPG you want to give the player freedom but you can have too much of a good thing - or so I’ve found in games such as “Skyrim”. This is just a personal opinion but I like to exercise my free will as a player within the confines of a compelling story. Just running around and discovering every corner of a large map while doing oodles of side-quests unrelated to any sort of plot becomes tedious for me very quickly. Perhaps I have been spoiled by games like “Dragon Age” and “Mass Effect” (which, if you haven’t played, you should).

What we know about the story

Thankfully, a plot and a clear end-goal do seem to exist. According to the project’s website, your customisable character in the game has been accepted late into Hogwarts and they’ve discovered that they have super-mega-foxy-awesome-hot magical abilities and can master ancient magic. In other words, you’re a bit of a Mary-Sue. What you do with that, however, appears to be up to you because the game has a morality system so you will be able to choose a good or evil path. The object seems to be to either protect the dangerous secret you carry or decide to go to the Dark Side - because, you know, they have cookies. All of this is, of course, extremely vague but it comes with the rather bold statement that your choices will influence the fate of the wizarding world. But, um… will they?

Here’s an important piece of information: this game is essentially a prequel. It’s set in the 1800s, long before Harry’s time. If you like RPGs where you can look towards the future at the end of the game and wonder what it will bring, if you enjoy a somewhat open end with room for more adventures… I don’t know if “Hogwarts Legacy” can deliver that. On one hand, the story is set far enough in the past that it allows for a completely independent narrative. On the other hand, it means that the player’s choices can’t really change too much because the future has been set in stone by the original books. Of course, there’s a reason the game can’t be a sequel. Allowing anyone who’s not J.K. Rowling to play with the future of the wizarding world sounds like a bad idea. You have to leave her the power to determine what happens after “happily ever after”, even if the result is her deciding to acknowledge “Harry Potter and the Cursed Child” as canon. I know - Ouch! - but it’s her right. On the plus side, seeing Hogwarts in the 19th century could be a truly fascinating experience. It’s a great century for escapism - it’s just modern enough to feel familiar but just distant enough that you feel transported. It’s certainly better than if they had decided to finally make the game into that Marauders prequel everyone has been begging for.

Just to further clarify, J.K. Rowling is apparently not directly involved in the creation of this game. This is a fact that may be important to some people for various reasons. To me, personally, it doesn’t mean anything one way or the other. Yes, it’s her world and she’s good at building and expanding it but it’s a different century with, presumably, brand new characters. There’s no danger of making anyone out-of-character as a result of failing to consult the author, not to mention that, as we’ve seen (ahem, “Cursed Child” again), involving Rowling in no way guarantees that everyone will behave like themselves.

All in all, for the time being… I think I’m inclined to be low-key excited. I think there’s a good chance I might be buying this game, despite what is expected to be a rather hefty price tag. At least it will help me get some use out of my recently neglected PS4.

Fiction writer and an incurable chatterbox.

See all posts by Yana Aleks →