by Chloe Gilholy 2 years ago in product review

This brings back memories 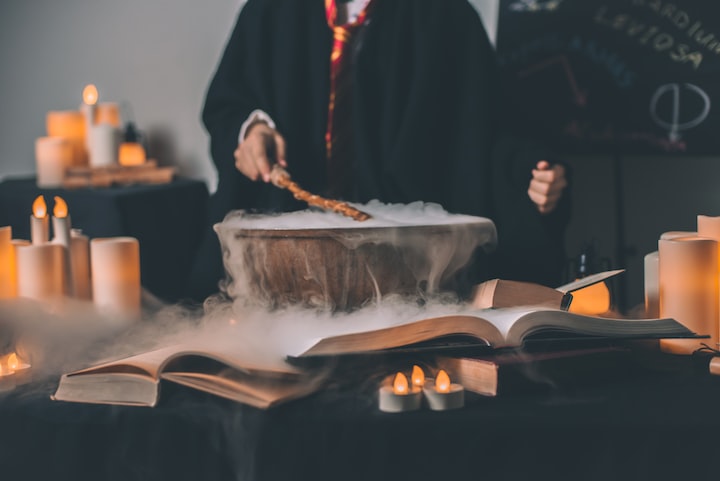 Photo by Artem Maltsev on Unsplash

This was one of the games I reviewed on Ciao back in the day to celebrate the 20th anniversary of the Harry Potter series. Whilst I'm still shocked and appauled by the original author's stance on transgendered people. It does hurt that an author of a series that I admired and looked up to turned out to have problematic views.

Being an old game for a console that is now out of production, the prices are fluctuating. And I can see this becoming a collector's item for retro gaming fans and Harry Potter fans. As of now Amazon is selling a copy between the enormous range of £3-£80 and that's excluding shipping. On eBay you can get it under a tenner easily with free shipping.

Harry Potter and the philosopher's stone is a single player game for the PlayStation one based on the novel by J.K Rowling. Now this series is so famous that it has a Lego game dedicated to Harry Potter. I don't see the magic dying anytime soon. There's been a lot of Harry Potter games out there and this was one of the first ones I've ever played. I remember renting it at blockbusters and eventually owning my own copy.

One thing I've always remembered about this game is the sound and the soundtracks. The music is enchanting and suits the atmosphere of the world quite well. The sound effects are easy to remember because they and make an impact.

The voice acting seems to fit the characters, the only thing I didn't like the voice of Harry Potter. This is mainly due to the lack of talking. We see so many voices from the none playable characters and the narrator in the cutscenes, but we hardly hear Harry speak in this game. I've never known Harry to be mute, they fix this in the game's sequel though.

The graphics are simply terrible, but they are colourful and passable for its time. When I was a kid, I used to think the graphics are amazing. I the nostalgia is blinding me as I can see some of the faces in the people are flat and the shapes are odd, but they're fully dimensional and have lots of detail and colour. However, it dosen't change the graphics in general are poor, regardless of how my nostalgia might kick in and try to defend them. They simply can't be defended. At least the scenery is nice though.

Though it captures the look of Snape well, it's also weird in one scene where you're being chased by a troll you see a close up of Ron looking at the troll and he's smiling at the troll as if to say check you out!

The game consists of eating chocolate frogs, casting spells, collecting jelly beans and cards. jumping on platforms, outsmarting trolls and playing a plethora of mini-games. Whilst keeping the spirit of the Harry Potter books. The majority of it is pretty easy and it can be completed within 5 hours.

I think it's got good replay value too with so many mini-games and with the cards to collect, if you miss any out, you can always try again. I've always tried to get all the cards for the game as it unlocks a secret ending where Harry faces a third quiddich match against Slytherin. Out of all the mini games, I like the quiddich one the most and I was glad to see that it got to become it's own game later for the gamecube and Playstation2.

The game uses full use of the the games buttons. The options are quite decent with a choice of three languages to play in (English, French and German) and you have three save slots available.

I also loved how Peeves and Nearly-Headless-Nick play a very active role in this game. They're in this game more than the movies but I really loved seeing them. Peeves makes me laugh. It's a shame he was cut out of the movies. The story is great and most of us, especially die-hard fans know the stories off by heart.

The electric scar on the upper-left corner is your health point bar. If all your health is gone you faint and you are taken to a picture of Harry talking to the school nurse, Madan Pomfrey. You can recover health by drinking potions and eating chocolate frogs.

Red books are saving points. Blue books are hints, but sometimes hinders as well. When you reach the final boss of this game look at Voldemort's health bar: the face on it reminds me of a bold version of Donald Trump for some reason.

It's not the best game out there I know. The graphics let it down a lot, but it doesn't stop me from enjoying the game. It's a good part of my childhood and it is one of my favourite games to play on the play station system. Overall, if you're a fan of Harry Potter it is worth getting this game.

Read next: How To Build Huntress in The Pathfinder RPG