by Angela Derscha 2 months ago in nintendo

Mental health with a new perspective. 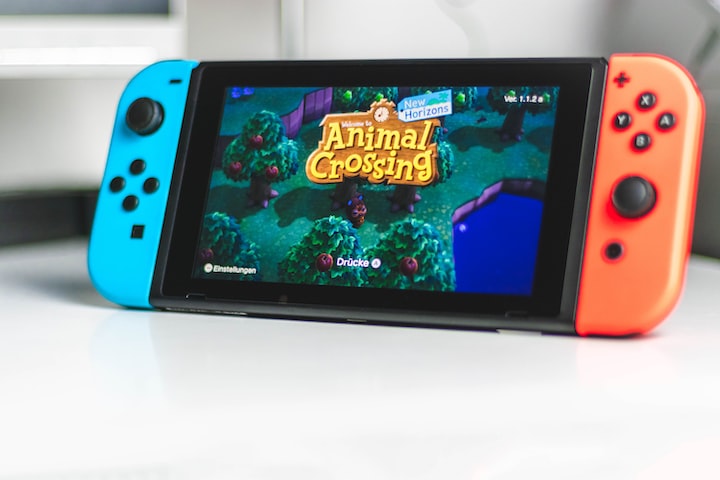 Ever since I was a child, I have been obsessed with video games. It didn’t matter what the genre was; I played a little bit of everything. RPGs, Racing games, horror survival, 2D platforms, you name it, I was dabbling with it at one point or another. The first video game console my siblings and I were introduced to was the NES or Nintendo Entertainment System released on July 15th, 1983. My eldest brother actually had an Atari 2600 before coming into money to buy his first gaming system, which was the NES. By the time he purchased a Turbo Graffix 16, he had donated the previous console to us in the middle 90s.

After about a decade of continuous play with various Nintendo products, the GameCube became a thing. Quickly growing into a household name among kids, the family-friendly company began partnering up with the now multi-trillion dollar company McDonald’s. After this, their consoles began appearing in the play areas of the restaurant for children to be entertained while their parents ordered food.

To see more about the history between these two juggernauts of family customer service see the link below:

Between the 90s and the 2000s, the in-store consoles consisted of N64 and the Gamecube. During which time I was introduced to the one true love of my life: Animal Crossing. This life simulation game was one of the few games available on the play place systems at the time. We frequently went to McDonald's for food, so naturally, we played on the GameCube there a lot! Eventually, the machine was removed due to lack of interest in an outdated console and I forgot all about the charming game.

Years later, my brother and I were in a Hollywood Video store and asked the clerk about a game we had been searching for involving moving to a town full of animals and getting a house from a raccoon guy. He told us it was called Animal Crossing and that it was available on the GameCube. I had recently gotten one for my birthday from my sister, so we bought it. I played it again for the first time and fell deeply in love. That disc followed me through the release of the Nintendo Wii in 2006 and Nintendo DS back in 2004 before it was stolen when I moved out of my apartment. I never played Wild World or City Folk, so I got behind on my beloved game series.

The Nintendo 3DS came next in 2011. And with it, a new generation of video games, including Animal Crossing: New Leaf.

My love was shortly rediscovered! So many new and fun things to do, people to connect with, endless hours of shopping, and more. I was thrilled. I played it for about five years and sunk approximately seven hundred hours into the game save. I kept it to this day with no thoughts to start over. In this cartridge was my obsessive history, but also, my remedy. I realized it wasn't just a fun game all these years, no it was therapy for me.

After living as a working adult for several years, and even longer dealing with clinical depression, I felt the crushing weight of reality. Bills to pay, everything is expensive and inconvenient, and I'm only on this Earth to work and give away my hard-earned income. It was a bit much, and sometimes, I still have those feelings. But when I played Animal Crossing, that stuff didn't matter anymore! I could fish, chop down trees, catch bugs, plant and tend to flowers, and talk to my animal friends all day as much as I wanted to. Work and my financial issues were melted away by the sweetness of a colorful, simple video game.

I didn't have to focus on my problems anymore; I was free to be myself again. Even the most mundane task became so crucial to these fictional characters that loved me. I could give them a gift on their birthday, do a chore for them, play hide-and-seek, play tag, or heck talk to them, and it was enough. The idea of being a person who invested time in others was fantastic! They would shower me with pet names and gifts, and adorable letters. Truly my best friends. Unfortunately, all goods come to an end.

Eventually, the online compatibility for the 3DS died, and with it, my ability to play New Leaf efficiently. I did not lose hope. I knew there would be more, but it would take a long time. And my hope was realized! On March 20th, 2020, Animal Crossing: New Horizons came out.

Due to the uprising of the well-known pandemic, it became a mega-hit. Mainly because of people becoming more socially distanced and unable to enjoy the simple things in life. Like celebrating Halloween

ringing in the New Year

or listening to a concert with good friends

it is because of these reasons that individuals can feel like things are moderately normal. These events are essential for overall mental wellness! That is why I have an exuberant amount of hours invested in it. If you don't believe me check it out:

I have no outside life now, I admit, but these hours have been productive from a gameplay standing. No matter how sad or lonely it seems, I don't regret any of them! I will continue to play this game until there is nothing left for me to do or until I die. Whichever comes first.

If you enjoy my work and would like to see more, please leave a heart. If you're feeling generous, a tip is appreciated but not necessary. More stories/articles are on the way, so keep updated by checking out my author page right here

Twitter @angied7592. Long time lover of literature. Obsessed with adorable animals and coffee I spend my days playing video games with my brother and fiancee. I got a medium account too https://angeladerscha.medium.com/ check it out.

See all posts by Angela Derscha →