by Theo James Taylor 8 days ago in table top

Giving New Life to Your Dungeons and Dragons Characters 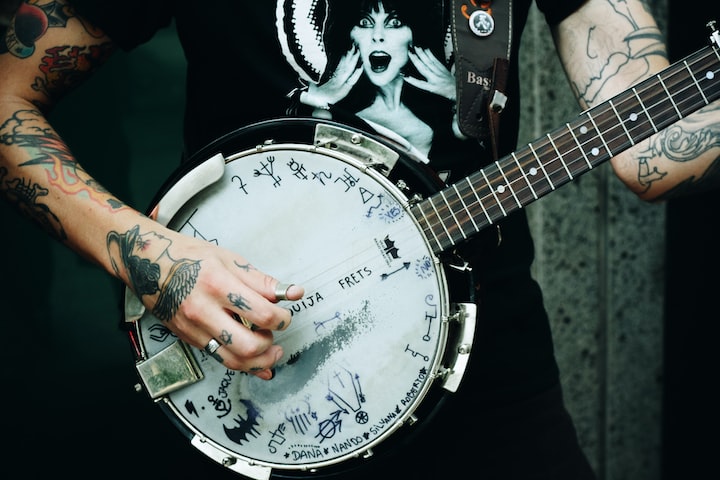 We’re back for a second series! If you haven’t read the original “5 Backstory Ideas for Your Bard in Dungeons and Dragons (D&D)” you can find it on my profile here on Vocal by clicking on my username at the top of this article. In this second series I’m providing some more unique ideas specific to characters I have designed. Instead of focusing on simple overlays like ‘A Jester’ or ‘Entertainer’ this will be a small write up on 5 characters that might give you additional inspiration on your own character, and hopefully help you to write something unique and interesting to play in your own game.

For each of these ideas, I’m gonna to focus on a particular facet of the bard that I like the most. Something that I think gives the character life, or a piece of a character that I think is truly unique to build a backstory around. So, without further ado, let’s jump into 5 unique backstory ideas!

No! Not that lame TV show. For many, the Voice embodies who the bard is and what they do. Whether it is the lyrics of the melody of their songs, perhaps the speeches that they give to inspire their allies and strike fear into the hearts of their foes, for many bards it is their voice that allows them to do so. But perhaps the voice that you carry is not your own, perhaps you are not in control of the power that you wield. The Voice could be a curse, or it could be a gift. Either way your character is possessed or inhabited by an entity they do not understand. But, when the situation calls for it they can release their true Voice to the world. A voice that calls upon magic, upon creation. This otherworldly voice can manipulate the world with a word. Where did it come from? What is its purpose? Why does your character have this ability? All of those questions are up to you.

From a young age your character knew that the Voice was not their own, but when they needed it most, something began to speak for them. Something began to use your body as its mouthpiece, to speak words of magic, to sing songs that drove others to glory or ruin. Whether your character appreciates this power is up to you. Whether they try to fight against it, to get rid of it, or whether they’ve accepted that this ‘thing’ that is inside them is for their own protection, those are questions that drive you. How this Voice appeared, how it manifests, how it plays with the rest of the world are questions to think on or discuss with your DM! Either way, having the origin of your power be something mysterious that protects you, or maybe even takes over your character can give you an interesting facet to the Bard that might not have otherwise been there! Run with it and be creative!

You are not just an entertainer, you were born for the spotlight. In your area of the world you are well known, people know who you are, for better or for worse when you show up in town. Perhaps you are well known in the region for the plays that you write, for the songs that you sing, or maybe you’re even a famous actor or orator, giving performances from tavern to tavern that leave you with glowing praise. Whatever it is that has propelled you to stardom, to praise, to fame, it has not left you satisfied. You didn’t grow up simply to be well known, you want to be the best. You want to leave a legacy, to be remembered. You can’t do that with simple tricks, with a performance in a bar or tavern. You want to play in front of the king. No! In front of the Gods themselves.

Your character strikes out on adventure to become powerful, to find magic and spells that could create the show of a lifetime. You struck out to write the story of the greatest band of heroes that ever lived. Maybe you grew up on the stories of travelling bards and you don’t just want to hear the stories, you want to live the stories, to be THE story. No matter where you go you strive to be the center of attention, you try to make allies in every room, to be distinct, to be persuasive. The important part of being a star is being remembered. Try and come up with an ensemble, with a catchphrase, for a reason that when you enter the room others light up because of you. And remember that a Star’s downfall is their pride and vanity. What will your character do to be the very best? How far will they go to be a legend? What are they willing to sacrifice to be remembered?

You aren’t like most bards. You aren’t the center of attention, aren’t the one making everyone laugh. You aren’t here for joy or celebration, to bring light to other’s lives. You’re a whisper in the night, the shadow in the corner. You’re the one who passes from group to group, learning secrets and trading gossip and yet never giving enough away about yourself for anyone to remember you when you’re gone. Maybe you don’t track through the shadows like the rogue, but you leave no trace. You’re unmemorable on purpose, flitting between the court like a leaf in the wind. You use disguises, you blackmail courtesans and you don’t leave a single memory behind. The reasons for your escapades? Only you know that, only you know what’s driven you from the limelight. Only you know what’s broken your heart, forcing you into a life where attachment is a weakness. Was a weakness. Until you met the party you’re in now.

The whisper is a master of disguise, manipulation and deception. You use the accoutrements of the bard class as ways to manipulate your enemies. You pick skills like Deception over Persuasion, Disguise Kit over and Instrument and Stealth over Performance. The Whisper may have been driven to their life or they may have chosen it. Either way, determine what brought you to the edge, what brought you to be so heartless, to choose a life without praise or glory, something so strange for a bard.

In some cultures, bards or skalds were ones who collected stories, teachings to pass on from one generation to the next. That these people were entrusted by the community and the world to be living history, living knowledge. As the lorekeeper it isn’t simply your job to collect history and tales wherever you go, it’s to be wherever history is being made. Perhaps you are with your adventuring party because you have sensed that they will be the center of some grand event. Or maybe you saw it in a vision or a prophecy. Either way you have joined with these heroes because you know that the tale must be told, and that the truth of what will happen must be known.

Or maybe your purpose in placing yourself within the story isn’t so noble. Maybe you know what the outcome is supposed to be, maybe you know how history is supposed to be written, but you are actively trying to change it. Maybe the history isn’t to your liking, maybe it involves sacrifices you aren’t willing to make, or maybe the outcome leaves great evil in charge of the world. Maybe you’re the only one who can fix it. By knowing the future maybe you are the only one capable of changing it. Maybe your character doesn’t just know the history, maybe they’re from the future, and they’ve been sent back to fix the wrongs that plague their present. Talk to your DM about this possibility of course, but the Lorekeeper can be played in many ways!

Bards are often storytellers, and stories are often thought of as being alive, of being brought to life by the ones who tell them. Sometimes a story is a way of keeping the memory of someone alive, other times a story is about reinforcing an ideal or a purpose. Whatever the case may be, you are a story. Your character is a story made flesh, either because enough believed in it, or enough people shared it. The only problem is that you are changeable, your character changes every time someone tells the story differently, every time the story changes so do you. This idea can be as simple or as complicated as you like it to be, and it can be an amazing way to work with your DM and make your story flesh. Perhaps your character is the Manifestation of a story about peace, and now your character ( the main character from the original story) has appeared on the Material Plane to carry out the story that’s been told.

Does your character have their own free will? Do they even know that they aren’t entirely real? Do they know that their own story is written down? How do people react when a character from a well known story appears to be made flesh? These are all fun hooks to work within when making your character. Furthermore, think of the logistics to your character. Do they remember before they existed for example, or did they just appear in this world thinking they have always been here? This idea allows for a fun take on what a bard could be, and a fun story within a story as your character must decide if they have to follow the tale set out for them, or if they are masters of their own destiny!

I hope you enjoyed these ideas, and they got your own imagination flowing! If you liked this article, toss me a like or a tip (helps pay for my coffee). This is part of a series of backstory ideas for each class.