by Neal Litherland 8 months ago in rpg

Barbarian. As soon as we hear the word, an image comes to our minds. A tall, muscular figure with a primal might about him. A figure of nearly animalistic strength, the barbarian is unbound by modernity, and unshackled by the worries and fears of lesser men. However, while this archetype looms large in roleplaying games, barbarian characters don't need to fit this mold. They can grow and change in unexpected ways. If you're looking for ways to make your barbarians more memorable, and to reach beyond the typical limits put on the class, this guide should help get you started.

It should be mentioned that, while these tips are geared for use in the Pathfinder RPG, they may be useful in other games as well.

Also, if you like this list, you might want to check out the other classes I've covered so far. All the lists have been collected in a single archive at the link 5 Tips For Playing Better Base Classes (The Complete List).

Lastly, if you're looking for more great gaming insights, check out both my Gamers archive here, as well as my gaming blog Improved Initiative! 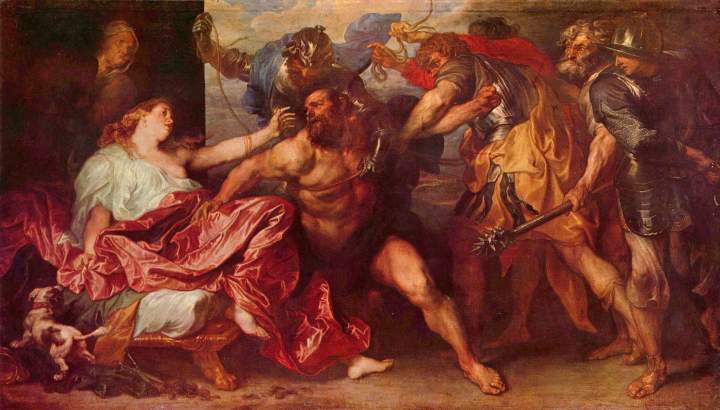 It can take many forms.

The Rage mechanic is the central power that comes with the barbarian class. It increases your Strength and Constitution, and makes you harder to control with certain magics. In this way, it's a great example of the muscle vs magic setup of the sword and sorcery genre, which first popularized the barbarian hero in the form we know today.

With that said, though, Rage can take many forms. It might be the frothing, uncontrolled frenzy of the berserker, but it could also be the absolute calm of a juggernaut. One barbarian might let loose a howl of bestial fury, taking on the fangs and claws of an animal, and another might burst into flames, burning from inside with wrath.

50 Shades of Rage: Flavoring The Barbarian's Signature Class Feature has a lot of options for players looking for a unique spin on this class feature.

When we think of barbarians, we tend to think of those who live away from cities, and the settled parts of the world. Those who test their mettle against nature in the depths of baked deserts, or on the windswept peaks of harsh mountains. However, as it says in the class description on page 31 of the Core Rulebook,

"These brutal warriors might rise from all walks of life, both civilized and savage, though whole societies embracing such philosophies roam the wilds of the world."

So, while tribal hunters and spirit warriors are quite common within this class, those are far from your only options. As you see in character concepts like The Unexpected Barbarian, it's possible to build a crown prince whose skills lie more on the battlefield than in the court, or a duchess whose old blood runs hot and strong with the power of her family's founders. Several such characters appear in 100 Nobles to Encounter, for instance. It's also important to remember that common folk, from farmers and miners to woods guides and city watchmen, may all have the heart of a barbarian beating within their breasts.

Barbarians can come from anywhere... so where did yours grow up?

Barbarians can't be lawful, but other than that they don't have any alignment restrictions. The question facing you, though, is what philosophy guides your character?

The classic version of the barbarian hero is a kind of noble savage. Someone who's philosophy is pure, and unhindered by the compromises and sacrifices of a more civilized soul. Someone who keeps their word (often going to extreme measures to do so), pays their debts, and does right by their allies. Of course, nowhere is it written that your barbarian has to act that way.

Ask who this person is, beyond their class and abilities. What drives them to seek battle? Does their head tell them to walk away, while their heart begs them to pull steel, as we see with the North Wind Ravagers in A Baker's Dozen Pieces of Lore? Do they fight for their people? Their friends? Themselves? Their gods and ancestors? For gold? All of these are options, but you need to know what it is that really drives this character in order to truly understand their goals. Some barbarians may well fight for the sheer, adrenaline-pumping pleasure of the slaughter, but others may refuse to reach for their blades unless there's profit in it. If you're good at something, never do it for free, which is why so many freelance outfits in 100 Random Mercenary Companies always keep an eye out for barbarian recruits.

Tip #4: What Does The Weapon Say About Your Warrior? 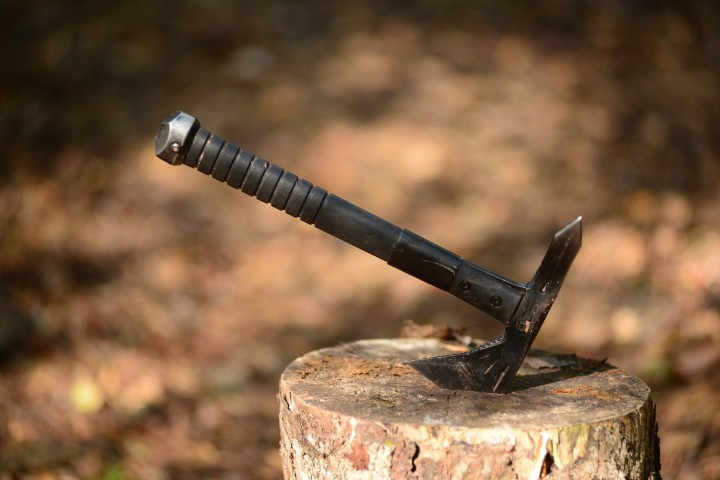 Barbarians, as a rule, tend to deal in violence. With that said, what weapons they wield, and how they choose to wield them, can make a huge difference.

Say, for example, the character is all about power. The greatsword, the greatax, or the bastard sword are likely weapons for that character. Especially if they're backed up with feats like Power Attack, Furious Focus, Cleave, and others that maximize the damage you can do swinging a big, powerful weapon around. On the other hand, your character might focus on getting the greatest number of attacks, wielding lighter weapons with greater speed. A barbarian might use a shield for both attack, and defense, showcasing a philosophy that everything, if used properly, is a weapon.

There's more to the decision than which weapon you use, though. As What Does The Weapon Say About The Warrior? Tips For Writing Fighters in Your Fiction points out, how someone fights tells you a lot about them. That particular fighting style may be unique to a particular clan, or it might show that the character once served with a particular army. It might also tell you things about the fighter's personality. Does he like to get close, and slay enemies in a single blow? Does he prefer to cripple or daze enemies, leaving them alive? Does he fight individuals more effectively than groups, suggesting he may have fought in many duels, but few all-out battles? Or is it the other way around?

No one in this world can you trust. Not men, not women, not beasts... but steel? This you can trust.

Suspicion and superstition are one of the age-old traditions that come with the barbarian archetype. A leftover from their time in sword and sorcery, when only villains and monsters wielded the powers of magic. While there are Rage Powers that fit that archetype, such as Superstition, which gives you bonuses on saves against spells, it is by no means universal.

But it does ask the question; what does your barbarian trust? Or distrust, as the case may be?

For example, has your barbarian been taught to distrust outsiders? Whether that means people not of your tribe, or people outside your family (particularly if your barbarian is of a noble lineage) is up to you, but it's good to know who he would treat with respect, and who he would actually trust. Has your barbarian been taught to be suspicious of holy men, particularly those who pray to strange gods? Does he trust wielders of the arcane arts, viewing them as learned scholars whose societal position is higher than his? Does he think of tale-tellers and diplomats as weak, unable to stand up to their enemies with steel? Or does he view them as gifted men and women, using quills and oaths, so that swords may stay in their scabbards?

The options are endless, but it's good to think about them so you know the person you're going to inhabit for your game.