by Kate Nitzschke 11 months ago in first person shooter

How not to die so much. 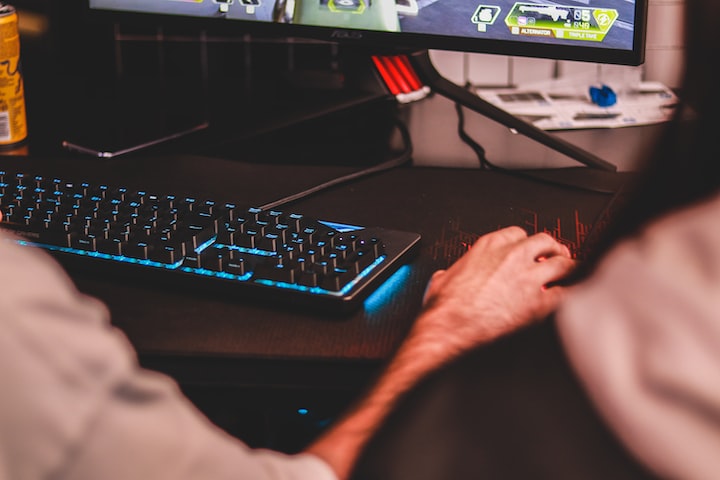 Photo by Emmanuel on Unsplash

You may have died so many times you think you suck at this game. You may also be mistaken. Every video game, much like every skill in life, takes quite a lot of practice to get good. More than that, you may have been missing out on having the basic skills down. The firing range will always be there for practicing how to shoot. This is especially true if you know how to turn the dummies into live shooters, making target practice much more realistic. Chances are, you have played so many games you have good aim but low confidence. Not only that but it is time to revisit the basics.

1. Drop in the same location(s) every time

Learning the map may be the obvious first step to victory. You may think you already know it inside out, but there is always room for review. Whether it is Worlds Edge, Kings Canyon, or Olympus, each map is large. If you can memorize some sections in particular they will make great defensible locations for battle. You will know where things are, but it is much more than that - you will learn where enemies are likely to attack you from. By landing in a few spots each time, each of these details will fall into place.

2. Run through games with an experienced friend

As you learn the map, start to learn different strategy's. I began significantly improving in Apex Legends while working on my tactics with three experienced friends. The practice was most effective when they said loot this, stand here, hide here, shoot there, and run to that location. It created a pattern in my brain where I could visualize what was going on. Now that I have started to get those routines down I shoot better as a result. I also die less often, knowing when to pick a fight.

3. Attack as a third party from the best angle

Here are some “don’ts” - Don’t run across an open field to attack another party who sees you, Don’t chase down someone who isn’t worth it, and Don’t get caught between two squads. The best scenario I have faced is when a lot of fighting is happening so you can retreat in the chaos. In a scenario I had with both squads distracted fighting each other, two members of my squad were knocked and could crawl to safety. We got picked up, snuck into the building, and picked off the two teams still fighting. We didn’t have any issue recharging our shields, applying med kits, or having an advantage for the end of the fight.

Sometimes you are in combat, unable to disengage. While one or two members of your team are shooting, duck and recharge your shields. You can watch the health bar of your team mates, and will notice that as you get back into the fight another member can hide and recover too. By covering each other, those few moments of healing up can win the fight. That is partly why being out in the open is so difficult because there is so little time to recover. Then at the opportune moment you can push forward and deal the final blows to the next team. This is possible in an open field with minimal cover, but much more difficult because it leaves the team vulnerable to getting third or fourth partied.

5. Be conscious of cover for combat

I had a common scenario happen where my teammate was pushing so hard that they were halfway across the map before I could catch up. Clearly they were after kills, and miraculously squad wiped two parties before I caught up to them. Unfortunately, their demise happened when they saw a group of three and attacked in an open field. With no cover, they couldn’t evade bullets at all. Sometimes there will be a lucky break where you are head to head with an opponent who gets knocked right before you do. This is pushing luck though, because if you can’t duck then you can’t charge even one shield. That will always make or break the fight, even in moments of desperation at low health.

Bonus Tip: Know the role of your Legend

This one helped me to improve my game play significantly as well as my ability to understand how my team will perform. Each Legend has different special abilities that should be used. While some characters are naturally offensive, others are purely defensive. Some are support based, while others are trackers. If you play a character that can scout, such as Crypto or Bloodhound, scan survey beacons and enemies. If you play as Loba, your job is to ping high tier loot and set up the Black Market at convenient times. Wattson shouldn’t charge into battle - she should be setting up fences and her ultimate. Wraith will usually be pushing, taking the lead for the party. Identify the role of your Legend, then play that role very well to help navigate your team across the map. It increases their effectiveness as a team member, which is very important in a team game.

By the end of this article I hope you have recognized specific behaviors that you could be practicing. The more you read patterns such as the role of your Legend the better. As you gain confidence, remember that it is built from having your routine. Recharge shields, take cover, and spot patterns in familiar locations. Play offensively with an offensive character, or play the role of support with a defensive character. Knowing when to push or when to retreat and let the enemy come to you will develop with practice. If you found this helpful, please check out my blog.

Hey! I'm a gamer, who also works outside for a living, who also likes to write about personal growth. Thanks for visiting my blog.

Receive stories by Kate Nitzschke in your feed
Kate Nitzschke
Read next: 7 Reasons You Should Make Gaming Your New Hobby