by Matthew Devlin 9 months ago in Humanity
Report Story

The truth about truth. 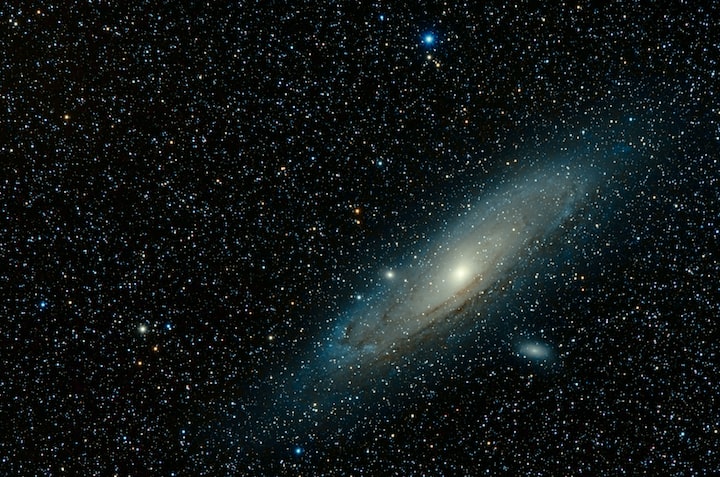 Photo by Guillermo Ferla on Unsplash

Knowledge fosters truth and truth feeds reason. The ultimate goal of philosophical analysis should then, therefore, be the development of reason through the revelation of truth. Truth, though, requires continual development, because although certain knowledge may seem like a universal truth, universal truth only comes with complete understanding of all things, all elements, and all the intricacies of existence. No one can claim to possess universal truth, because no one, as far as we know, is universally aware.

There is evidence supporting something as universal truth, but the unknown and the chaotic can generally interrupt evidence. While some of us tend to believe that what goes up, must come down, this is not always a correct assumption. Any number of factors can assure that what goes up does not come down. For instance, what goes up might end up suspended in a tree. It is a prisoner to gravity, of course, but it did not come down, as this proverbial “truth” implies.

Now, I am not going to challenge the value of Newtonian physics or question the controls of gravity, but though we view gravity as a constant, the one enduring force in the universe, we possess very little understanding of gravity. For everything we do know about gravity, there are ten things we do not know. This lack of knowledge, of course, expands beyond gravity. The closest I think we come to universal truth is in the science of decay. All things seem to degrade with time, becoming particulate matter. It is in the fact that all things become particulate matter that interrupts the universal truth of decay and degradation.

Decay is a process that helps one incarnation of matter reform into another incarnation of matter. Radio waves can decay into meaningless sound, clicks and ticks on the radio dial, but they are still, in small ways, the same radio waves. Certain characteristics remain. Noise from the Big Bang, for instance, was detected as a hollow drone on a radio telescope. I cannot claim to understand the science behind the identification of this drone as a sound from the creation of the universe, but the fact that the sound of the Big Bang still resonates throughout the universe speaks to the persistence of radio waves. Of course, whether or not that is actually sound from the Big Bang is largely theoretical. Most of what we understand, or claim to understand about the universe, is indeed theoretical. Einstein, when he penned his theory of relativity, did not know that evidence would later be revealed that the speed of light may actually be slowing down.

That fact alone should demonstrate that universal truth is indeed tentative. Truth, dear reader, might actually be just another step on the road to complete understanding. The value of truth is found in its ability to foster reason. If you are constantly seeking truth, and accept the fact that truth is but one link in a chain that leads to greater understanding, then you are serving the development of reason. It is when your mind becomes complacent, and no longer questions the nature of life and all that exists, that reason tends to vanish. In this regard, philosophy is not just a love of knowledge or the mere pursuit of understanding, it is vital to the growth of people and the societies in which they live.

Unfortunately, the belief that we have attained universal understanding and possess universal truth has stopped many people from questioning the nature of their existence, therefore stalling the advancement of knowledge. Of course, great strides have been taken in the scientific community; endeavors to understand the dynamics of the universe, attempts to read the weave of space and time, and efforts to gain physical control over all things. Some are even trying to overcome death by uploading their consciousness into computers. The snake oil salesman who attempted to sell people an elixir of immortality was pitching a better product than the mind uploaders.

Transferring data between computers is simple, effective, and about as commonplace as the nightly news, but human beings are not computers. Though our brains are similar to computers, there is a margin of difference between the human mind and the computer database. No matter what you read in science fiction, computers cannot duplicate human emotion. We likely do not understand enough about human emotion to properly program computers to effectively generate the mix of feelings, desires, anxieties, etc., that we all experience. Moving your mind, your memories, to a computer is somewhat paradoxical. For instance, if you upload your consciousness when you are still alive, then the computer possesses your consciousness, but then so do you. Your consciousness, in those few seconds after the upload, has already changed, and the consciousness inside the computer, if it is allowed to develop further, has also changed. Your experiences after the upload are unique to you, just as the computer’s experiences after the upload are unique to it. What has been created, then, is a new consciousness that will never be you. It will never be you because science does not know what exactly makes you you.

The “you” question is the one that philosophers have been trying to answer for years. One philosopher says that we exist simply to propagate the human race; another says we exist to further human knowledge, and yet another says our existence is purely a fluke and our lives, all that surrounds us, is meaningless. Philosophy along these lines has often resulted in an analytical dead end. It has reached, as a teacher of mine once said, the point of no longer caring.

I suppose you gain a certain amount of freedom when you no longer care about seeking truth. Indeed, there are even philosophies that stem from the desire to do nothing, think nothing, and learn nothing. Nihilism, for instance, is not so much a belief as it is a lack of belief. It is a bit of a tautology, really. Nihilists believe that life contains nothing of value, or that the values of society are meaningless. They believe that morality is non-existent and that the norms of society do not apply to them. They believe in nothing, yet their belief in nothing is indeed a belief in something.

If I asked you to picture nothing, you might conjure an image of blackness. Blackness, though, is something. Blackness exists, and existence is the opposite of nothingness. Conversely, you might view nothingness as an open white space. This, too, is something. The featureless white space exists, if only in your imagination. It seems silly when you think about it superficially, but it becomes more profound the deeper you ponder this concept of nothingness. And yes, it is a concept. Human beings have never identified or codified nothingness, other than as a concept of void or non-existence. Even the dark space between planets is not a complete void. Space has characteristics. Space, for instance, is cold. Space is dark. Space is a vacuum. The fact that we can apply characteristics to space tells us that space exists.

Ordinary people can be perplexed by the Big Bang because they do not know what came before the Big Bang. Was the universe really void? Since we cannot codify or apply characteristics to non-existence, other than its complete lack of existence, we cannot imagine what existed before everything else existed. Some would say that gravity did indeed exist before the Big Bang, but then they do not know for certain, and what comfort does that bring an ordinary human being? Gravity is a force, something that exists yet is completely intangible.

Through the science of physics, bodies in motion interacting with other bodies in motion, we can develop a cursory understanding of gravity, but we cannot claim to have mastered gravity. That gravity exists comes close to a universal truth, but when you consider how little we know about gravity, is it finite or infinite, we cannot claim to understand gravity. We exist alongside gravity, it is a co-existent force, but we are nowhere near complete mastery or complete understanding of gravity, therefore we are a victim to its uncertainty. This being the case, then we cannot accept that gravity is a universal truth. Does it exist within the entire framework of the universe? Does it exist across dimensions? Will it always exist? When you consider all we do not know about gravity, you see that our knowledge of gravity’s existence is not a universal truth, rather it is something which we moderately (that may be too generous) understand.

This leads us back to the roots of philosophy. There are aspects of nature, aspects of humanity that the ancient philosophers only partially understood. They engaged in analysis to generate more knowledge of their subject, and they used that knowledge to breed an understanding of the subject, therefore arriving at a truth about that subject; a single truth, not the whole truth. Philosophy then is not something that breeds universal truth; it is something that puts us on the road to possibly discovering those elements that possibly lead to universal truth.

Saying that human beings have hit upon universal truth and are close to revealing universal truth is pretty short-sighted when you consider how little we actually know. Imagine, if you will, that you are a Polynesian fisherman in the 19th century standing on the shores of some Pacific isles believing that you are the lord of your domain, and then sails appear on the horizon bearing a ship, a ship crewed by men unlike any you have ever seen before. A shipload of white men who will completely alter the depth and nature of your understanding, and forever alter your way of life. Empiricism unbound by imperialism.

The truth is only the truth until something occurs that reveals it to be untrue.

More stories from Matthew Devlin and writers in FYI and other communities.