by Dawn Nelson 11 months ago in Historical
Report Story

Scourge of the South Seas 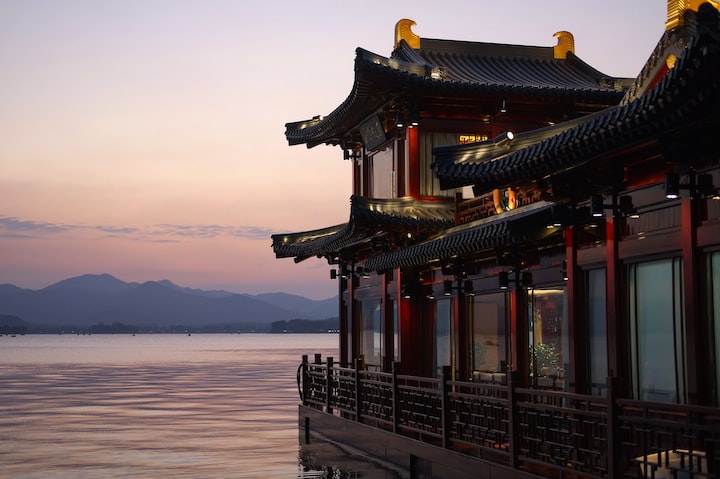 Photo by Art Chen on Unsplash

In the early 19th century, the seas around China were terrorised by a fleet of pirates under the control of one terrifying leader.

This pirate commanded up to 80,000 men on 1800 ships; took on the might of the East India Company, the Portuguese AND the Qing government; then was sentenced to death but later took amnesty and died aged 69 at home.

What was remarkable about this person was that she was a woman called Ching Shih, who outlived two husbands and gave birth to four children.

This is the story of how this former prostitute, pirate and scourge of the China Seas went from command of the Red Flag Pirate fleet to gambling house owner, salt trader and later military adviser.

Let us begin at the beginning. Ching Shih was born Shih Yang in 1775 in Guanzhou in the province of Guangdong, China. A prostitute, she worked in a floating brothel in Canton until she met a well-known pirate by the name of Cheng I.

Cheng I was from a pirate family stretching back centuries and when he asked her to marry him, Shih Yang accepted. No-one knows for sure why they married, whether it was for love or the fact that Shih Yang was renowned for her business acumen. Before she married, she insisted they sign a formal contract whereby she was to get 50% control of his pirating business and a share of all profits.

The pair adopted another pirate as their step-son and Cheng’s sole legal heir. The son of a fisherman, Cheung Po was born in Jiangmen, Guangdong in 1783. He was abducted by Cheng I in 1798 at the age of 15 and rose through the pirate ranks eventually becoming a favourite with the pirate leader. The couple also had two sons of their own: Cheng Ying Shih and Cheng Heung Shih.

Now known as Cheng I Sao (wife of Cheng), Ching Shih fully took part in her husband’s piracy. They formed alliances with other Cantonese pirate fleets forming a massive coalition consisting of 70,000 men and 400 junk ships. These they split into six fleets and coded them by colours: blue, red, green, black, white and yellow.

By 1804, the pirate fleet became a single entity known as the Red Flag Fleet. They imposed levies and taxes on towns and villages, and robbed settlements from Macau to Canton. They also captured and commandeered several ships.

Disaster struck on November 16, 1807 when Cheng I died in Vietnam, aged just 39. Realising her precarious situation, Ching Shih quickly manoeuvred herself into his leadership position and continued building the fleet.

By 1809 she commanded more than 800 large junks and 1000 smaller ships. Her crew consisted of more than 70,000 men and women and together they controlled the South China sea, raiding government camps and ships, and sailing into Chinese river towns and extorting money.

Shortly after her husband’s death, the canny Ching Shih also entered into a sexual relationship with the loyal Cheung Po and sought out the support of her late husband’s family to secure her position as commander.

In order to unite her fleet, Ching Shih (in some accounts it’s Cheung Po) issued a code of laws governing how pirates were to act. These were:

Anyone giving their own orders, that had not come down from Ching Shih, or disobeying those of a superior would be beheaded on the spot.

No-one was to steal from the public fund or any villagers that supplied the pirates.

All goods taken as booty were to be presented for group inspection and to be registered by the purser. It was then distributed by the fleet leader with the original seizer receiving 20%. The punishment for a first offence of withholding booty was a severe whipping of the back. Large amounts of withheld booty and/or subsequent offenses were punishable by death.

Apart from death, other punishments included flogging, clamping in irons or being hanged, drawn and quartered. Deserters or those who had left without permission had their ears chopped off.

Ching Shih and her pirates continued to capture ships and raid towns. In September 1809, her pirates captured the merchant ship, The Marquis of Ely, owned by the East India Company and took the employees hostage. The ship’s captain, Richard Glasspoole, went on to publish an account of his ordeal.

During his captivity, the pirates attempted to force him and his men to join them on raiding Little Whampoa in the Pearl River Delta near modern day Hong Kong, Guandong province.

He said: “I received an order from the chief to desire my men to make cartridges, and clean their muskets, ready to go on shore early in the morning, threatening to put us to a cruel death if we disobeyed his orders.”

He refused. The chief came on board himself and threatened that they would not be put up for ransom if they didn’t do as the pirates wished.

The following morning, the pirates attacked the town. Little Whampoa had a small fort and gave fire when the pirates approached. Sailors aboard Mandarin ships harboured at the town also gave fire, but the pirates were too strong. They raided the town, setting fire to it as they left and burnt it to ash.

Glasspoole witnessed several other raids and skirmishes before he and his men were released for ransom in December of that year…11 weeks and three days after capture.

Apart from estimating the size of the fleet, Glasspoole was able to give British authorities information about how the pirates worked.

“(They) seldom attacked European ships, except in a crippled state, or knowing them to be weakly manned: small vessels ought to be very cautious in allowing country boats to come alongside for the purpose of selling fish, or other pretences, when, in fact, they are endeavouring to ascertain their force, which, if they find weak, they immediately give information to the pirates.”

Many attempts by the Qing Government, the East India Company and the Portuguese navy to bring Ching Shih and her pirates to heel failed and they eventually offered her amnesty for her crimes. Her crew were given the opportunity to join the Imperial Chinese Navy rather than facing death.

In 1809, Ching Shih’s fleet suffered a series of defeats at the hands of the Portuguese at the Battle of the Tiger’s Mouth. At their final battle at Chek Lap Kok in April 1810, Ching Shih and Cheung Po finally surrendered and accepted the offered amnesty. And their men? Sixty were banished, 151 went into exile and 126 were put to death. The rest – an estimated 17, 000+ pirates - were freed to go after surrendering their weapons.

According to the Portuguese, Cheung Po became a captain in the Qing government’s Guangdong navy. However, other accounts - Yuan Yonglun’s Jinghai Fenji and Richard Glasspoole’s own account - suggest that the Portguese account of what happened to the Red Flag fleet was inaccurate.

And what happened to Ching Shih? After being pardoned, she negotiated for Cheung Po be allowed to keep around 120 ships for the purpose of setting up a salt trading business. She also arranged for him and other pirates to be given positions within the Chinese bureaucracy.

At the time, widows were not allowed to remarry, but she persuaded the government to officially recognise her as the wife of Cheung Po. In 1813, their son, Cheung Yu Lin, was born later followed by a daughter.

When Cheung Po died at sea in 1822, Ching Shih moved the family to Macau where she opened a gambling house. She continued with her salt trade business and in her later years, acted as a military adviser to Lin Zexu, then Viceroy of Liangguang, during the First Opium War (1839-42). Ching Shih died at home, aged 69, in 1844.

There is now doubt that Ching Shih was one of the most successful pirates of all time. In the early 19th century, Chinese women had few rights. They had no legal rights to property and were expected to stay in the home, bring up children and tend the home. Ching Shih broke the mould: she took herself out of prostitution, helped run her husband’s pirating ‘business’ and eventually became its leader. And when things got tough, she used her gifts of persuasion to save herself, Cheung Po and many others from death…even persuading the Qing government to keep some ships so she might set up a business. What a woman!

Dawn is a writer, journalist and award winning author from Scotland. She lives near Loch Lomond with her kids and numerous pets and is currently working on a couple of new book series.

More stories from Dawn Nelson and writers in FYI and other communities.