States With The Least Amount Of Wealthy People

by Jessica Bugg 11 months ago in Humanity
Report Story 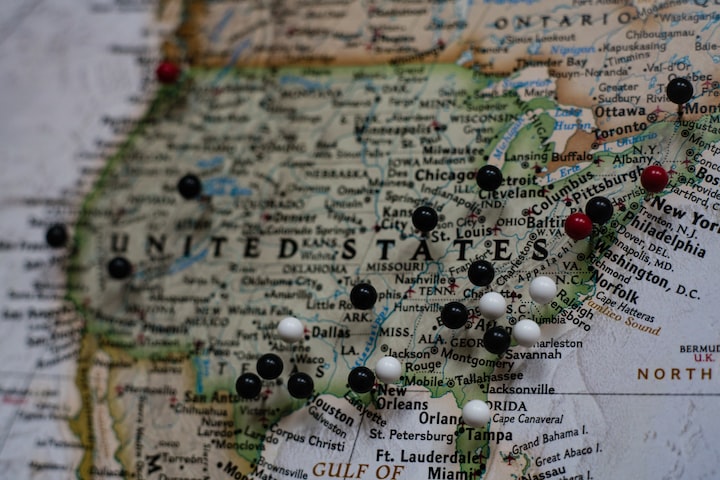 Photo by Joey Csunyo on Unsplash

Everyone is trying to attain the good life. And for most people, the good life means having dollars and lots of them. According to most sociologists, to be in the upper class (this is bottom upper) top income earning households you need to bring home 200K annually and if we are judging by net worth, you need a household net worth of $2 million to be considered upper class although this author believes that number is a little low especially if you are factoring in the value of the primary residence.

Today we are going to look at the states that have the least amount of wealthy people and we are defining that as states the have the fewest amount of residents either earning over 200K per year or a household net worth of $2 million.

Caveat: If you have been a longtime reader of mine, you may recall the explanation between relative wealth/poverty and absolute wealth/poverty. So just because some of these states have a lower number of “wealthy” people, several on this list have a low cost of living index so the money goes further than say in Ponte Vedra Beach, Florida.

Oklahoma: 4.9% of Residents Are Considered Wealthy

Smack dab in flyover country, Oklahoma is one of those states mentioned earlier that has a low cost of living. There is a huge Native American population and whether we like to recognize it or not, has a higher poverty rate. Coupled with a large amount of residents under 18, which pulls the average net worth/salary below our threshold.

New Mexico has one of the largest poverty rates in the country. 25% of the population in New Mexico works for the government in some capacity whether it is the federal, state, or local government.

Montana: 4.7% Of Residents Are Considered Wealthy

Montana has a sparse population and the two largest employment sectors are agriculture and forestry with a large remaining amount of the population working in the service industry in some capacity.

Kentucky: 4.6% Of Residents Are Considered Wealthy

See: All of my previous writing. Kentucky has the largest amount of real gold though, it’s in Fort Knox. 20% of the state lives below the poverty level and as someone who escaped, I mean used to live there, I think that number is actually super low.

Indiana: 4.5% Of Residents Are Considered Wealthy

Right next to Kentucky, we have the northern neighbor of Indiana which isn’t faring much better than the bluegrass state. I’m not really sure why Indiana doesn’t have more wealthy people, it may be because once you get some money, you probably end up moving from there. Except for my good friend Patrick who still lives there about half the year.

Idaho: 4.5% Of Residents Are Wealthy

Idaho doesn’t have a lot of robust industries to choose from employment wise so that contributes to Idaho making the list. Please note that this percentage is skewed upwards due to large influx of Californians who are relocating to Idaho.

Arkansas: 4.2% Of Residents Are Considered Wealthy

Arkansas has a large amount of government subsidy recipients and although it is the home of Walmart headquarters, just doesn’t have as many high paying jobs, coupled with an overall low cost of living, contributes to Arkansas making this list.

Alabama: 4% Of Residents Are Wealthy

Ranked 7th on the poverty rate list and almost 20% of the country living below the poverty line, Alabama is not known for being a haven for the uber wealthy.

With the loss of the coal industry combined with a little pill addiction problem, West Virginia has a lot of factors working against them. 17.5% live under the poverty line.

Mississippi: 2.9% Of Residents Are Considered Wealthy

This list is an interesting look at the concentrated pockets of poverty within the United States. It does not mean that these states do not have high earning households or wealthy residents, but it does show that these states have a lower percentage.

More stories from Jessica Bugg and writers in FYI and other communities.