Johnson Ends Up Bottom Of Tory Poll in Popularity.

by Nicholas Bishop about a month ago in Historical
Report Story 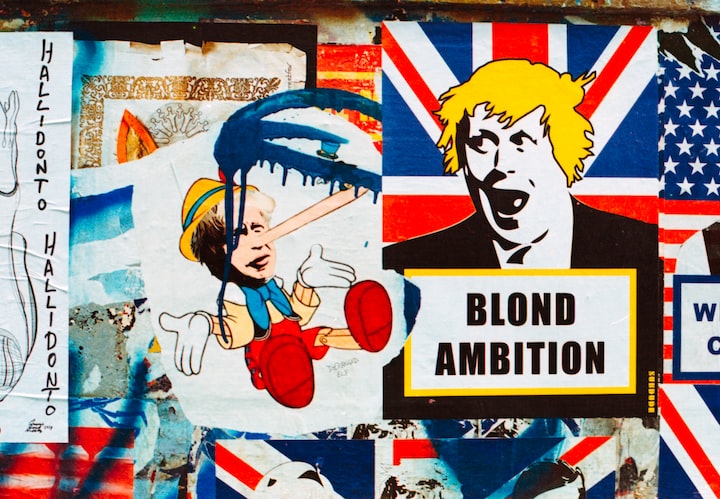 A poll commissioned by a Conservative website asked who could replace Boris Johnson. Liz Truss slotted in as third preference where as Rishi Sunak would appear to be out of the running. Mr Sunak once touted as Boris' heir apparent is now unpopular in the party. Mr Sunak has come unstuck because of his financial assets and also his marriage to Akshata Murthy. Liz Truss the current Foreign Minister imagines herself to be another Margaret Thatcher. However, Ms Truss though popular only managed to get into third postion.

So who did come first in the poll to replace Mr Johnson? A man who is the current Defence Secretary of the United Kingdom. A man who is leading the British response to the Russian invasion and subsequent war in Ukraine. This man is Ben Wallace a former army officer popular in the party and amongst Tory members. 755 Conservative members were asked the question who would be best placed to replace Boris?

15% of those asked this question said Ben Wallace. This enabled the erstwhile Defence Secretary to top this poll on the Conservative Home website.

The Prime Minister himself ended up bottom of the pile when it came to popularity. Boris is no longer well regarded in the party and with the membership to lead them into the next general election.

What has turned the Prime Minister from zero to hero since his 2019 general election victory? Yes, Boris struck a deal with the EU to leave the bloc but there remain gaping problems. Yes, this government were successful in rolling out the vaccine. Since those times Boris fell foul of the lock down rules and was fined by the Met Police. Sleaze stories emanate from this government every other week. Boris has lost by elections to the Lib-Dems and the Labour party. Boris survived a recent vote to call a leadership contest this was the biggest threat to his leadership. The threat to his leadership though has not gone away even now there are murmurs of rebellion. Johnson could face another vote of no confidence in a years time.

The question has to be asked if Ben Wallace replaced Johnson would the government be popular again? If people seeing what this government has done to this country are sensible the answer should be no. The government of Margaret Thatcher was corrupt and sleazey for sure, however, this government are beyond the pale. May and Cameron were useless but Johnson stands out in a league of his own.

More stories from Nicholas Bishop and writers in FYI and other communities.